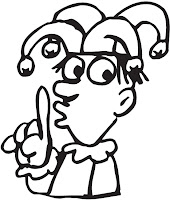 It's getting harder for the NRA to claim any moral ground at all, not to mention high ground. There is none any more. This Tucson lawyer, who was Arizona Representative Gabrielle Giffords campaign manager, hits the nail on the virtual head with this article. The NRA has just gone too far and as a result, innocent people have lost their lives and more will surely follow if nothing is done to stop the mythical power of the organization. From the article:

"The NRA not only dependably opposes limits on assault-rifle sales but even opposes reporting bulk sales of assault rifles. Last year, the NRA went to the mat to prevent anyone from cross-checking the names of those on the terrorist watch list against the names of those buying guns. These two actions clarify beyond argument that the safety and welfare of you and yours have simply dropped from the NRA’s list of priorities. The NRA represents gun manufacturers, end of story.

Now, handguns excel at certain things. They are unequaled at killing people at close range: quite useful for law enforcement officers and drug dealers. They’re genuine security in a drawer for those who have received unambiguous threats, like my friend Gabby Giffords. They’re even a useful, if dubious, tool to defend yourself from murderers and rapists breaking in at 2 a.m. That hasn’t happened to me in the past 60 years, but maybe your experience is different. NRA President Wayne LaPierre thinks it may happen to you tonight: If you search YouTube for “The NRA’s Circus of Fear,” you’ll find a collection of LaPierre’s reasons why he lives in fear, and his arguments as to why you should, too. Personally, I think that “living in fear” is inconsistent with being an American, and I’m not going to play."

Many in the gun rights community love to be "in your face." They are arrogant and argumentative, willing to throw their weight around to get their way. They don't much like gun laws unless of course the law will allow them to carry their loaded guns around in public places. Some of these folks have no common sense. Take this Colorado man who thought it would be O.K. to show up at a showing of The Dark Knight with a loaded gun strapped to his waist for all to see. Yes it's his right. But is it right? Why in God's name would a gun permit holder want to display his gun in a movie theater showing that particular movie in that particular state? I'm sure the gun guys will say it's because he has a right. Sometimes, dear readers, one must practice humility and restraint. People don't like seeing openly carried guns in public places. No one knows the intent of the gun carrier. Can you blame them? We live in a country where crazy people and criminals have easy access to guns and shoot people every day. How do you tell the difference between a law abiding gun carrier and a crazy person? You don't. How about doing the right thing and just leave the darned gun at home? If this guy thought he could save the day in that theater in the case of a "copy cat" shooting, he is sadly mistaken and his fear and paranoia has brought him to the point of total insensitivity and disregard for public sentiment. Where is common sense?

But it's legal, so why not? We live in a country where, in some places, front yard vegetable gardens are illegal, people can't buy Sudafed over the counter, but the purchase of 100 round ammunition rounds on the Internet is legal, openly carrying loaded guns in public places is legal in some states and the purchase of just about any kind of gun without a background check is legal in many states. In fact, not only is the purchase of high capacity magazines legal, we have made it possible where it once was not. According to the linked article about 100 round magazines, above:

The 1986 measure made two dozen changes to gun regulations, including lifting a ban on interstate sales of ammunition to consumers, allowing mail-order purchases and, eventually, Internet sales. The law, called the Firearms Owners’ Protection Act, also allowed dealers to sell weapons at gun shows and made it easier to cross state lines with firearms.

The Firearms Owners Protection Act of 1986 lifted the ban interstate sales of ammunition to consumers and paving the way for mail- order purchases.

Passage of the act, and the failure of gun-control advocates to repeal it in the decades since, illustrates the power of the NRA-led gun-rights movement over national firearms policy. The Colorado mass shooting, in which police say the suspect purchased 6,000 rounds of ammunition on the Internet, has prompted calls for legislation to limit mail-order sales.

“It’s time to stop, take stock, hold hearings and expose the issues,” said former Representative James Oberstar, a Minnesota Democrat, who backed the gun legislation in 1986 and now says allowing mail-order sales may have been a mistake. “Internet sales should at least be subject to the same background checks and scrutiny that is given to gun purchases.”

Thank you to my former Representative James Oberstar, who had the nerve to speak up even though he was an NRA "A" rated politician for most of his long career. He was beaten by tea party Republican Chip Cravaack, who is fully on board with the NRA's agenda. Where's the outrage? Instead, hush hush, don't talk about guns or reducing gun deaths and injuries. Don't talk about improving our nation's gun laws to improve public health and safety. Be quiet. We are better than this.

We know that the public wants to change the laws. They have told us that in poll after poll after poll. We know we can do better. We know that sales of guns without background checks is not a good idea. We know it's happening. We have plenty of proof in hidden camera video after hidden camera video. But yet- hush hush. Let's not talk about guns. Colin Goddard, Virginia Tech survivor and now Brady Campaign staffer, shows us how easy it is to make any kind of purchase without a background check at a gun show:

So where are we going now? Will the gun lobby put yet another notch in their collective belt? Will we sit around talking around the margins and not actually, once again, do anything to prevent gun deaths and injuries? Will we engage with each other to save lives? Dan Gross, President of the Brady Campaign is wondering the same. As he notes, even the usual suspects on the side of gun rights have opened the door for a common sense conversation that must happen if we are serious about public health and safety. From the article:

But still, far too many of our elected officials are not listening to the undeniable outcry from the American public. President Obama and Governor Romney should offer real solutions -- substantive plans to address an issue that will claim more than 48,000 lives during the term of the next president unless we do something about it. Leaders of both parties have gone out of their way to avoid talking about the role that gun policies can play in making us a safer nation. They have been more than comfortable - too comfortable -- to announce that they don't expect to do anything about this national problem any time soon -- even though an overwhelming majority of their constituents support sensible gun control policies.

The conversation we're advancing on WeAreBetterThanThis.org shows just how ready the American public is to address gun violence. We want solutions that will save lives. We are willing to put aside our political differences to find them. We know we are better than this. Now we must hold our elected officials accountable to show that they are too.

It's time for a conversation, to say the least. Our elected leaders should be held to a higher standard. They have been allowed a pass because most people have a misunderstanding that it's "hush hush" when it comes to gun talk. It might mean someone isn't elected. It's the fourth rail in politics now. It's not the right thing to do and most of our politicians actually know that. They do understand that we have too many gun deaths every day. They do know that mass shootings are tragic and senseless. They say what they think are the right things to say after these tragedies. And then they don't do anything about it because they wrongly think they can't. They should be ashamed of themselves. Polling, as in the most recent Frank Luntz polling data, show that they are wrong. America is ready for the conversation. So we must demand loudly and clearly that our leaders do the right and moral thing. We are better than this.

Dear readers,  One of the comments on this blog, which will not be published, exclaims that we can't have a real conversation about the gun issue because I moderate comments on my blog. As you all know, if I didn't, the rude and obnoxious and insulting and worse, gun guys would take over this blog. That is not conversation by any stretch of the imagination. When people like that say conversation, they mean that they get to determine the parameters and they get to shout down every one else and call them names. That is not the way things work. Conversation means respect for the opinions of others and being open minded. We have always remained open but this is not going to be a one-sided conversation. That is what it has been for too many years now, thanks to the NRA and their mythical power and control and the fact that they intimidate anyone who gets in their way.

Three men, count them, three brought holstered guns into a showing of "The Dark Night Rises" at a Tennessee theater:

After a theatre employee noticed a man enter with a holstered pistol, police were notified and the movie was stopped. Police entered the theater and asked the viewers who had entered with a gun.

At that point, three men -- not just one -- told the police that they were, in fact, armed.

While the Herald Citizen reports that all three men had legal permits for their guns, the theatre had a displayed sign prohibiting weapons. Because of this, the men were asked to leave the theatre and the movie was resumed.

Never mind following the laws already on the books. Laws don't matter to these guys apparently.
Posted by japete at 7:50 AM