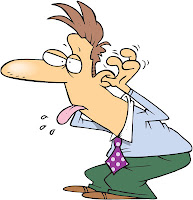 I have had yet another exchange in the comments section of my blog about whether "law abiding" gun owners shoot people. This, of course, is what the NRA and its' followers deny. It just is not possible that legal gun owners and/or gun permit holders do foolish things with their guns- or more likely, stupid and dangerous things. That's only those dangerous criminals out there. That's the argument for the need for guns for self protection. And yet, guns are used far more often for things other than self defense. People hunt with guns or shoot for recreation at gun ranges or other places. Target shooting is fun for some. I get that. Shooting at a target for accuracy is like a game of darts. One can feel a sense of momentary accomplishment if you hit the bull's eye. But then there are the foolish and dangerous "law abiding" gun owners who continue to do stupid and defiant things in the face of opposition or common sense. As I wrote about in my last post, a good number of "law abiding" gun owners continue to bring their guns into public places and shoot people.

I also wrote a post about gun target shooters starting wild fires in the Western U.S. These fires have caused millions of dollars in damage to homes and left many homeless. This is no small matter. The Governor of Utah would love to have temporarily banned target shooting in this state of emergency. But no way. The gun rights extremists think the Second Amendment allows them to use their guns wherever they please whenever they please. Public safety be damned. Yet more fires are now raging in Utah. According to this article, some have been started again by target shooting in the tinder dry woods:


With the state in the midst of a serious drought, officials have been able to clamp down somewhat on other fire hazards this summer, namely fireworks, but they've had a hard time doing anything about the gun enthusiasts, of which there are many. The Daily Beast recently dubbed Utah the second most-armed state in the country (though state officials dispute this). Laws passed in 1999 and 2004 bar state and local officials from imposing any restrictions on firearms during an emergency unless approved by the state Legislature. Such laws have been gathering steam across the country after reports from New Orleans during Hurricane Katrina that the local police had seized guns from residents during the state of emergency there. Virginia, for instance, just passed a version of the NRA-drafted bill that bans the state from prohibiting residents from carrying or transporting weapons in an emergency. More than 20 states have similar laws in place and the NRA is pushing for more.

In Utah, such "emergency powers" laws have made it difficult for the state to act during fire season. Earlier this summer, Utah Gov. Gary Herbert was reduced to using his bully pulpit to plead with shooters to give up their "foolish behavior," complaining that some of the people he represents were lacking in common sense. Finally, in early July, Herbert found a workaround by digging up an old state law that seemed to give the state forester the power to ban target shooting in areas of the state that were both unincorporated (much of the state park land) and at high risk for fires. The ban went into effect July 11. Last week, the federal Bureau of Land Management also imposed a ban on target shooting in some areas west of Utah Lake, near Love's stomping grounds. The BLM claimed that target shooters' bullets were getting too close to cars on the highway and residential areas, but given the timing the fire hazard was likely part of the calculation.

As much as Utahns love their guns, some may begin to recognize that some reasonable regulation might be in order—or at least those who don't want to see their luxury resort homes burn to the ground. Wildfires this year have already cost the state $50 million, and the season still has a few months to go. But as the fires near Park City may indicate, the modest new rules in place probably aren't enough to combat state gun owners' common sense problem.

I do need to quote one other section of this article here: " Last week, the federal Bureau of Land Management also imposed a ban on target shooting in some areas west of Utah Lake, near Love's stomping grounds. The BLM claimed that target shooters' bullets were getting too close to cars on the highway and residential areas, but given the timing the fire hazard was likely part of the calculation." Really? Aren't there enough shootings by stray bullets to cause concern? Bullets don't know where to stop and the very idea that it is possible for a target shooter's bullet to get too close to cars or neighbors should send shivers up our spines. I have written about more than a few instances of bullets from target shooters ending up in the bodies of innocent people nearby or narrowly missing people and cars.

There is no reasoning with the NRA and its' minions when it comes to public safety. Their rights trump everyone else's no matter the dangers caused by themselves. This selfish view of the world does them no good. If they want to know why the average person views the NRA as an extremist organization that doesn't represent most gun owners any more, they only have to look to themselves and their actions and rhetoric. The good folks in Utah now know that some of the wild fires that have caused the state and individuals so much damage were started by gun owners who have refused to follow the pleas of their own Governor to stop target shooting temporarily. This "in your face" behavior is like a bunch of teen-agers who defy their parents and refuse to follow the rules. Just because they CAN doesn't mean they SHOULD. There are times when doing something for the common good trumps everything else. Why is the NRA so inflexible? Enough. No more excuses for bad behavior. It's time for changes and time for our politicians to stand up to this reckless push to protect the rights of a few over the rights of the many. This kind of thinking leads to stupid and dangerous laws that hamstrings public officials in order to protect public safety. There is room here for a sensible national discussion and it's time to have it. Where is common sense?
Posted by japete at 9:45 AM