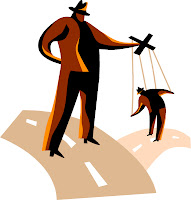 What gives? The NRA is at it again. When our U.S. Senators take a vote on the Disclose Act which would require that we know who is contributing to campaigns, the NRA will score the vote. This new threat by the NRA is just another example of the extreme nature of the group and the lengths to which they will go to threaten our elected leaders. Shame on them. From the article:

"In a letter opposing the DISCLOSE Act of 2012 — a bill to allow citizens to know what corporations and wealthy donors are paying for the “independent expenditure” attack ads enabled by the 5-4 Citizens United ruling — the National Rifle Association (NRA) is warning Senators it will score the issue in its legislative scorecard for this Congress.

The NRA opposes the measure — arguing that its “provisions require organizations to turn membership and donor lists over to the government” and would unconstitutionally abridge the right of citizens “to speak and associate privately and anonymously.” The legislation would merely require groups that opt to run outside political ads to tell voters which donors funded those efforts. By setting up a separate bank account for independent political spending, a group like the NRA would be able to keep its membership list private and would need only disclose the large money donors paying for the group’s campaign ads. Far from being unconstitutional, this sort of disclosure was explicitly endorsed in Justice Anthony Kennedy’s Citizens United majority opinion as “the less-restrictive alternative to more comprehensive speech regulations.”

In 2010, after supporters of the DISCLOSE Act agreed to exempt just the NRA from the bill, the group dropped its opposition. Now, without those special protections in the 2012 version, the group is taking no chances and is issuing a strong message to any Senator who might support political transparency. The NRA letter warns:

Due to the importance of the fundamental speech and associational rights of the National Rifle Association’s four million members, and considering the blatant attack on those rights that S. 3369 represents, we strongly oppose the DISCLOSE Act and will consider votes on this legislation in future candidate evaluations.

This, ladies and gentlemen, should not be acceptable in American politics. This exemplifies the very problem the Disclose Act would prevent. There should be no corporation or organization that can extort promises from elected officials that would go against the public good. Do we live in a Democracy or what? Or do we now live in a Plutocracy where the rich and influential can buy elections? Raise your hand if you think this is a good idea. I am hoping that this is a step too far. Actually, the NRA has gone too far many times before. But this overreach of power should be a strong and loud message to our elected leaders that the NRA is run by extremists who care not a whit for public good, and public health and safety. Where is common sense?

Remember again, "the guys with the guns make the rules."

I guess the word is out. I am not the only one to be writing about the overreach and extremism of the NRA to push its' agenda. This article by Juan Williams agrees with what I have written:

The NRA’s power to punish politicians who defy them was evident earlier this year when the group threw its money against six-term GOP Sen. Richard Lugar. In the Indiana primary, the NRA supported a Tea Party favorite, Richard Mourdock, because Lugar had voted to ban assault weapons.

The NRA put maximum political power into the Holder contempt vote in large part because it is feeling pressure from a smaller, but vocal gun rights group “Gun Owners of America.”

GOA is picking off NRA members by charging that the NRA has become too moderate and too close to the political establishment in Washington. The group reports only 300,000 members compared to the NRA’s massive membership of 4.3 million.

But the fear of losing members has made the NRA push the political limits in the name of self-preservation.

The line keeps getting pushed further and further into bizarre, nonsensical conspiracy theories — because that is what excites their base.

The leadership of the NRA needs members to be riled up about something so that they will continue to pay their dues. And in the post-Citizens United Supreme Court ruling, interest groups like the NRA are becoming even more powerful, with the ability to spend virtually unlimited amounts of money to support or defeat the candidates of their choice.

So for the politicians who need the NRA’s support, the facts of the Holder case are less important than the anger and zeal the gun group displayed in showing its political muscle.

The same dynamic has been on display in recent years as the NRA lobbied in state capitols to make it legal for gun owners to shoot anyone they felt was a threat to their safety. The “Stand Your Ground Law” is now at the center of the national uproar over the shooting of an unarmed 17 year old, Trayvon Martin.

Similarly, the NRA has used its political muscle to blind politicians to concern over the sale of extended magazine clips for handguns of the kind used in the attempted assassination of former congresswoman Gabrielle Giffords (D-Ariz.).

This month, the group is lobbying to defeat a modest small arms trafficking treaty at the United Nations over concern that it is part of an elaborate Obama-U.N. conspiracy to take away guns from Americans.

U.N. and U.S. officials have repeatedly said the treaty would in no way affect domestic gun ownership. Rather, it is designed to slow the international transfer of firearms to human rights abusers such as those in Sudan.

A FactCheck.org report shows the NRA openly misleading voters on President Obama’s positions. In the 2008 campaign, the NRA said the Obama administration planned to “ban the use of firearms for home self-defense.” It claimed Obama would ban “ammunition commonly used for hunting.” President Obama has not proposed any such bans.

But in total disregard of those facts, Wayne LaPierre, executive director of the NRA, promoted fear among gun owners earlier this year by saying the president is hiding “his true intentions to destroy the Second Amendment during his second term.”

The NRA’s heavy grip on the Democrats who voted against the Attorney General is just a hint of their much broader power over the House GOP.

As the power of the NRA and other special interest groups continues to rise on Capitol Hill, the public interest — good government — seems to be fading away.

The NRA doesn't deal in facts. Nor does it care about good government or the public interest.
Posted by japete at 11:36 AM