What is "self defense"? 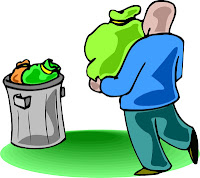 It turns out that the Stand Your Ground law in Florida has had mixed results. Read this article for more information:

" Seven years since it was passed, Florida's "stand your ground" law is being invoked with unexpected frequency, in ways no one imagined, to free killers and violent attackers whose self-defense claims seem questionable at best.

Cases with similar facts show surprising — sometimes shocking — differences in outcomes. If you claim "stand your ground" as the reason you shot someone, what happens to you can depend less on the merits of the case than on who you are, whom you kill and where your case is decided."

From the article, the Tampa Bay Times has done a report on the effects of the Florida Stand Your Ground law finding this:

The number of cases is increasing, largely because defense attorneys are using "stand your ground" in ways state legislators never envisioned. The defense has been invoked in dozens of cases with minor or no injuries. It has also been used by a self-described "vampire" in Pinellas County, a Miami man arrested with a single marijuana cigarette, a Fort Myers homeowner who shot a bear and a West Palm Beach jogger who beat a Jack Russell terrier.

• People often go free under "stand your ground" in cases that seem to make a mockery of what lawmakers intended. One man killed two unarmed people and walked out of jail. Another shot a man as he lay on the ground. Others went free after shooting their victims in the back. In nearly a third of the cases the Times analyzed, defendants initiated the fight, shot an unarmed person or pursued their victim — and still went free.

• Similar cases can have opposite outcomes. Depending on who decided their cases, some drug dealers claiming self-defense have gone to prison while others have been set free. The same holds true for killers who left a fight, only to arm themselves and return. Shoot someone from your doorway? Fire on a fleeing burglar? Your case can swing on different interpretations of the law by prosecutors, judge or jury.

I don't know if my readers will remember this, but the opponents of these laws predicted what the Tampa Bay Times has found. So now what? The laws are just not working the way they were intended. I suspect the NRA and its' minions knew this but pushed for the laws anyway. Now that the Trayvon Martin case has shed so much light on these laws and their consequences, they don't withstand the scrutiny they are receiving. Should the laws be repealed or amended? They may yet be and there are many reasons for that to happen.

This article was written at the time (2007) that more and more states had passed the Stand Your Ground laws. From the article:


In addition, the law does away with an earlier requirement that a person attacked in a public place must retreat if possible. Now, that same person, in the law’s words, “has no duty to retreat and has the right to stand his or her ground and meet force with force, including deadly force.” The law also forbids the arrest, detention or prosecution of the people covered by the law, and it prohibits civil suits against them.

The central innovation in the Florida law, said Anthony J. Sebok, a professor at Brooklyn Law School, is not its elimination of the duty to retreat, which has been eroding nationally through judicial decisions, but in expanding the right to shoot intruders who pose no threat to the occupant’s safety.

This bears repeating- " but in expanding the right to shoot intruders who pose no threat to the occupant's safety." Indeed. That is a problem. I had some arguments on my previous post about this with some of my commenters who have taken issue with the reality of the laws. I didn't make up the wording or interpretation of the laws. They are what they are. But the NRA tries to make them into something else altogether. Here is what the Executive Vice President Wayne LaPierre ( he who said the "guys with the guns make the rules" had to say about the laws in the linked article above:

Wayne LaPierre, executive vice president of the N.R.A., said the Florida law had sent a needed message to law-abiding citizens.

“If they make a decision to save their lives in the split second they are being attacked, the law is on their side,” Mr. LaPierre said. “Good people make good decisions. That’s why they’re good people. If you’re going to empower someone, empower the crime victim.”

The N.R.A. said it would lobby for versions of the law in eight more states in 2007.

Sarah Brady, chairwoman of the Brady Campaign to Prevent Gun Violence, said her group would fight those efforts. “In a way,” Ms. Brady said of the new laws, “it’s a license to kill.”

A needed message? Good people making good decisions? Tell that to Trayvon Martin's parents. Tell that to the many other victims of shootings after someone claimed self defense in the name of these laws. These laws, plain and simply, have given the "guys with the guns" all the reasons they needed to blow people away over property or things or over a suspicion that someone may or may not do harm. What happened to common sense? It went the way of a super lobby who persuaded our elected leaders, under penalty of withdrawing support, or gaining support and hefty campaign contributions, that these laws were needed. Their simplistic language even persuaded those who don't know much about gun laws that standing your ground should be expanded. After all, what is self defense? Surely we all should be able to defend ourselves, right? It turns out that we already could in the laws of most every state in the nation. But that wasn't good enough for the NRA or ALEC. They have an agenda and a vision for America where everyone is armed everywhere and should be able to shoot first and ask questions later. They needed more. Why? Good question. Ask the gun industry which has benefited from these laws. And then follow the money and power.

Do we have throw away people in this country? Real people have become the collateral damage of the NRA's agenda. Trayvon Martin for one. Darius Simmons who was moving the garbage cart in front of his house for another. Burglars who happen to run through the yard of a Texas home owner? And yet another- Bo Morrisson who hid in a Wisconsin man's back porch because of trouble at a near-by party, meaning no harm and unarmed. And how about Yoshihiro Hattori unfamiliar with American customs on Halloween who shows up at the wrong house for a party and got blown away by the home owner just because? Are these throw-away people? Is stealing with no intent to do harm a reason for being shot? Is getting the garbage innocently not realizing that the man next door thinks you stole his guns reason to be blown away by the man? Is innocently showing up at the wrong house on Halloween a reason to be shot? Is walking around in a neighborhood unarmed meaning no harm while wearing a hoodie a reason for a vigilante with a gun to shoot you? Laws can be amended or changed when it is obvious they are harmful. People's lives cannot be brought back when they are wrongfully dead. Let's not throw away our common sense in the guise of the NRA's dark version of self defense.