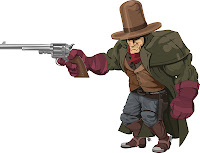 So rather than just add this to my previous post, I decided this one deserved it's own post. I wrote about the 2010 shooting in Texas of a teacher by a neighbor who claimed self defense after he provoked a confrontation during a rowdy party next door. Here is an update about remarks made during the trial. From the article:

" “He was a nuisance that thought he pretty much ran the street in a way,” said Jamie Johnson, one of Rodriguez’s former neighbors.   “He had us paranoid because he was paranoid. We didn’t know when he was going to go off. (...) The president of the Baytown Firefighters Union, who was asked not to go on camera by Harris County prosecutors because of the trial, told KHOU 11 News that Rodriguez was the first and only firefighter voted out of their union. The union felt he was divisive, prejudiced and always felt people were out to get him.

“He was paranoid to the point he thought somebody was going to do something to him,” Johnson said.

Johnson said Rodriguez often showed off his gun, argued with adults and children and had confrontations in his old neighborhood similar to what was caught on tape and showed in court Wednesday.

The video, filmed by Rodriguez himself, shows the confrontation with Danaher and his friends that led to the fatal shooting. While Danaher was throwing a party for his wife, Rodriguez came over with his video camera, flashlight and gun, complaining that it was too loud. Eventually, the partygoers and Rodriguez got into an argument, and at some point, Rodriguez opened fire. Three people were shot, but Danaher did not survive his injuries.

“He did that to my ex-husband,” Johnson said.  “He didn’t do that to us out here in the road, but police when they came to my house said he really knows his handbook real well because he used the right words.  He said that my ex-husband was coming at him in an aggressive way on his property.”"

He knows his handbook pretty well? He used all the right words? So you study your handbook when you get your conceal and carry license.You are given the right words to say in case you have to use your gun in self defense and claim Stand Your Ground to get away with shooting someone? One of my commenters to my last posting tried to tell me it was my side of the issue that misinterpreted what Stand Your Ground laws were all about. NOT. The guys with the guns make the rules and they know what they are doing. They have made sure they have been given licenses to kill. Paranoid people and guns are not a good combination. But that is the dark version of America the NRA is painting to get people to buy more guns and then to get away with murder. Rodriguez knew what he was doing when he confronted the people at the party that night. He was ready with the words, his gun, a flashlight and even a video camera to record that he had told people he would use his gun. What did he get in return? Someone saying they might have to get their own gun. Ah hah! Now he is afraid for his life because he baited someone into potential violence. So he shoots and kills one person and injures two. But it's not his fault. He was just practicing self defense. Does this sound familiar? Remember George Zimmerman? Remember that if he had just stayed in his car as he was told to do and not confront Trayvon Martin, Martin would be alive today. There are other such cases. There are other senseless shootings in the name of self defense and standing one's ground. There are too many victims. Before Stand Your Ground laws, these kinds of shootings were not happening and if they were, there were no excuses. That is what the NRA changed.

The NRA's version of America is a dark and paranoid one filled with fear. It is resulting in death. Just listen to the words of the NRA's Executive VP Wayne LaPierre from this article (and video) by Josh Horwitz in the Huffington Post:

It speaks for itself. Fear and paranoia rule in the gun world. Where is common sense?
Posted by japete at 11:02 AM