The real scandal about Fast and Furious 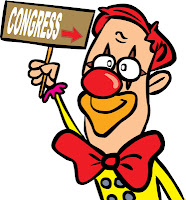 Have you heard? There's a conspiracy involved with the ATF's failed Fast and Furious program. According to the NRA's Wayne LaPierre, guns have been allowed to "walk" because Attorney General Eric Holder and President Obama wanted to pass new gun control laws in the U.S. Yup. That's right. Let Mexican citizens get killed by U.S. guns that the ATF watched "walk" over the border so we in the U.S. would be outraged and pass gun control laws. The only problem with this is that none of it is true. There wasn't a gun walking program with the Fast and Furious effort. From the above article:

" But none of the people promoting this theory have ever provided any hard evidence to prove its existence. Townhall News Editor Katie Pavlich breathlessly hashed out the conspiracy theory in her book, Fast and Furious: Barack Obama's Bloodiest Scandal and its Shameless Cover-up, on the shaky premise that the fact that some members of the Obama administration have supported gun violence prevention measures was evidence enough of an anti-Second Amendment plot. But even Fox News host Bill O'Reilly dismissed such claims as a "conspiracy thing." And for good reason; the "evidence" offered by Pavlich and other promoters is circumstantial and the theory's logic entirely speculative. In fact, Obama has expanded, rather than restricted, the right to carry a gun during his first term."


And further, from the Media Matters article above:

There are two problems with this argument. First, Obama only asserted executive privilege over documents generated after February 4, 2011. Fast and Furious was terminated in January 2011. According to the letter that DOJ sent to Obama asking the president to assert his privilege, the documents in question "were created after the investigative tactic at issue in that operation had terminated and in the course of the Department's deliberative process concerning how to respond to congressional and related media inquiries into that operation."

Secondly, presidents have traditionally asserted executive privilege over matters in which they are not personally involved. When President George W. Bush first used executive privilege in December 2001, he acted to shield internal DOJ documents. In a separate instance in 2008, his Attorney General, Michael Mukasey, advised the president that he could shield Environmental Protection Agency documents because "[t]he doctrine of executive privilege also encompasses Executive Branch deliberative communications that do not implicate presidential decisionmaking.

This article in Fortune magazine spells out for us in great detail how the program did and did not work. From the article:

Customers can legally buy as many weapons as they want in Arizona as long as they're 18 or older and pass a criminal background check. There are no waiting periods and no need for permits, and buyers are allowed to resell the guns. "In Arizona," says Voth, "someone buying three guns is like someone buying a sandwich."

By 2009 the Sinaloa drug cartel had made Phoenix its gun supermarket and recruited young Americans as its designated shoppers or straw purchasers. Voth and his agents began investigating a group of buyers, some not even old enough to buy beer, whose members were plunking down as much as $20,000 in cash to purchase up to 20 semiautomatics at a time, and then delivering the weapons to others."

And so, there was and is a problem with gun dealers and Arizona gun laws that was leading to many guns getting into Mexico. Should we have let that happen and not do anything? I guess that is what the NRA and their bought and paid for politicians want. The article contains lots of information that is helpful to the truth. But Representative Issa was and is not interested in the truth. Here's more:

Quite simply, there's a fundamental misconception at the heart of the Fast and Furious scandal. Nobody disputes that suspected straw purchasers under surveillance by the ATF repeatedly bought guns that eventually fell into criminal hands. Issa and others charge that the ATF intentionally allowed guns to walk as an operational tactic. But five law-enforcement agents directly involved in Fast and Furious tell Fortune that the ATF had no such tactic. They insist they never purposefully allowed guns to be illegally trafficked. Just the opposite: They say they seized weapons whenever they could but were hamstrung by prosecutors and weak laws, which stymied them at every turn.


Indeed, a six-month Fortune investigation reveals that the public case alleging that Voth and his colleagues walked guns is replete with distortions, errors, partial truths, and even some outright lies. Fortune reviewed more than 2,000 pages of confidential ATF documents and interviewed 39 people, including seven law-enforcement agents with direct knowledge of the case. Several, including Voth, are speaking out for the first time.


How Fast and Furious reached the headlines is a strange and unsettling saga, one that reveals a lot about politics and media today. It's a story that starts with a grudge, specifically Dodson's anger at Voth. After the terrible murder of agent Terry, Dodson made complaints that were then amplified, first by right-wing bloggers, then by CBS. Rep. Issa and other politicians then seized those elements to score points against the Obama administration, which, for its part, has capitulated in an apparent effort to avoid a rhetorical battle over gun control in the run-up to the presidential election. (A Justice Department spokesperson denies this and asserts that the department is not drawing conclusions until the inspector general's report is submitted.)

God forbid that we have rhetorical battle over gun control in this country. It always ends badly with distortions and downright lies by the gun activists. And now the House of Representatives, urged on by the NRA, is taking a vote to censure a sitting Cabinet member over false pretenses. This has never been done before in U.S. History. This is the scandal and the conspiracy that deserves investigation. And let's hope it gets its' day in a hearing. Sitting members of Congress, who knew little about the real program and didn't bother to ask, are willing to take this vote. Last night I heard a commentator on T.V. say that Darrell Issa was Joseph McCarthy on steroids. That is an apt assessment. Darrell Issa got drunk on his power as Chair of the House Oversight Committee. He wanted to bring down the nation's first Black Attorney General and President. He has over reached. The American people have not asked for this. The NRA has. And the NRA is such a bully that even some Democrats are willing to vote against their own party's Attorney General and President over fear of the repercussions of the most powerful lobby in the country. Why? This is an extremist organization representing a minority of Americans. But they are Americans with guns as NRA Executive V. P. Wayne LaPierre loves to tell us in the video below:

So what? Why listen to this group? Who are they? A withering minority of people who are so afraid and paranoid that they are willing to do or say anything to get their way. They have made up theories about the left and gun control folks taking away their guns and their second amendment rights if anyone even mentions the word guns. It is ludicrous. It is also leading to way too many victims of shootings in a country that leads the civilized world in rates of gun deaths and injuries. This damaging vote in the U.S. House is an extension of the NRA's dark version of America where no laws to prevent senseless shootings can be passed. And finally the Democrats have decided to act in unison to show their own contempt for the Republican led Congress by walking out of the vote. Good for them. At least some Congress members have integrity and common sense. Those two qualities are missing from Congress today. On the day of the historic Supreme Court vote to uphold the Affordable Care Act, a huge and reaffirming decision that will benefit all Americans, the Republicans chose to spew poison and vitriol. It is now easier to get a gun than to get health care in our country. We are upside down and backwards. Clowns should not be allowed to make decisions for the rest of us. But the vote took place anyway- 255-67 to hold Eric Holder in contempt of Congress. Shame on them. They will regret this outrageous and contemptible vote.


This important article from the Law Center to Protect Gun Violence sheds more light on the Fast and Furious program and supports the article in Fortune that I referenced above. From the article:

However, it is extremely plausible that prosecutors told ATF agents that they could not seize the guns. An ATF agent that sees an individual purchase 30 assault weapons from a gun shop and then load them into the trunk of a car is not witnessing a crime. There is nothing illegal about buying so many weapons at one time, under federal law or the laws in most states. Furthermore, there is no federal statute that prohibits a person who has bought a gun at a gun dealership from transferring that gun on the street to someone else without a background check or paperwork, or even checking the person’s ID. Only a handful of states have imposed stronger requirements. The NRA and other gun rights absolutists oppose any attempt to enact stronger gun laws that might impinge on gun industry profits. As a result, the original purchase of the gun and the subsequent resale would only be illegal in very specific circumstances involving complete understanding of the situation by the intermediary. And how could an ATF agent prove what was in that person’s mind?

Given the very narrow circumstances in which an ATF agent would have the legal authority to seize a gun, it is not surprising that guns ended up being used in crimes when ATF agents suspected they would. What is surprising is that Congress has chosen to focus on the ATF agents (and Eric Holder) rather than on the enormous gaps in America’s gun laws which enabled, and continue to enable, so many guns to end up in the hands of Mexican criminals, and which result in such massive losses of life. When are we going to decide to stop playing politics and demand that we need smarter gun laws in this country?

Exactly. Darrell Issa and his cronies in the House got it wrong. Weak gun laws in this country are to blame for much of what has happened in the carnage in Mexico. That is the scandal that no one wants to address because we can't talk about it. The NRA and its' extreme agenda for America has made this all possible. And Eric Holder and the Obama administration have been made into the fall guys for the hatred and vindictiveness of the powerful gun lobby that takes no prisoners to accomplish its' end. Fear and paranoia about gun laws rule the day- even if enacting better laws would mean saving lives and would do nothing to take away rights of law abiding citizens. Where is common sense?