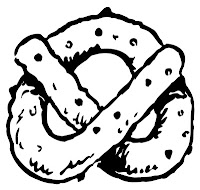 Just when you think you might know what's going on with the Trayvon Martin shooting, a new twist happens. The infamous George Zimmerman has a new problem. His wife was just charged with perjury. From the article:

"Shellie Zimmerman, 25, was released on $1,000 bond on the third-degree felony that is punishable by up to five years in prison and a $5,000 fine. George Zimmerman has pleaded not guilty to second-degree murder in the teen's slaying and had been out on bond after the April 20 hearing. However, Circuit Judge Kenneth Lester on June 1 revoked the bond and ordered Zimmerman returned to the Seminole County Jail. In a strongly worded ruling, Lester said the Zimmermans lied about how much money they had.

George Zimmerman's attorney Mark O'Mara has said the couple was confused and fearful when they misled court officials about how much money they had. A call and email to him on Tuesday weren't immediately returned.

Four days after he was released on bond, Shellie Zimmerman transferred more than $85,500 from her account into her husband's account, the affidavit said. The affidavit also said that jail call records show that George Zimmerman instructed her to "pay off all the bills," including an American Express and Sam's Club card.

A state attorney investigator met with credit union officials and learned that she had control of transfers to and from her husband's account."

Now let me get this straight. George Zimmerman is claiming self defense according to the Florida Stand Your Ground law. He got out of jail after finally being arrested after over a month of going free. Then he is let out on bond according to statements from his family about the funds available to him. Now he is back in jail because of these false statements made at the bail hearing. And then, his wife is arrested as well. I don't know about you, but people have to have serious doubts about the original claims of Zimmerman in this case. Was he ever telling the truth? Lying is not a good thing when you are accused of murder. Perjuring oneself is not a good thing when your husband is in jail for killing someone and you have made false statements to the judge.

It just gets more interesting doesn't it? And not in a good way. Common sense should tell us that these people have a lot more problems than they expected in this case. This is what happens when you have laws that allow the shooter to determine the outcome rather than a jury of his/her peers. Things get all twisted because the onus is on the shooter and not the victim. In most cases the victim is dead so the shooter can claim just about anything. But if they get caught with false claims, it makes a mockery of the whole legal and justice systems. That is exactly what the NRA wants. The twisted logic of the gun lobby is beginning to unravel. They are more interested in the self interests of their organization and their minions than in truth and public safety. They are getting caught just as George Zimmerman and his wife are now getting caught up in their own twisted web. This is the dark version of the NRA's world coming to fruition right in front of our eyes and being acted out in Florida in a very public way. Poor George Zimmerman thought he had the right to kill Travyon Martin for just being in the neighborhood wearing a hoodie while black. The NRA's logic and twisted world convinced him that he was right in shooting this innocent unarmed teen-ager. He believed in the fear and paranoia perpetrated by the NRA's agenda. Now he is in serious trouble.