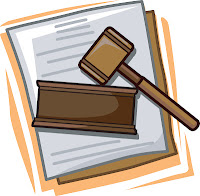 Even Stand Your Ground cases go wrong when a jury of peers is involved. This case of a Texas man shooting his neighbor over money is telling:

"A jury has convicted a Texas man for murdering his neighbor during a confrontation over loud music two years ago, rejecting a claim that he was within his rights to fatally shoot the man under Texas' version of a "Stand Your Ground" law.

Raul Rodriguez, 47, faces up to life in prison for the killing of Kelly Danaher, 36. Sentencing is scheduled to begin on Thursday.

"I'm just glad he can't hurt anybody else," Danaher's wife, Mindy, said. "I love my husband, and I miss him so much ... and he helped all of us get through this today."

It took the jury less than six hours Wednesday to decide between self-defense and murder. Jurors, apparently agreed with prosecutors that Rodriguez, a retired Houston-area firefighter, was a trigger-happy neighborhood bully.

"He felt like he had ultimate control, control to determine who lives and who dies," Donna Logan, Harris County Assistant District Attorney, said.

Rodriguez recorded the argument in May of 2010 when he killed Danaher, an elementary school teacher, and wounded two other people. The 22-minute homemade video was the key to the trial as Rodriguez's lawyers argued it was self-defense under Texas' version of the so-called "Stand Your Ground" law, which is also at the center of the Trayvon Martin case in Florida."

I wrote about this case the other day in this post. The fact that the man came prepared with his gun, his flashlight and a video camera ready to argue with and shoot his neighbors should send shivers up your spine. This man did not deserve to go free. Though he tried, his claim of self defense did not convince a jury. That is because his claim was totally ridiculous and cynical. Thankfully, some of the Stand Your Ground claims are so heinous that the shooter does not get immunity from prosecution and has to face a jury. But Rodriguez fully expected that he could shoot first and ask questions later. That is clear from this article:

One neighbor testified that Rodriguez, who had a concealed handgun license, bragged about his guns and that he told her a person could avoid prosecution in a shooting by telling authorities you were in fear of your life and were standing your ground and defending yourself.

Texas' version of a stand-your-ground law is known as the Castle Doctrine. It was revised in 2007 to expand the right to use deadly force. The new version allows people to defend themselves in their homes, workplaces or vehicles. It also says a person using force cannot provoke the attacker or be involved in criminal activity at the time.

Let's look again at that last statement:" ...a person using force cannot provoke the attacker or be involved in criminal activity at the time." What about that statement do the gun rights extremists not get? George Zimmerman apparently also believed that he could provoke Trayvon Martin and then shoot him in self defense. How has the gun rights community come to believe that Stand Your Ground laws give them the right to shoot someone even though it is clearly not in self defense? According to this recent study, to which I referred in a previous post, there has been an increase in gun homicides since the Stand Your Ground laws have passed in 23 states. Is that because permit holders have been drinking the NRA's "kool-aid"? These cases are self defense gone wrong. They are self defense to the extreme. That is what the NRA and its' minions have become. If you don't believe me, check out the biographies and extreme statements and actions of members of the NRA Board at Meet the NRA. Right there on the first page is a video of the recent rant of NRA Executive Director Wayne LaPierre who also brought us the "guys with the guns make the rules" statement. The result of this dark version of America is cases like that above and of George Zimmerman and other now exposed Stand Your Ground shootings discussed at the recent hearing in Florida about the law. People are speaking out about the law and did so in a recent hearing in Florida about the law.

After hearing from residents and experts on stand-your-ground cases, the group will prepare a report for Scott and the Florida Legislature. In doing so, officials hope to balance individual rights and public safety, Carroll said.

Trayvon’s parents and members of the Second Chance on Shoot First campaign, a coalition that includes New York City Mayor Michael Bloomberg, the NAACP and the National Urban League, held a rally outside Northland Church where the task force is meeting.

“We will be doing everything in our power to make sure these hearings broadly and accurately reflect the reality of shoot first laws,” said Chris Brown, a spokesman for the campaign. “We hope to demonstrate that the public is concerned about the recklessness of these laws and the negative impact they have in making communities safe.”

There is no common sense when it comes to the NRA's version of our country. Public safety should be of utmost importance in American life. We should be safe from the idea that just anyone can carry loaded guns into every public place in our communities. There are way too many senseless shootings in America. More guns have not made us safer.
Posted by japete at 7:32 AM