Yet another law abiding gun permit holder has problems 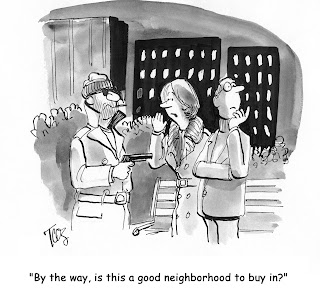 The NRA and the gun lobby has worked hard to pass laws in all but one state to allow people to carry guns around in public places. Of course, it is under the auspices of public safety and self protection. The only problem with their assertion is that it is wrong. Permit holders are in the news often enough for having shot someone in a homicide to raise concerns about our gun culture and our gun laws. I have written about them many times before and the Violence Policy Center is keeping track of the number of permit holders who have killed someone with their gun. These are previously law abiding gun owners who used their guns to commit heinous crimes. Some of these folks should not have had permits but got them anyway. George Zimmerman and Jared Loughner to name just two. And then, I have also written many times before on this blog about incidents of those guns carried by law abiding permit holders discharging accidentally in public places. Remember this Texas woman who was shot in her buttocks by an accidental discharge of a gun in the pocket of a man sitting in the same restaurant? Senseless. Sometimes people get killed by these errant bullets. Sometimes, people are injured and sometimes people are lucky and no one is injured or killed. Surely you remember the Wyoming teen who had an illegally concealed gun in her purse, given to her by her law abiding gun owner father for self protection, when her gun discharged when as dropped her purse. Stupid and dangerous. She was just plain lucky that no one was injured. And these are just a few. You can read about a lot more on the Ohh Shoot blog.

And then there is this local incident- a Minneapolis legal gun permit holder was robbed at gunpoint- only with his own gun. From the article:

Willie Merriweather was charged with first-degree aggravated robbery in connection with the May 21 incident, which happened in the area of 31st Street East and 3rd Avenue South. Police said an adult male was walking home in the area when a man, later identified as Merriweather, was walking the other way and suddenly slammed the victim into a parked car.

The victim hurt his arm and wasn’t able to defend himself. Merriweather allegedly searched the victim, eventually finding a pistol, and put it to the victim’s head while demanding valuables. The victim lost the gun and his wallet during the attack, police said.

So this permit holder was not able to get to his gun in time to defend himself. I thought that wasn't supposed to happen. The gun guys on this blog claim that they would be able to defend themselves or others in these situations. The man would have been attacked by this felon and his money would have been stolen in any event. But he wasn't able to protect himself with his own gun. Further, he was lucky that the criminal didn't decide to pull the trigger or even worse, use the gun to shoot someone else once he stole it from the permit holder. And this is also how legal guns get into the illegal market. I have just had a back and forth about that with someone on my previous post. The gun has not been found. Where is it? Who has it now? Surely if it gets into the wrong hands it will be used by someone who shouldn't have a gun in the first place. There is no common sense when it comes to the agenda of the gun lobby espousing that more guns carried by more people into more places will make us safer. And our House of Representatives, anxious to pander to the gun lobby, passed the George Zimmerman Act to nationalize the carrying of guns by all of those law abiding gun owners into any state in the nation. Shame on them. They want people like George Zimmerman and Jared Loughner to legally carry their guns everywhere they go. So far, the Senate has avoided taking a vote on this ridiculous law that will make us less safe. Why is that? Perhaps they don't want to admit that passing such a law after the national outcry about George Zimmerman killing Trayvon Martin and the attention paid to the NRA and ALEC passed Stand Your Ground Laws would be a really bad idea. They would be right. Stories like the one above show that carrying a loaded gun around in public places has not worked out the way the NRA said it would when conceal and carry laws were passed in almost every state of the country.

It turns out that the shooter of 6 people, including himself, in the recent mass shooting in Seattle had a legal gun permit to carry that loaded gun around in public places. From the story:

The gunman accused of killing five people in cold blood Wednesday had a concealed weapon permit even though he was becoming noticeably more volatile over time, his father said in an interview with KOMO News.

Walt Stawicki, the father of accused killer Ian Stawicki, says he knew his son was troubled, but there was nothing the family could do to get the concealed carry permit revoked.

"The response to us was, there's nothing we can do, he's not a threat to himself or others, or we haven't had a report of it, or we haven't had to pick him up - call us when its worse," Walt Stawicki said in a Thursday morning interview with KOMO Newsradio.

"And now it's too late - much worse now, six people are dead."

Walt Stawicki did not specify which agency refused to revoke the permit, or which agency had issued it in the first place.

The disclosure was one of several Ian Stawicki's father made as he tried to paint a fuller picture of his troubled son, who was unemployed and hadn't held a job in several years.