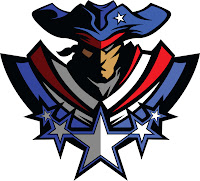 Raise your hand if you think it's a great idea for these Michigan militia members to get their arsenal of weapons back after serving time in jail. Really, where is common sense? I submit to my readers that when something like this can happen, there is something seriously wrong with our system. Yes, these 3 folks were acquitted while other members of their group were not. But really, what were they planning with all of these guns? Did they really have what was claimed to be a gun collection? Does one also collect ammunition just for fun if one is not planning to use it someday? From the article:

"There is a segment of our population that doesn't view Piatek's collection out of the ordinary," Weiss said, noting one of the agents who testified said he owned more than 30 weapons.

Piatek, Stone and Meeks were among seven members acquitted in March of plotting a revolt against the government that included killing police officers with guns and bombs. All faced up to life in prison, but their trial ended abruptly in March when Roberts concluded that the government failed to prove its case.

She let stand a handful of weapons charges against Hutaree leader David Stone Sr. and his son Joshua Stone. Both pleaded guilty to possessing a machine gun in plea deals and were released on bond.

Who is this "segment of the population" that finds it a normal every day activity to have a collection such as the ones described here?:

The weapons and ammo were seized from his Indiana home during an FBI raid in 2009, which led to his arrest. He was imprisoned for two years on charges that he helped plot an anti-government revolt

Remember now, these are the very same people that the NRA and its' minions want to become a "protected class" ( see my last post). We should worry about protecting these folks? Come on.
I had a really interesting conversation last night with a man who drives a security truck for pick-up of cash at businesses in town. He is armed every day because of his job. He leaves that gun at home when he goes out and about in the community because he, like many other gun owners, does not buy into the NRA's version of America. The idea that gun owners could become some sort of "protected class" of people seemed ridiculous to him. Like so many other gun owners, he believes in background checks for all guns sales. I know this because I asked him. He does not believe in the loose conceal and carry laws and is very opposed to Stand Your Ground Laws. He supports the restrictions on ammunition magazines so that "only" ten or twelve bullets can be shot in one round. He finds it ridiculous that anyone thinks they need more than that. He is a hunter. He is reasonable and told me he would never join the NRA. And he finds the organization to be irrelevant in today's world and understands that we should be trying to stop some people from owning and carrying guns.

But, as it turns out, all kinds of people who shouldn't be carrying guns in public do so anyway. In Florida, according to one gun permit "instructor", it's "pretty freaking easy" to get a permit. Great. How reassuring. Raise your hand if you think the following is O.K. with you:

I hoped to learn more about this in my class at Rieg’s Gun Shop, but there wasn’t any instruction at all. Together with three other students, I moved straight from filling out paperwork to firing a pistol. A store clerk, who functioned as the range officer and the “instructor,” handed us plastic shooting glasses and protective ear muffs. He told us to pick up a loaded Glock 19, fire two rounds at a target, and put the gun back down. I hit the center of the target with both rounds, which wasn’t hard; it was only five yards away.

By the time the shooting was done, my certificate was already printed. “Aram Roston has completed Firearms Safety Training,” it said. To get my concealed-carry license, I need to send the certificate, along with an application, photo, and fingerprints, to the division of licensing at the Florida Department of Agriculture and Consumer Services. I was told it can take up to several months to get the actual license back in the mail.

In the wake of the Martin killing, it is worth asking just how well Zimmerman—not to mention anyone else licensed to carry a gun in public places—understands Florida’s self-defense and gun laws.

Even though that wasn’t taught at Rieg’s, on one counter, over the used revolvers, a book was displayed for sale: Florida Firearms: Law, Use, and Ownership. Considered the Florida gun-owners’ bible, the book is in its seventh edition. At $31.50, it has sold 160,000 copies. I arranged to meet its author, Jon Gutmacher, for coffee the next day.

(...) But “if you actually go and punch me in the nose, and I shoot you,” he said, “I’ve committed manslaughter, because I’ve used excessive force.”

As for warning shots—fired into the air or at the ground—they are a legal no-no. In Florida a warning shot carries a 20-year mandatory minimum sentence.

The irony is that if Zimmerman had merely displayed his weapon to Martin, or if he had fired shots in the air, he could be subject to a lengthy prison term. But under Stand Your Ground, actually killing an unarmed person can, in some cases, be legal.

Earlier this year, a Miami judge ruled it was a justifiable use of deadly force when a man chased down and stabbed a suspected thief to death, because the suspect had swung a bag of radios at the man’s head. In contrast, when a  31-year-old woman named Marissa Alexander fired a gun in her own home during an altercation with her husband, who no longer lived there, her Stand Your Ground defense claim was rejected. Last week Alexander was sentenced to 20 years in prison, even though the round she fired injured no one.

(...) Zimmerman’s case could turn on another idiosyncrasy in Florida law—a nuanced provision related to who provokes a deadly confrontation. The law states that a defendant can’t “stand his ground” and use deadly force if he “initially provokes the use of force against himself or herself.” Prosecutors will almost surely argue that Zimmerman provoked the confrontation with Martin, and for that reason is unprotected by the law.

But even that is open to interpretation: What does it mean to “provoke” force? Can it be taunting? Pushing? Must it be physical?

And finally, Roston wrote this in the linked article:


A week after getting my certificate, I called Reig's with some follow-up questions. Chuck McCulley, who identified himself as a co-owner of the store, said he had heard about my visit and apologized for the lack of training I’d received. He said that no one should get a concealed-carry permit without adequate training in either gun safety or the law, and told me that the manager who had overseen my training didn't work at the store anymore.

“We’re covered legally,” McCulley added, “but ethically I think we’re wrong. I have fixed the problem and it will never happen again.”

Right. So only after Roston took the "training course" and found it to be not only wanting, but woefully inadequate for training untrained people to carry loaded guns around in public, did the gun shop "instructor" decide he would have to change things. Once it became public that the training provided was totally insufficient, the owner decided maybe he should do the right thing. Even then, the training is questionable as I have written about previously. Do these people ever wonder about who they send out to the Florida communities with loaded guns? Why would they if all they care about is making money? Public safety? - not so much. More loaded guns carried by unqualified and/or dangerous people will just plain not make us safer. If you believe that, I have a bridge to sell you....... Our elected leaders have been fooled into thinking the loose gun laws in place all over America are not a problem. They are wrong. Because of their pandering to the gun lobby, people like George Zimmerman have been allowed to carry loaded guns in public places. Folks, we live in a country where members of a militia group, jailed for a while because of accusations that they were allegedly plotting an overthrow of the government get their guns back. And not just one or two, but an arsenal or a "collection" as they claim. Why is this O.K.? Why does our legal system let this happen? Where is common sense?