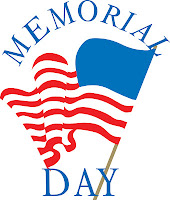 This week-end is set aside to remember veterans of war. This morning, this article by local Duluth News Tribune writer Sam Cook, describes the experience of a local World War II veteran. There have been many veterans flown to Washington D.C for Honor Flights to visit the World War II Memorial. I have been to this memorial and found it to be very moving. I wrote about it once before. My Dad served in the Red Bulls Infantry division of the Army in World War II. He saw combat action in north Africa and Italy and was there to march into Rome after Benito Mussolini was captured and executed. The memorial in World War II has monuments dedicated to each theater of the war and is so well done that one can find it to be a true memorial to those who fought for our country in the war and lost their lives while fighting or lived on with their own memories of the battles. My Dad lived for many years after serving in the war but not without some internal scars that kept him up at night with panic attacks. His talk of the war was not about the awful sights he saw, or his fallen comrades, or the terrible conditions he endured, but about the camaraderie of the people with whom he served. This group stayed together for many years with yearly get togethers where they re-lived their experience and remembered those who died during the battle and eventually, died of natural causes years later. These yearly reunions became a part of my life as well as I heard my parents talk about them with fondness.

As a country, we have finally recognized that serving in war zones can cause many problems other than physical injuries suffered during battles. Post Traumatic Stress Disorder (PTSD) is now recognized as a real disability. Thank goodness for that since my own brother was diagnosed with it many years after serving in Viet Nam as a foot soldier. It has been a difficult road for him and has led to all kinds of other problems with his health. Luckily, he has received wonderful help from the Veterans Hospital system and the local Vet Center. I can't say enough about the care he has received and the benefits he receives as a Veteran. They are well deserved and have made his life easier to live. I blogged recently also about suicides of American veterans and the alarming number who have ended their lives with a gun once they have returned home with their emotional scars. These veterans are also to be remembered this week-end.

So to all veterans and family members of veterans of American wars, I wish a good Memorial Day week-end and a chance to remember those in your own life who have served and now serve in our country's military. These men and women deserve our respect and admiration for what they have experienced or are experiencing during their service to our country.

As of this month, I have been writing my blog for three years now. There have been almost 300,000 views of my blog since I started writing and thousands of comments made, most of which take issue with what I write. I can see that many people are reading but not commenting. I believe that common sense will prevail concerning gun violence prevention as bloggers and organizations dedicated to reducing and preventing the many shootings happening daily in America are writing more and getting the message out to more people. Because I write a blog about gun violence prevention, I want to talk about America gun deaths as they compare to deaths of Americans because of war. More people have lost their lives to bullets on the streets and in the homes of American communities than American military members serving since the Viet Nam war:

Between 1955 and 1975, the Vietnam War killed over 58,000 American soldiers – less than the number of civilians killed with guns in the U.S. in an average two-year period.4

In the first seven years of the U.S.-Iraq War, over 4,400 American soldiers were killed. Almost as many civilians are killed with guns in the U.S., however, every seven weeks.5

Here are some charts showing the stunning number of Americans who have lost their lives in American wars since the Revolutionary War. Seeing these numbers makes us aware of the carnage of war. We should also consider, as I do on this blog, that the number of Americans who die every year due to bullets should make us aware of the carnage right here in our homes and on our streets, schools, churches, and wherever people shoot other people. I found this interesting article from PolitiFact checking the accuracy of a Doonesbury cartoon strip which noted that in the nine years since the 9-11 attacks 270,000 Americans have died from bullets not having to do with war. From the article:


"What are we like as a people?" Slackmeyer muses to himself in his studio. "Nine years, ago we were attacked -- 3,000 people died. In response, we started two long, bloody wars and built a vast homeland-security apparatus -- all at a cost of trillions! Now consider this. During those same nine years, 270,000 Americans were killed by gunfire at home. Our response? We weakened our gun laws."

And then the article checks on these facts and finds them to be "mostly true". Again, from the article:

The only thing that threw us was how the strip had described where the deaths occurred -- "270,000 Americans were killed by gunfire at home" (our emphasis).

Initially, we took that to mean that 270,000 Americans were literally killed in or near their homes. And we knew that couldn’t be right, because the number both we and Trudeau calculated included all gunfire deaths, wherever they had occurred.

When we asked criminologists for guidance on what percentage of gun deaths occur at home, they said the statistics on that question are scattershot. James Alan Fox, a criminologist at Northeastern University, provided data on Chicago homicides from an amicus brief he wrote for a Supreme Court case. Since 1965, the ratio of outside-the-home handgun homicides in Chicago to those occurring at home has tended to bounce around from about two-to-one in the 1970s to about five-to-one in the 1990s.

So if one interprets "at home" to mean in or near someone’s home, the numbers Trudeau calculated wouldn’t be correct.

When we raised this point with Trudeau, he said that wasn’t what he meant: "I didn't say ‘in the home,’ I said ‘at home’ as opposed to abroad, where the wars are. Failure to communicate clearly, I guess. Rats."

So if we take the figures to mean that Americans are dying in large numbers here "at home" as compared to those fighting wars in foreign countries, it is, of course, true that a stunning number of Americans continue to lose their lives to gunfire in our communities. Many of these actually occur in homes, many in other public places. The point made is true. Every year, 100,000 Americans are shot. Of these, about 30,000 die from their injuries. This includes homicides, suicides and accidental shootings. Where is the outrage about these deaths? What are we doing about this carnage? It has taken 10 years to get out of the war in Iraq and more to get out of Afghanistan. Americans are tired of these wars and want our military members out of the war zones where their lives are at risk. Americans should also be tired of the deaths due to shootings right here "at home." But as long as our elected leaders choose to ignore this public health and safety problem and as long as the NRA's agenda is adhered to, we will continue to see the carnage. The NRA represents a shrinking number of Americans. Once the public and our politicians decide to stand up to this minority and stand up for victims, common sense might actually happen. If you don't like the NRA's version of America, stand up and let your elected leaders know how you feel.

And Happy Memorial Day week-end wherever you are and whatever your plans are for this American holiday. I find it interesting that this day of remembrance was started by women who wanted to decorate the graves of fallen Civil War soldiers, most likely their own relatives. From this article:


There is also evidence that organized women's groups in the South were decorating graves before the end of the Civil War: a hymn published in 1867, "Kneel Where Our Loves are Sleeping" by Nella L. Sweet carried the dedication "To The Ladies of the South who are Decorating the Graves of the Confederate Dead" (Source: Duke University's Historic American Sheet Music, 1850-1920).

I would suggest that we have a national day of mourning for those who have died due to gun injuries. We would remember 30,000 people every year.
Posted by japete at 9:22 AM