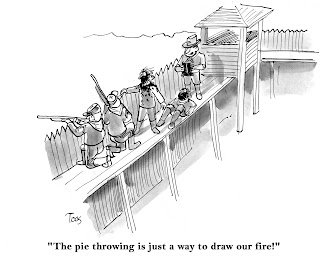 While perusing my Twitter account, I came across the following articles about the gun wars going on in cities all over America:
3. Champaign-Urbana, Illinois is also concerned about recent shootings:

With three shooting deaths in Champaign-Urbana in the last week, local law enforcement officials and community leaders are beefing up their efforts to warn people about gun violence.

Police departments in Champaign and Urbana say cases of shots being fired are on the rise, and so are incidents in which young people use fake guns to intimate other people. From 2011 to 2012, the number of reported shots fired went up from 47-to-76 In Champaign and 17-to-49 in Urbana.

“Parents must have a real conversation with their children about the dangers of firearms,” Cobb said. “In the past two months, officers have seen an increase in gun violence as well as young people intimidating violence with fake guns. This is not acceptable, and cannot be tolerated.”

Urbana Police Chief Patrick Connolly said it is important to treat all firearms as if they are real and loaded, and to call 911 for help on safely securing a weapon, especially if children are around.

And that's just a few of many; our cities are at war with gun violence; bullets are flying on the streets of cities all over America. Where is common sense? Let's talk about some recent blog posts that highlight the gun war happening in our country. The latest New Trajectory post does some comparisons between American gun deaths and deaths of American military personnel in wars since WWI. It is not a pretty picture. The charts on the blog are well done and illustrative of a very real, but ignored problem right under our noses. From the blog post:


Make no bones about it:  The number and rate of shootings here in America shows that we are at war, a war more deadly than any other war we've fought since WWII.  But the enemy isn't across a trench or hiding in a cave.  The enemy is our lax gun laws, allowing with surprising ease the ability of guns to get into the hands of those who shouldn't have them.  The battlefield is anywhere guns are present:  our towns, our streets, our homes.  It's time to make a new trajectory for our nation away from gun violence.

Another blogger had the same idea this Memorial Day. Nasty Jack writes about the true agenda of the NRA:


It is interesting that the NRA initially supported the Gun Control Act of 1968 and even helped draft portions of the bill that was introduced by Senator Thomas J. Dodd, Democrat of Connecticut.  Then it later turned to its true nature and opposed the law.  Wayne LaPierre has served as the NRA head since 1991 and during his reign has produced the loosest gun laws ever enacted in the U.S., perhaps the world, which have resulted in a rapid increase in gun deaths.

So, why is this happening and what can we do about it? For one, we don't have to accept the NRA's version of America where just about anyone can carry a gun everywhere they go. That is a stupid and dangerous version of public safety. The core of the ridiculous arguments of the NRA and the gun lobby go something like what this author from Crooks and Liars just wrote:

Guns fall into the wrong hands all the time. More guns and fewer requirements for ownership doesn’t curb this. George Zimmerman was the wrong hands. Zimmerman, a Florida man now infamous for shooting an unarmed black teenager at close range after a 911 operator told him not to engage the alleged suspect and wait for police to arrive, is now being defended by said hyper-political gun owners. There’s no reason a Neighborhood Watch captain should be patrolling his block with a criminal record and a pistol. Zimmerman was a catastrophe realized. Even in the wake of new evidence about this case, the fact remains if Zimmerman didn’t have a gun, 16-year-old Trayvon Martin would be alive.

And once again, Stephen Colbert of Comedy Central has it right about the ridiculous gun culture in America. Here is a video of some of his skits about the "hot button" gun issue:


Is this the world we want? Felons getting gun rights back? Fear of President Obama because he hasn't done anything to take away guns and gun rights? Crazy stuff, but nonetheless espoused by the NRA and its minions. The NRA doesn't care if guns fall into the wrong hands as long as their members have their own and, by the way, their own arsenals just in case.... just in case of what? Oh yes, in case the "jack booted government thugs" come a knockin' at their doors. And, oh, by the way, some of these folks have formed their own militia groups about which I have written and now, another great post from New Trajectory, lists some of the groups and their suspect activities:


But as we consider our patriotism, think for a moment about those who espouse a more violent interpretation of what it means to be patriotic.  In particular, so-called "citizen militias."  They like to pass themselves off as average citizens who are concerned with helping to protect their communities.  In reality they are gun nuts who, if you visit their websites, are insurrectionist anti-government types who stockpile weapons, play soldier in the woods, and often have racist views, hiding their extremist views behind a radical interpretation of the Second Amendment and glorification of a slanted interpretation of Revolutionary War history.  It is an insurrectionist philosophy which the NRA actively supports.  Sadly, these philosophies attract people who are violent and sometimes terroristic, often with tragic consequences.

This, too, is the version and the vision of America espoused by the ever more extreme NRA and others in the gun lobby, some of whom are amassing weapons in huge supplies just in case...... Any excuse to use a gun is just the thing for these folks. And not only that, but the fact that reasonable gun laws are turned aside and fought against by the version of the NRA now on display means that felons, adjudicated mentally ill people, domestic abusers, teens, terrorists, drug abusers and others are walking our streets with guns because we've done little or nothing to stop them. And so we have gun battles on the streets and in the homes of our cities. People are shot to death every day in senseless acts of violence. People shoot themselves every day in gun suicides. Children shoot themselves, siblings or friends every day because an adult in their life had no common sense. You can read about the many times this happens at the Kid Shootings blog, to which I contribute stories. Tragic, stupid and dangerous things happen every day. As we say on the blog: "Every gun in the hands of a child or teen must first pass through the hands of an adult." As adults, we are responsible for the safety of our children. As adults, we are responsible for doing the right thing to keep Americans safe from gun deaths and injuries. As adults, we can demand that something be done to change the gun culture and the gun laws to make us all safer. So let's get busy and do something about this irresponsible lack of attention to and action about a public health and safety problem in our communities.

UPDATE:
I find that I must add yet another tragedy of stray bullets flying in the streets of America. This senseless shooting of a young man happened in Seattle and was mentioned in the above article. Here is another article from the Ohh Shoot blog about this shooting:

A stray bullet hit Justin in the head. Justin died at the scene, in his father's arms.

This is the second Seattle resident to be killed in a random shooting in the past month. In April, Nicole Westbook, 21, was walking in Pioneer Square when she was killed by gunshots from a moving car.

No arrest has been made in either killing.

Saturday afternoon a man was walking near the Folklife Festival in Seattle when he was hit by a stray bullet. Ryan Burr was waiting at a crosswalk with two men started fighting nearby. One of them pulled out a gun and opened fire. A bullet passed through Ryan's calf. He was taken to the hospital and treated for non-life threatening injuries. Police have arrested a suspect in the case.


UPDATE: 5/30
Some of my readers have insisted that the war in our cities is due primarily to gangs. That is because they love to have someone to blame for all of the gun violence. This new article proves them wrong. From this article:

Seattle police officials Tuesday told the City Council that the outbreak of violence through Memorial Day weekend and since the beginning of the year has more to do with guns than with gangs.

Deputy Police Chief Nick Metz and Assistant Chief for Operations Paul McDonagh said that while gang activity has played a role in the 20 percent jump in homicides this year, the common denominator is guns.

"A person who has a gun is more likely to use a gun," said Metz after the weekly council briefing.

The police officials outlined plans to curb violence, including an increase in emphasis patrols in areas with high crime and a high number of violent incidents. They also called on community members with information about crime to contact police, even anonymously.

Well said, and oh so true. It's the guns, stupid.

UPDATE: 5/31
Five more are now dead in a shooting in Seattle. Read about it in this article. " Gunfire erupted late Wednesday morning at Cafe Racer, a restaurant and music venue north of the University of Washington." Gunfire erupted. These are words used to describe gun battles in war zones.