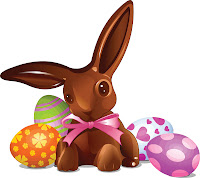 Some on this blog continue to be upset with me because I write about law abiding gun owners shooting people. It needs to be said again and again that I don't make these things up. The incidents just keep happening. Yes, I know that criminals shoot people every day with their guns. Where do they get their guns? We've gone around the block dozens of times about that. And the two sides come to different conclusions. The side of preventing gun injuries and deaths knows that some of these criminals could be stopped from buying their guns if our leaders weren't so afraid of the NRA and its' minions. These are the folks who yell about criminals with their guns but every time someone proposes a sensible measure to stop them from getting their guns, they yell even louder against it. Go figure. Do they want criminals to have guns so they have an excuse to carry their guns around in public places in case they run into a criminal with a gun? If we had fewer criminals with guns, what would be the excuse for carrying in public? Many of us, in fact the majority of us, get along just fine without our loaded guns in public places. About 2-3% of eligible people have gun permits in the U.S.  Except of course in Florida, where about 6% of people carry. From the article:

Under Florida's concealed-carry law, residents don't have to explain why they want to carry a gun or demonstrate they can hit a target.

Applicants must pass a criminal background check and a class lasting up to four hours on self-defense law, safe gun handling and marksmanship.

In Texas, applicants must pass a 10- to 15-hour class and a timed shooting test with a minimum score of 70% while firing 50 shots over three distances.

Texas has about 6 million more residents than Florida but half as many concealed-weapons permits, according to records from the Texas Department of Public Safety. Texas' 461,724 permits amount to one for every 37 adults.

In Florida, about one of every 17 adults has a permit.

California, twice as populous as Florida, has just 38,122 active concealed-weapons permits, according to the state attorney general's office. That's one for every 688 adults.

Then again, Florida also was the first state to pass the modern "conceal and carry" law in 1987 and the first to pass a Stand Your Ground law in 2005. And now, of course, because of the shooting of Trayvon Martin by George Zimmerman while on a neighborhood watch on February 26th, we all know about Florida's gun laws and Florida's gun toting citizenry:

Florida has about 900,000 licensed concealed weapons carriers, far more than any other state and nearly twice as many as Texas.

The number of "justifiable homicides" — typically shooting deaths deemed legal under stand your ground — has tripled in the last seven years.

A representative for the NRA, which has given millions of dollars in political donations, did not respond to requests for comment. Florida's top NRA lobbyist, Marion Hammer, declined to comment, citing "media bias and slant" against gun rights.

To be sure, even as gun rights and ownership have expanded, most of the tragic scenarios predicted by opponents of gun rights have not played out. However, murders by firearm have increased 45 percent since 1999, despite an overall dropoff in violent crime, according to the Florida Department of Law Enforcement.

Police reports show that Zimmerman used a Kel Tec 9mm gun in the Martin shooting. Manufactured by Florida-based manufacturer Kel Tec CNC, the semiautomatic weapon is a popular choice for gun owners, selling for about $350.

Zimmerman was licensed to have the gun despite a prior arrest on a charge of assault on a law enforcement officer, which was dropped and domestic battery complaints. Unlike states that allow police to deny license applications based on personal character and arrest history, in Florida almost anyone who hasn't been convicted of a violent crime can qualify for a weapons license.

Florida received a score of 3/100 on the Brady Campaign's state scorecard. The state's gun death rate is 12.67 per 100,000. Texas received a score of 4/100 on the Brady Campaign's scorecard. The state's gun death rated is 10.69 per 100,000. The website of the Violence Policy Center shows that states with less restrictive gun laws have higher rates of gun deaths. In addition, states that have looser gun laws provide crime guns for states with more restrictive laws. This article about the shooting of 4 Brooklyn police officers yesterday by a man who shouldn't have had a gun in the first place, highlights that crime guns in states with strict gun laws often come from states with looser laws.

Mr. Foxworth, 33, fired his 9-millimeter Browning semiautomatic handgun 12 times at the officers, the police commissioner, Raymond W. Kelly, said at the hospital. In the couple’s apartment, the police said, they also found a sawed-off, military-style assault rifle equipped with a scope, and a defaced 22-caliber revolver. (...)

“We have now had eight — that’s correct, eight — members of the department shot in the last four months,” Mayor Michael R. Bloomberg said on Sunday at a news conference at Lutheran Medical Center, where the officers were being treated. “And this is the second time in the last 24 hours police have been fired upon by armed assailants.”

“All the shootings have a disgraceful fact in common: all were committed with illegal guns that came from out of state,” he added. “And that is the case with nearly every shooting in our city.” (...) The handgun Mr. Foxworth fired was originally bought in Wilmington, N.C., Mr. Kelly said. The sawed-off rifle had been stolen in Florida.

In this editorial piece, Mayor Bloomberg called it an "Easter miracle" that the officers were only injured and not killed.

Across the country, more than 80% of gun owners support simple fixes to the background check system that would help stop the flow of guns to criminals. The ideologues who run the gun lobby don’t want us to know that, but it’s true.

Americans of both parties support common-sense steps that would save lives and protect our police. But the gun lobby doesn’t, and it has scared Washington silent.

That silence echoes across every big city and small town. We hear it every day, in the sounds of bullets flying, the sobs of children crying, and the gasps of innocent people dying. We hear it in the wail of bagpipes, and the words of mourners. We hear it in the voids that are left behind in our communities, and in our hearts.

Washington’s silence is a shameful betrayal of public trust. Federal law says that criminals cannot buy or possess guns — but they do, every day. And Washington just stands by as thousands of innocent Americans — and police officers — meet their death.

Peter Figoski and his four daughters deserved better from our country. But we can stop the next murder of a police officer — and keep our streets safe — if more people join our fight in Washington.

Go to fixgunchecks.org and tell those in Washington to act now. And until they do, keep the members of the NYPD in your thoughts and prayers.

Indeed. Four armed police officers were injured by one man with a gun. New York received a score of 62/100 on the Brady Campaign state score card for gun laws. Gun deaths per 100,000 in New York are 4.95. The numbers speak for themselves. Even Texas, often thought of as a state full of gun toting cowboys, has fewer permit holders than Florida, according to the first linked article above. But Texas has its' share of shootings. One just occurred at a huge "beach party" with at least 2 injured, 1 now dead. Over the Easter holiday, more shootings occurred. In Tulsa, OK, 2 white men have been apprehended for alleged shooting 5 black males, 3 of whom died from their gunshot injuries. This article indicates that one of the shooters had posted a racial remark on his Facebook page and seemed to have revenge on his mind after his own father's shooting. The Brady Campaign gave Oklahoma a score of 2/100 and a gun death rate of 14.08 per 100,000. And while I'm talking about Easter shootings, check out this lovely Easter message:

Fun times all the way around. Where is common sense? Me, I'm happy to just eat the chocolate rabbits and enjoy a more peaceful day with my family. Shootings don't take a holiday. They continue unabated and will unless we choose to address this national public health and safety problem. It's unacceptable to do nothing. But nothing is what our national and state elected leaders have chosen to do. In the linked article above, New York's Mayor Bloomberg used the word shameful. If you think what's going on America is unacceptable and shameful, it's time to get involved and demand action.