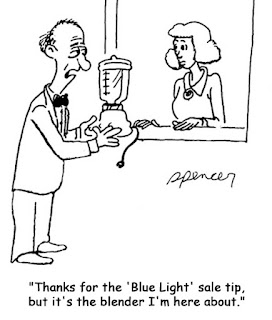 So, what are we to make of this tragic shooting of an officer in Texas gunned down unprovoked by a drunk armed man in a Wal-Mart? After reading this article some thoughts that are related to officer shootings, guns in public places, gun laws, ALEC, and guns for self defense came to mind:

Are there any conclusions to be drawn? An armed person cannot always defend themselves from another armed person who intends harm and surprises them with an unprovoked attack. A gun is not always needed to stop armed people from doing more harm. (See the Tucson shooting and Chisholm, Mn. bar shooting). The armed man in Austin, Texas killed someone for no reason. He almost seemed proud to have killed the officer ( according to the linked story above). The armed officer didn't have a chance. If the drunk man had been unarmed, the officer would be alive today celebrating the holiday week-end with his family. Loaded guns in public places are a bad idea ( see links above to shootings at Wal-Mart stores)

There are criminals with guns and law abiding gun owners with guns amongst us in public. We have loosened laws allowing "law abiding" people to carry guns in public to protect themselves from armed criminals in public. More people are allowed to get permits. They can carry in more places. Permits are not required to carry in some states. Getting permits in some states involves only an on-line application with no requirement to be trained in how to handle a gun or even to actually handle a gun. Meanwhile, why have we not passed better laws to prevent criminals from getting their guns in the first place? ( see NRA). Indeed, the NRA has actually pushed for laws to allow felons to regain their gun rights. Requiring background checks on all gun sales (so even guns purchased from private sellers would undergo background checks) have met with strong resistance from the NRA. The laws that are already on the books allow people to fall through the cracks:


n 2005, the latest figures available, the Justice Department determined that more than 3,000 people walked out of a gun store with a firearm that they should not have been able to buy, because records later revealed they were felons or otherwise prohibited from owning a gun.

At that point, it's up to the Bureau of Alcohol, Tobacco, Firearm and Explosives to get the gun back.

"Imagine you're law enforcement and you're sent to retrieve the firearm from the felon who bought it or the domestic violence offender," said Becca Knox, director of research for the Brady Campaign to Prevent Gun Violence. "Not exactly the situation we want to put our law enforcement officers in."

Some of the biggest challenges for the database, experts say, are domestic violence and drug cases, which often have inconclusive ends. Defendants are sometimes given a year or two to attend treatment, complete community service or enter therapy before a court decides whether a conviction will stand. An arrest is not enough to prohibit someone from buying a gun.

According to the Justice Department, some states are still entering those records manually. In states where records are fully automated, a clerk in a courtroom can punch the information into the database. Other states pass a handwritten piece of paper from one office to the next before it gets entered — a delay that can be costly for victims of domestic violence who have requested immediate restraining orders.

"You can see there's uneven performance," Knox said. "The database is an incredible step forward, but we still have to figure out where the administrative and financial roadblocks are."

In 2009, the FBI ran 10.8 million background checks on potential gun buyers. About 150,000 people were rejected. Most had felony or domestic violence convictions, or a restraining order, on their records. Less than 2 percent were rejected because of a mental illness.

Guns do not make us safer. If they did, we wouldn't have so many daily shootings in our country. 32 Americans a day die from gun homicides alone. 80 a day die, in total, from gun injuries( including suicides and accidental gun deaths).

So my the last question about the incident above is this- was the shooter a law abiding gun permit holder? It appears that he was looking to rob the store and had been charged with drunk driving earlier this year. If he was a legal permit holder, did driving drunk disqualify him to hold his permit? Did he have his gun legally? Where did the gun come from? These will likely come out during the investigation. Common sense tells us that the shooter of the Texas police officer should not have had a gun no matter how he got it. And Wal-Mart may want to re-think it's membership in ALEC just as other corporations are now doing. I'm just saying.

I have found more shootings at Wal-Mart stores and/or parking lots: