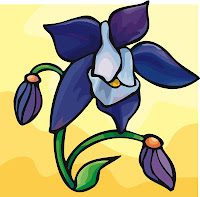 Again- another anniversary of the Columbine shooting is upon us. That shooting marked one of the first of the mass school shootings in our country that caused the media and the public to pay attention.

So today, once again, 13 years after 13 people were shot to death and       21 were injured, we remember these students and one teacher:

Some in Congress remember that there are victims. Some in Congress are brave. I salute them. California Senator Diane Feinstein is one. She has now put an administrator hold on S 2188 and S 2213, which would force all states to allow people like George Zimmerman and Jared Loughner to carry their loaded guns around no matter what that state's gun laws. From the Brady Campaign:

"Just a day after her staff met with three gun violence victims from the California Chapters of the Brady Campaign, and two days after 32 victims of gun violence came to Capitol Hill to demand that Congress keep guns out of the hands of dangerous people, Senator Dianne Feinstein put a hold on the concealed carry bills we believe should be called the “George Zimmerman Armed Vigilante Acts.”

Once again, Senator Feinstein is making it crystal clear that she puts the safety of the American people ahead of the dangerous ”guns everywhere” vision of the gun lobby.

If either of these bills become law, and your state has reasonable regulations that might prevent somebody like George Zimmerman, a man with an arrest record and a history of violence, from carrying a loaded hidden gun, tough luck!  Dangerous people like Zimmerman could carry loaded hidden guns on your streets and there would be nothing you or your local law enforcement could do about it.

On behalf of the overwhelming majority of Americans, we thank Senator Feinstein for standing up for our safety and preventing more tragedies like the ones represented by the victims gathered in Washington DC this week.  And to all the politicians that do the gun lobby’s bidding, let this serve notice that we are watching you, and we are prepared to hold you accountable for putting guns in the hands of dangerous people just to make a profit."


It's about time someone takes a stand for victims. Illinois Congressman Mike Quigley is another. From this article:

"So the people who make their living scaring gun owners have to resort to conspiracy theories to keep the donations coming. Now is the time to move past the beltway extremists and listen to the American people.

"Are these tough votes? Maybe; but that's what we were sent here to do.

"I want to mention Blair Holt, a Chicago high-school student, son of two life-long public servants. Blair was riding a bus on his way home from school, when a gun was pulled on his friend. He stepped in front of the gun and was shot to death, protecting his friend. I ask my colleagues to think of that, next time they want to claim they can't do anything about gun violence.

"Thank you, and I yield back."

Why oh why do we need to keep remembering the victims? Simple. Congress has done nothing because they are more beholden to the NRA than to the many families and friends of the victims and survivors. This is unacceptable. The majority of Americans stand with the victims. Please look at the video below about why the voices of victims should be heard above the extremists of the NRA. This is from the press conference held by the Brady Campaign on Capitol Hill on Monday- on the 5th anniversary of the Virginia Tech shooting:

Listen and watch. And then act in the name of common sense. If we had sensible gun laws, 32 people a day would not be murdered by guns. If we had sensible gun laws, we wouldn't be having these memorials for the victims of school and mass shootings and the average every day shootings in America. This is ludicrous and pathetic. The inaction by our elected leaders is ludicrous and pathetic and also dangerous. We wouldn't be seeing dangerous people and sometimes even law abiding people, who have such easy access to guns, shooting people in senseless acts of violence. We wouldn't see so many school shootings. Or we wouldn't see teachers threatening their students with guns as in this amazing recent incident in Virginia:


Manuael Ernest Dillow, a 60-year old welding teacher at a vocational school in Abingdon, Virginia, lined up the 12 students in his class against a garage door in the shop where they were learning.  He then pulled out a realistic-looking "blank firing handgun" and shot several times in their direction, terrorizing them, though none were injured.

What is going on anyway when something like this is even possible? Or we wouldn't see 10 year olds bringing BB guns to school to ward off bullies. Sometimes these are the kids and teens who get their hands on real guns and kill actual people as in the Columbine shooting and the Chardon, Ohio shooting or in these other school shootings, the majority of which are in America.

Russell Simmons shares my views. This article written in the Huffington Post, laments our country's denial and malaise about the issue of gun violence. From the article:

We can use all the excuses we want or hide behind the words of an amendment that was written in the 18th century that references "a well-regulated Militia, being necessary to the security of a free State," as reasons for not doing anything about the disease that has infected our entire nation. This is not an issue of good people abusing the right to bear arms. This is an issue of too many guns that are too easily available that are killing too many people. I commend Bill Cosby's assessment of the Trayvon Martin tragic situation as not just an issue about race, but really about guns. I agree with him and the work must start now.

I have supported efforts by New York City's mayor, Mike Bloomberg, to close the "gun show loophole," which will require background checks on guns that are being re-sold, because right now the seller is not required to do one (at gun shows). I support an end to "Stand Your Ground" laws in the 25 states that have this law on the books. After reading about Bo Morrison's tragic story in Wisconsin yesterday on GlobalGrind, I am convinced even more that we must END all of these wild west, shoot first promoting laws. I believe that we must make the expired federal Assault Weapons Ban permanent, as it has not been in effect since 2004. I am inspired by the work of New Yorkers Against Gun Violence and their efforts to create a mandate that requires all bullets to be micro-stamped, so we know where they were bought. These are all things that will move us in the right direction. A direction towards a more humane and less violent nation. A nation that will celebrate our young people, not bury them at an early age.

I am hopeful that this time, we may not sleep through the alarm. When Sybrina Fulton, the heroic mother of Trayvon Martin, sat in my office last week and shared her resilience and compassion with me, as painful as it might have been to hear, I felt like this might be the final wake up call. Trayvon Martin didn't just die because George Zimmerman thought he looked "suspicious." Trayvon died because Zimmerman pulled the trigger of a gun. If George Zimmerman was not carrying a Kel-Tec PF-9 9mm semi-automatic pistol, Trayvon would have gotten to eat all of those Skittles and drink the entire bottle of iced tea. And his mother and father would not have to live through the worst nightmare that a parent can possibly imagine.

Hoodies Up. Guns down.