April is a cruel month 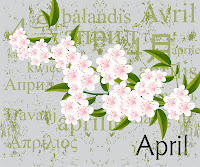 Today is the anniversary of the shooting death of Dr. Martin Luther King, Jr.

On Monday, yet another mass school shooting occurred at a California college. "Only" 7 were shot in this shooting. This letter to the editor from the Minneapolis Star Tribune reflects what has become the American way of life:


"On Monday, I heard of the shootings at Oikos University in Oakland, Calif. Another college shooting. I was relieved to hear there were only seven dead this time, yet horrified at that thought. Only seven? I've been desensitized by the repeated college shootings, high school shootings, workplace shootings, restaurant shootings, drive-by shootings, and stray bullets that pierce homes and kill small children. Maybe we need to look at our society the way the commentator on the BBC does. If we could step outside of our history, outside of the NRA propaganda, outside of our court decisions, perhaps we could see a cultural flaw that is maiming the American dream."

How sad it is. There is a list of mass shootings in the U.S. No other country has a list like this. We hear of an occasional mass or school shooting in another country. But they are rare. It's American. We have a love affair with guns in America. We also have the most gun deaths per 100,000 than any other advanced industrialized country not at war. We have daily carnage. 80 Americans a day die from gun injuries. 32 a day die from gun homicides. Yawn. What else is new? But I digress.

April 16th will mark the 5th anniversary of the Virginia Tech mass shooting which took the lives of 32 plus the shooter- Seung-Hui Cho and injured 25 others.

April 19th marks the 17th anniversary of the Oklahoma City bombing carried out by Timothy McVeigh leaving 168 dead. Though this was not a shooting death, it is a symbolic event. Here are some of the suggested motivations:


The chief conspirators, Timothy McVeigh and Terry Nichols, met in 1988 at Fort Benning during basic training for the U.S. Army.[17] Michael Fortier, McVeigh's accomplice, was his Army roommate.[18] The three shared interests in survivalism, opposed gun control, and supported the militia movement.[19][20] They expressed anger at the federal government's handling of the 1992 Federal Bureau of Investigation (FBI) standoff with Randy Weaver at Ruby Ridge as well as the Waco Siege—a 1993 51-day standoff between the FBI and Branch Davidian members which began with a botched ATF attempt to execute a search warrant leading to a fire fight (it is unknown whether ATF agents or Branch Davidians fired the first shot) and ended with the burning and shooting deaths of David Koresh and 75 others.[21] In March 1993, McVeigh visited the Waco site during the standoff, and then again after its conclusion.[22] McVeigh later decided to bomb a federal building as a response to the raids.[

It's only April 4th. What else will happen? April is the cruelest month as this poem, The Waste Land by T.S. Eliot suggests:

APRIL is the cruellest month, breeding

Lilacs out of the dead land, mixing

A little life with dried tubers

I am not as pessimistic as was T.S. Eliot when he wrote this poem about the inevitable changing of the seasons in April that exposes the dead plants left over from the fall before the winter snows covered them up. Now they are exposed along with all sorts of other dark and brooding thoughts in the poem. Our American gun culture has been on vivid display and exposed in the last few weeks with a school shooting in Chardon, Ohio, the Trayvon Martin shooting in Sanford, Florida and now the most recent school shooting in California. These are not things we want our country to be known for. But people in other parts of the world are both horrified and mystified by the continuous shootings in America. People from other countries who choose to live and work in American wonder about our gun culture and gun laws. Such is this statement from CNN's Piers Morgan ( born in Britain):

“I find the gun laws in this country incomprehensible,” Morgan told Maher, and the latter took a shot at explaining them by explaining the culture. “I look at guns like antibiotics… sometimes you need them, but I don’t kiss my antibiotics, I don’t worship them” the way some worship guns, he explained. “Rick Santorum likes to talk about theology… this is a theology in this country, this is a religion.”

While Maher understood the value of having a Second Amendment, he noted that the context in which that amendment was written could not have anticipated the way guns evolved in the ability to do harm. “The Constitution could not foresee assault weapons,” he noted, adding once again that “no one is saying that we are attempting to create a gun free society, just reasonable limits."

Reasonable limits. That's all. Why can't they happen? Why do the shootings continue? These are important questions. One thing is for certain, along with everything else that will be examined, our gun laws should be on the list. With a little common sense we can come together to prevent April and every other month from the sadness of remembering the victims of too many shootings. From this article:

Pro- and anti-gun forces continue to quarrel, flaunting competing and conflicting statistics about whether the prevalence of guns in American society makes us more or less safe. But in a land where guns are a central part of our heritage, where we prize individualism and self-reliance, but also where the violence done by guns vastly exceeds that of any other advanced nation, the sides in the eternal gun debate will likely never fully agree. Still, they surely can get along better.

Sanford Levinson wrote his landmark study of the Second Amendment partly to convince his fellow liberals that they should stop jumping to the conclusion that the amendment narrows the right to gun ownership. He concluded by writing, “Perhaps ‘we’ might be led to stop referring casually to ‘gun nuts’ just as, maybe, members of the NRA could be brought to understand the real fear that the currently almost uncontrolled system of gun ownership sparks in the minds of many whom they casually dismiss as ‘bleeding-heart liberals.’ Is not, after all, the possibility of serious, engaged discussion about political issues at the heart of what is most attractive in both liberal and republican versions of politics?”