What remains after a shooting? 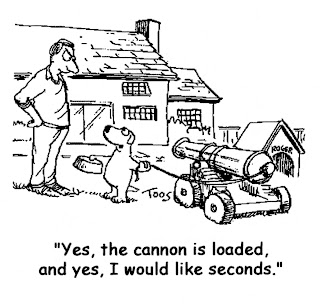 "I was curious to see how Weber would react to such an atrocity.

In his "Burton Blog," he wrote that he called the manager of his brick-and-mortar stores. "Make sure everyone has on handguns as usual and our riot guns and M4s are loaded and available. Run security up by 3."

That seemed a mite melodramatic. It's a gun store, not the Pentagon. Then again, the ambush at the high school was exactly the type of situation fear-mongers use to fuel the paranoia that pays their bills.

Sigh. The editorial piece written by Christopher Evans of The Plain Dealer ( linked above) presents a different way of looking at the problem of easy access to guns by teens ( or anyone for that matter). There are enablers in our country whose role is not to prevent gun violence or access to guns but to encourage it. This is the vast divide between the side of pro gun rights and gun violence prevention. One side is mainly interested in how many guns they can buy and own and into how many places they can carry their loaded guns- oh, and their mythical claim that any regulations on guns and their owners is a violation of their Constitutional right to bear arms. The other side wants to keep guns away from those who shouldn't have them, to change the culture surrounding gun talk and to keep guns out of public places where they don't belong- oh and to know that the right to bear arms comes with responsibilities.

In response to the linked editorial above, the pro gun extremists have trotted out their poison and vitriol to prove that they know what's right and make sure us "bed wetters" are put in our place. Here's the thing. Some of the pro gun extremists who choose to comment on my blog tell me and others in the gun violence prevention movement that we are "dancing in the blood of victims" when we talk about the shootings and ask why and what can be done to prevent the next one. Instead, here is one "articulate and well reasoned response" from an extremist ( from the blog linked above):


So I say to all of the gun-hating, lily-livered, bed-wetting liberal "journalists" (read that as typists and hacks) who write anti-gun swill with their stupid terms that they trade back and forth like the empty heads that they are (examples: "Assault Weapons", "Cop-Killer Bullets", "Unlicensed gun dealers", "High Capacity Magazines", "Gun Show Loopholes", "Saturday Night Specials", "Rogue Gun Dealers", etc.) guess what?   KEEP WRITING ALL THE SWILL YOU DO BECAUSE YOU ARE CAUSING HUGE RUSHES TO GUN STORES AND AUCTION SITES AND WE LOVE IT!

(...) I get VAST entertainment out of these hack anti-gun writes.  Sometimes I laugh so much I cry!  They are a GREAT source of amusement to me and I just LOVE to read, say The New Yorker and some of the more liberal mags. So very OUT OF TOUCH, it's laughable... I just laugh and then load up my best AR-15 and blast-off a few magazines off my back porch! Salute!  And then I strap on my two concealed handguns and off I go!  Ohio is LOVELY for gun freedoms!   And that really catches in the craw of these anti-gun writers!   That is why they are such cry babies!

Another point: These anti-gun fools sure do BELIEVE in the FIRST Amendment don't they? So why don't they believe in the SECOND amendment? Ha! Total hypocrites, these fags. Again: They make me laugh! I love their hypocrisy!

That Weber was using the tragedy to boost business was less offensive to me than his incitement to gun up. Geauga County is already gun ga-ga.

Sigh. Obviously this guy and others have a problem with anyone who dares to write in opposition to their views as if theirs are the only valid views. They also don't like any memorials or vigils to victims because they are stark reminders of the fact that we have too many victims of gun violence in America. They happen so often that it's hard to keep up with them some days. Here are just a few in recent days:


First of all- a cannon? Really? Whatever. I thought it was 2012 but apparently some are still living out the days of the Civil War. Second, what was the young Tulsa man thinking when he started shooting his gun into the air and at random in a public place where guns should not be a part of the daily atmosphere? Third, when you have easy access to a gun and you are an otherwise presumably law abiding citizen( we will learn more about this man), you might actually picture yourself shooting someone who did you wrong. And then, you might act on your flawed vision. It happens every day. Another person, without access to a gun, would not have been able to accomplish the killing of his boss so easily. And fourth- "...load up my AR-15 and blast off a few magazines off my back porch!"? Really? From the back porch? Such irresponsible gun talk is unacceptable and dangerous.

Yes, indeed. Arm up everyone. Someone is going to steal your stuff so you should be ready to shoot. Someone is going to bother you while camping one night, so arm up. Someone is going to bother you while you are boating so arm up. Someone might cut you off in the driving lane or drive too slowly for your liking so arm up. You just never know when someone is going to make you so angry or you might feel so threatened that you will act impulsively and you will not remain a law abiding citizen. Get yourself to a gun shop everyone. Hurry before the gun violence prevention folks come to get your guns. Hurry before President Obama's true agenda of disarming you all comes to fruition when he wins re-election in the fall. You never know when those jack-booted government thugs will show up to take your guns.

Really. Is this the first thing most Americans think about? No. It's what the shrinking minority of gun rights extremists think about. They would love it if the rest of us would think the same way. They love it when they manage to get their own elected to office and get laws passed that serve the agenda of the NRA or other conservative folks who give money and expect results. The American people are not asking for radical laws to increase where people can carry loaded guns and when they can shoot others. The public is not asking for laws to eliminate the requirement for permits to carry and lower the age at which people can carry to 18 as is being done in 12 states. The public wants to be safe from shootings and they don't, for the most part, agree that having more guns around in our schools, churches, stores, parks and hospitals is the way to accomplish that. Most of this stuff is flying under the public radar and being passed by an extremist agenda. As long as extremists are in charge, this is what we will have. It's not what we want, however.

Gun owners rights seemed to have trumped every one else's rights. This piece from a Tennessee writer wonders why the gun rights extremists are now telling property owners that their rights to carry their guns trump the rights of property owners. How many people carry guns in the U.S.? About 2-3 % of of Americans. For those folks, we are going to insist that their guns get intruded into the daily lives of the majority who don't carry and don't care to have guns in public places? An armed society is not a more polite society. The business owners who object to having guns on their property understand that part. More guns do not make us safer. What remains of the pro gun extremists is a small group of Americans who get their undies in a bundle over their rights and care not a whit that introducing more loaded guns into our communities is just not what the public wants. They have managed, by fear and threats, to get their way. And I do mean threats. When legislators get actual threats when they oppose the NRA by voting against a bad gun bill, we do not have a civil society. These are the people who want us to believe that we should just trust them with their loaded guns in public. They will do no harm. Except, of course, when they do. I provide case after case after case of law abiding gun owners, sometimes who are also permit holders, shooting people on purpose or accidentally.

So as we continue to see the actual remains of real people buried every day by families and friends who mourn a loved one lost to a bullet, we continue to let what remains of a diminishing and more irrelevant gun culture get its' way in state after state after state. At long last, when I read the articles like the ones above coming from people who are now challenging the flawed thinking of the NRA and its' minions, I am heartened that public sentiment is turning against this extremism and turning towards common sense.
Posted by japete at 12:06 PM