Trayvon Martin and Stand Your Ground 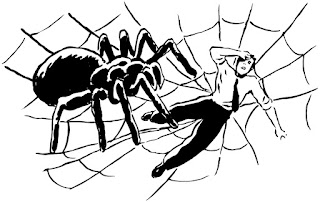 My head is spinning with the news coverage of the shooting of 17 year old Trayvon Martin in Sanford Florida on Feb. 26th. This case has moved out from under the shadows of the Florida gun law that allows people to shoot another when feeling threatened. There is now a well needed examination of laws such as this one, pushed by an ever more extreme NRA, desperate to pass laws that are on their national agenda and assisted by bought and paid for legislators in states all over the country. I can't begin to link to all of the articles on this case. One thing is quite clear though- there has been a lot of silence coming from the NRA. And who else has a stake in having laws passed to allow more people to carry more guns into more public places? The gun industry has a stake in providing new buyers of their products- weapons designed to kill people. ALEC, American Legislative Exchange Council, an organization of conservative legislators, funded by folks such as the Koch Brothers, Coca Cola, Walmart and other large corporations, has funded NRA sponsored legislation and the legislators who push for the laws. This spinning web of laws and funding has been flying under the radar of the average citizen; it's beginning to unravel in plain view of the public. This is what we get when laws are passed by a well funded and extreme lobby group. It shouldn't.

Let's start with a few important videos. This one, posted on MSNBC, shows an interview with one of the other Neighborhood Watch people from Sanford, Florida:

Hear and watch the man say that Zimmerman was paranoid but trying to make sense of it all by saying there had been some burglaries by young black men in the community. Then he is heard to say that Zimmerman may have gone too far. There is an important question here. Do people who are committing burglaries ( as Trayvon was not) need to be shot to death? Does the Florida Stand Your Ground Law give you license to kill another person just because he may seem suspicious to you and you have the gun? And what if you are someone who has had a run-in with the law and shouldn't even have that gun permit? Josh Horowitz of the Coalition to Stop Gun Violence has written this comprehensive piece about all of these questions:


Another disturbing aspect of this case is the fact that Zimmerman was issued a permit to carry a concealed handgun by the state of Florida in the first place. Zimmerman, of course, was arrested in 2005 for resisting arrest with violence and battery on a police officer. The case was dismissed, and Zimmerman's record expunged after he agreed to attend a pre-trial diversion program. In addition, police have fielded complaints from members of Zimmerman's gated community about his aggressive conduct in the neighborhood.

(...)A few years ago, the South Florida Sun-Sentinel conducted an investigation that revealed that Florida concealed handgun permit holders included more than 1,400 people who pleaded guilty or no contest to felonies, 216 people with outstanding warrants, 128 people with active domestic violence injunctions against them, and six registered sex offenders. In response, the Florida legislature and Governor Bush enacted a law banning the public and press from accessing this information in the future.

Florida also allows out-of-state residents to obtain their concealed handgun permits through the mail. There have been numerous complaints about dangerous individuals--unable to get permits in their home states--obtaining them from Florida. If their home state has a reciprocity agreement with Florida recognizing each other's permits, they can then carry in their own communities. This has led to mayhem and murder in some cases.

Political cartoonist, Jim Morin from the Miami Herald sees the incident in this political cartoon in the light of a neighborhood watch captain with his gun cruising the neighborhood in a truck with "Florida Stand Your Ground" on the door panel. It is not a good depiction of the those whose agenda is one of using fear, paranoia, suspicion and racism as a need for carrying guns around in the neighborhood to meet out "justice".

And what should be made of the fact that Trayvon Martin made a cell phone call to a friend as he was walking in the neighborhood right before Zimmerman approached him. This ABC news video provides us with the comments from his girlfriend who was the last to speak to Trayvon:

"He said this man was watching him, so he put his hoodie on. He said he lost the man," Martin's friend said. "I asked Trayvon to run, and he said he was going to walk fast. I told him to run but he said he was not going to run."

Eventually he would run, said the girl, thinking that he'd managed to escape. But suddenly the strange man was back, cornering Martin.

"Trayvon said, 'What, are you following me for,' and the man said, 'What are you doing here.' Next thing I hear is somebody pushing, and somebody pushed Trayvon because the head set just fell. I called him again and he didn't answer the phone."

The line went dead. Besides screams heard on 911 calls that night as Martin and Zimmerman scuffled, those were the last words he said.

Dan Gross, President of the Brady Campaign spoke about the Florida Stand Your Ground law on MSNBC's The Ed Show last night:

Clearly, these laws, passed now in at least 15 states, are the result of an extreme NRA agenda passed by legislators who either believe in their own dangerous view of the world or are afraid to disagree for fear of the attacks from the NRA, which happen with frequency. It is a "state of mind", as Brady Campaign President Dan Gross said, and the "vision of the NRA" to make sure that everyone can get a gun and then carry it into all public places. The Trayvon Martin shooting is the epitome of the agenda of a minority of people in our country. And yes, the NRA has outshouted the rest of us and this is what we have now. We have an America where young black boys can be shot by a neighborhood watch captain who was paranoid and boldly carrying a gun to "protect" his neighbors. Is this the America we want? I think not.

The case is not only going to be reviewed by the U.S. Justice Department civil crimes division but by the FBI. And further, there will now be a Florida Grand Jury investigation.


"I share in the desire of the family and the community to accurately collect and evaluate all the facts surrounding the tragic death of Trayvon Martin," Wolfinger said in a news release. "The public is entitled to no less than a thorough, deliberate, and just review of the facts. We intend to honor that commitment."

Finally, perhaps the legal and justice systems will work the way they are supposed to. We just can't leave stuff like this up to legislators with agendas paid for by corporate America. Too many lives have already been lost in Florida because of this dangerous Stand Your Ground law. We don't need more. The law should be re-examined.

And I will end with this video from MSNBC Lawrence O'Donnell's The Last Word show from last night concerning the Trayvon Martin case: