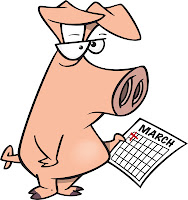 The pro gun extremists are fond of calling people on the gun violence prevention side gun grabbers. That, of course, is not the only thing they call us. I have posted many of the other words used to describe us on a regular basis. These folks insist that the country is on a slippery slope to gun confiscation if any measure is proposed to regulate guns and their owners. Thus, we watch in horror as mass shooting after mass shooting occurs in a country awash in guns and with some of the loosest gun laws in the world. We have almost the highest, if not the highest, number of gun deaths per capita of any country not at war.

We are truly on a slippery slope to allowing anyone to carry a gun anywhere with impunity and with no accountability or punishment for shooting another human being. Such are the consequence of the Stand Your Ground or Shoot First laws passed in many states over the past decade. First it was getting the "shall issue" conceal and carry laws passed in almost all states in the country. In many states, guns can also be openly carried, loaded. There are current attempts to lower the standards for training for the minority of people who choose to carry loaded guns around in public places. With few or no standards, anyone, and I do mean anyone, would be allowed to carry. And to make matters worse, the National Right to Carry Reciprocity Act of 2011 would take away a state's right to regulate who can carry guns and the requirements to actually know anything about guns before you carry one around with you. So every state would have to allow 18 year olds who have permission to carry a gun around in some states, like Arizona, without a permit or proof of competence in handling a gun. And then when the law doesn't pass muster in the U.S. Congress, as it has not yet, state legislators try to sneak it in to other gun bills, such as in Minnesota where the Shoot First bill also allowed for reciprocity with all other states' permit holders( a provision that received little attention during the debate about the bill).


Under the bill, gun owners who carry their firearms with them in a lawful manner (i.e. possess a concealed-carry permit) cannot be fired, denied benefits, or otherwise discriminated against.  It was sponsored by State Rep. Wanda Brown (R, Cole Camp).

What????? Something must be wrong. But no, this is true. It's the slippery slope. And the slope in Tennessee has led business owners to object loudly to the NRA's pushing a law to require that they allow guns in the cars of their employees in parking lots. Those business owners' concerns are ignored by those whose agenda of guns everywhere blinds them to the concerns of the majority. Law enforcement concerns that their own lives could be in danger in the passing of Shoot First bills are ignored in favor of a minority of NRA bought and paid for politicians. But never mind law enforcement concerns because the NRA doesn't much like law enforcement. They would rather enforce the laws themselves than to obey the laws already on the books. In Indiana, the extreme agenda has led to a proposal that would allow people to unceremoniously shoot officers if they happen to come onto your property to investigate a crime or maybe just to check out if something is amiss at the dwelling. Just blow them away. Those officers shouldn't be on your property. The nerve! From the article:

But it’s a particularly risky situation that Republicans are putting police officers in, because in some situations police officers enter homes when they have sufficient reason to believe that a crime is taking place. For example, if a police officer is walking by a home and a woman screams because her husband is beating her mercilessly, there isn’t time to wait for a court approved warrant to enter the home. Under Senate Bill 1, which passed by a 74-24 vote, the husband could shoot and kill the officer for entering his home and get away with it. And there are many other situations where police may deem it necessary to enter a home, such as the situation in which the Indiana Court ruled.

(...) Republicans claim the bill actually protects police officers, but what it really does is give paranoid gun toting anti-government nut jobs the legal ability to shoot any officer that steps in their home or on their property. It allows those who commit a crime to have a safe haven from police officers who pursue them. All a criminal needs to do is run home to legally resist arrest. Like many laws, people will more than likely misinterpret it to mean they can kill any police officer in their home as long as they think they are there illegally. And many people aren’t going to see a difference between an officer with a warrant and an officer without one. Many people believe that police have no right to exercise authority in their homes whatsoever, even if a crime may have been or is being committed, even if there is a warrant. This bill takes home defense to an entirely new level. We aren’t talking about thieves or murderers, or rapists entering homes. This bill is about police, who risk their lives on a daily basis to keep people safe. Nobody has the right to shoot and kill a police officer for doing their job. Instead of letting judges and juries sort things out, Republicans in Indiana believe more gun play is the answer to keep police in check, and such beliefs are going to result in more dead civilians and dead police.

Never mind that people are going to die. That doesn't seem to matter to some of the gun rights extremists. The NRA and organizations such as American Legislative Exchange Council (ALEC) have an agenda. They appear to want a society where there are no regulations at all on who can buy a gun, who can carry a gun, where they can carry, who they can legally shoot and get away with it. This is a warning to us all. The pro gun extremists don't care if felons, domestic abusers, dangerously mentally ill people, terrorists and others who should not have guns get them. Any law proposed to stop these folks from getting guns is road blocked by an increasingly irrelevant organization representing a smaller group of gun owners than ever with an increasingly extreme agenda. You can find plenty of proof of this extremism at the Meet The NRA website. Scary stuff.

If we but follow the money, we can understand the motives. The gun industry, of course, relies on sales and profits just like any other business. The difference is that guns are products designed to kill and injure people or animals. And yes, they are used in sport as well, but most sports don't involve deadly weapons. There should be strict regulations on guns and who gets to buy one. If we pass bills to keep actual criminals and other prohibited people from buying guns will sales fall? Not if gun dealers are doing their jobs correctly and only selling to those who can pass a background check. So then, what's the problem again? Is it that if the criminal "market" is supplied by some bad apple gun dealers, by straw purchasing, by guns stolen from law abiding citizens, by private sellers who don't have to do background checks for gun sales, from ads on Internet sites or newspapers, gun sales will fall? This argument does not make sense. Could it be that if laws are passed to loosen requirements for who can carry and where they can carry, a new marked is created? Could it be that if we allow private sellers to sell to just anyone without a background check, we are protecting small "business owners" at the expense of public safety? Could it be that if people fear those criminals with guns who get them easily because we do little or nothing to stop them, gun sales go up? The argument is all about ramping up the fears that guns will be taken or rights will be trampled by "gun grabbers", or the irrational fear of a boogie man around every corner that protects the gun industry over public safety. That is insidious and unacceptable.