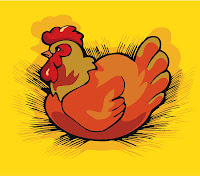 And so it begins. The victim is demonized and re-victimized. The person who committed the crime takes on a victim status. The gun rights advocates don't much like victims. They love to demean them, demonize them, make unsavory and inappropriate comments about them. I have experienced those on a personal level. It's disconcerting to now hear the talk turning towards demonizing Trayvon Martin in the recent Florida shooting. This was inevitable. Whatever happened on February 26th will hopefully come out in a trial by jury so the innuendos and accusations on both sides can stop. From the article above:
" Ultimately, whether Martin was a perfect person is irrelevant to whether Zimmerman’s conduct that night was justified. Clearly, there are two different versions of the events that transpired on February 26, the night Trayvon was killed. There are conflicting statements by witnesses and conflicting evidence as to who was the aggressor. Zimmerman has the right to tell his side of the story. But his opportunity to do this will come in a court of law after he is charged and arrested. In the meantime, Zimmerman’s supporters should stop trying to smear the reputation of a dead, 17-year-old boy."

That is the problem with the Stand Your Ground laws. It has been a month now. Memories change over time. The crime scene in this case was not the usual crime scene in that the police department determined that Zimmerman's claim of self defense was legitimate. That was obvious by the fact that he was apparently questioned and then he walked free. Nothing much would have come of this case had a few people not decided to ask a few questions and call attention to it. Once the case hit the light of day, the obvious conversation began about this individual case and the many other cases of claimed self defense since the 2005 Stand Your Ground law passed in Florida. This video of New York City Mayor Bloomberg is a good assessment of the laws:


So what do we know and how does it affect what happened? And where are the facts? It's really hard to discern because of the emotional nature of this case. Here are a few of my questions based on what has been leaked and what we know or think we know:

Why does this case continue to resonate with the public and the media? Certainly the issue of race has caused much of the tumult and concern. The Stand Your Ground laws are now under scrutiny as well they should be. This was the murder of a teen-ager by an older man who appeared to be involved in vigilantism. Subjective claims of suspicion just don't pass muster when it comes to cases like this. What happened in the end does not resonate as self defense amongst the general public. Yes, Zimmerman should have a chance to tell his story. Will he get that chance, given the law?

The reaction from the far right is mixed. Some have defended the Stand Your Ground laws. Others have been critical. Does the law apply here? Should it? Even conservative columnist George Will has weighed in on this incident.

When asked about the tragedy by George Stephanopoulos, Will brought the conversation directly to the law.

“It tries to codify a right of self-defense that really confers upon citizens the illusion of these, that they have powers exercised by highly-trained police officers. Mr. Zimmerman says he was acting under this self-defense law, but he is said to have been recorded saying he pursued the person. You cannot be in pursuit and acting in self-defense.”

During the same news segment where Will made his comments, others discussed the case. This comment brings it back to what we are all about in our country and why the Stand Your Ground laws change the way we think. This one by news commenter Matthew Dowd:


Matthew Dowd noticed an irony in how much “stand your ground” is supported by people and legislators who consider themselves Christians.

Marian Hammer, noted NRA Florida lobbyist and first woman President of the NRA had this to say in an article about the case:

“It has become very emotional and political,” she told the Tallahassee Democrat. “Politicians who say we need to rewrite the law are politically grandstanding.”

She also has decried the “rush to judgment” and the use of “one incident” to change the law. Hammer is an expert in just that type of emotional politics where one anecdote leads to a wholesale change in law.

In 2005, for instance, she got the Stand Your Ground law passed based on just one case, that of 77 year-old James Workman. He shot and killed an intruder in his hurricane-ravaged home near Pensacola.

Workman was never charged. The state attorney specifically said Workman had a right to defend himself on his property — a concept known as the “Castle Doctrine,” a reference to the old saying that “a man’s home is his castle.”

But Hammer persuaded legislators that citizens needed to have the doctrine enshrined in statute. And they decided to expand the right to use deadly force almost anywhere a person feels reasonably threatened.

Hammer’s successes are a result of her tenacity and the fact that gun owners are passionate. They email. And they vote.

In nearly every debate, gun-control advocates have predicted “blood in the streets” and a “wild West” atmosphere.

We vote, too. A sleeping giant has been awakened. We also e-mail and pay attention. This case may just change the debate about gun laws in this country. As Dan Gross, Brady Campaign President said yesterday at a House hearing on the Trayvon Martin case, " The NRA says that an armed society is a polite society. Tell that Trayvon Martin's parents." Many others at the hearing urged Congress to look at the hate crime laws, and asked that Stand Your Ground laws be examined and repealed. They are not needed. We don't need loose cannons like George Zimmerman carrying guns in public places. The chickens have come home to roost. This story is not going away.

What to do now?
And more from Westen:
I couldn't have said it better myself.
Posted by japete at 7:32 AM