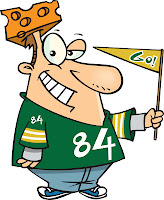 It's a great idea to let people with repeat misdemeanor violations carry loaded guns around in public, right? That's what the Wisconsin gun rights extremists believe, according to this article. Law enforcement in Wisconsin is concerned, as well they should be, that repeat offenders are allowed to legally get permits to carry loaded guns in Wisconsin's newly enacted law. They are suggesting changes to the law to make it better:

"The purpose of the changes would be to prevent repeat criminals from carrying guns, and stiffen penalties for those who do.

But one of Wisconsin's most prominent gun rights organizations says the proposals are too broad and could make it more difficult for law-abiding people to exercise their constitutional right to defend themselves with guns.

(...) First, straw purchases - buying a firearm for someone who is prohibited from possessing a firearm - are a misdemeanor on a state level, not a felony as they are on a federal level.

Second, the requirements for a gun permit ignore the reality of plea bargains. Many habitual criminals legally qualify for, and could obtain, a concealed-carry permit because they were never convicted of a felony for which they were charged.

Habitual criminals, Plant said, can carry a concealed gun with impunity from a potential of a felony charge unless they fire their guns."

So let me try to wrap my head around what this is about. Law enforcement wants to keep repeat criminal misdemeanants and career criminals- people charged, but not convicted of felonies- from carrying guns. That seems like a good idea, right? But the response from the gun lobby isn't so sure about that:


But Clark said the change is "exceptionally broad." He said police should specify which misdemeanors they would like to be considered when issuing gun permits.

"There's a whole bunch of things that are misdemeanors," Clark said. "Some of them I don't think are things that should preclude people from having the right to self-defense. There's a protester in Madison. He's protesting Governor Walker and he gets a ticket for obstruction. That's a misdemeanor. Let's say someone is very active politically and they want to go protest but when they do so three times - you know, politically active season here in Milwaukee and in Madison - and three times someone gets a disorderly conduct or a disturbing the peace, or any of those misdemeanors."

Clark said that, if the changes police request are enacted, law-abiding carriers could unknowingly or accidentally lose their right to carry.

"If they're not a felon and they want to turn that into a felony, it's turning Wisconsin into a police state instead of a state where people's rights are respected."

As far as making straw purchases a felony on a state level, Clark said that he doubts it would keep criminals from obtaining guns, but that his organization "wouldn't have any objections" because it's already a federal felony.

Someone who keeps getting disorderly conduct charges or disturbing the peace charges maybe shouldn't be carrying a loaded gun around in public. If a gun carrier is involved in a questionable activity while carrying that gun, it seems to me that the onus should be on the "carrier" to make sure he or she is acting legally in public. Doesn't it make more sense to educate gun carriers about what they can and can't do with those loaded guns while in public instead of letting people who shouldn't get permits get them anyway? Oh right, I forgot. In Wisconsin, the requirements for permit applicants and permit instructors were pretty much dropped after the law was passed. From this article:

Lawmakers did not specify a training period in the original bill, Rostan said, and the justice department's inclusion of a four-hour requirement was contrary to their intent.

According to Rostan, some individuals may need more than four hours of training and some may need less, but the individual and their instructor should determine the appropriate hourly requirement.

In a http://www.NRAILA.org/Legislation/Read.aspx?id=7167%3E" target= "_blank">press release, the National Rifle Association "applauded" eliminating the training requirement, while some Wisconsin anti-violence and progressive groups derided the change.

"The only saving grace [Act 35] had was the fact that there were these requirements," UW-Madison Young Progressives Vice President Sam Gehler said. "The elimination of those requirements does not bode very well for the safety of the people of Wisconsin."

Gehler compared hurdles to receiving a driver's license to the "less stringent requirements" now in place for permits to carry concealed weapons, "which are designed to kill people.

Aside from no training requirements, allowing misdemeanants to carry guns, and allowing possible career criminals to carry, this all makes a lot of sense, right? Let's talk more about the misdemeanor stuff. It means something when you are charged with a misdemeanor. Just thought I would check out the word misdemeanor:

In the United States, the federal government generally considers a crime punishable with incarceration for one year or less to be a misdemeanor.[1] All other crimes are considered felonies. Many states also employ this distinction.

A misdemeanor is considered a crime of low seriousness, and a felony one of high seriousness. A principal of the rationale for the degree punishment meted out is that the punishment should fit the crime.[2][3][4] One standard for measurement is the degree to which a crime affects others or society. Measurements of the degree of seriousness of a crime have been developed.


In some jurisdictions, those who are convicted of a misdemeanor are known as misdemeanants (as contrasted with those convicted of a felony who are known as felons). Depending on the jurisdiction, examples of misdemeanors may include: petty theft, prostitution, public intoxication, simple assault, disorderly conduct, trespass, vandalism, reckless driving, possession of marijuana (or in some jurisdictions first-time possession of other drugs), and other similar crimes.

So, do we want people who have committed petty theft, public intoxication, simple assault, disorderly conduct, trespass, prostitution, vandalism, reckless driving, etc. to be able to carry guns? I think not. Why do the gun rights extremists think this is O.K? You may remember my post from yesterday in which I wondered if the gun rights extremists really did want criminals to have guns. Mr. Clark (above) seems concerned that people have to dot every i and cross every t to get a permit to carry. He must know and understand that we are talking about carrying deadly weapons around in public places. People who want to do this should have to cross the ts and dot the is. Carrying a loaded gun in public should come with an awesome responsibility to make sure one will not be a danger in public places with that loaded gun. One should not have committed a crime. One should not be a straw purchaser. Surely making straw purchasing a state felony would stop some criminals from getting their guns. Why would a state not want to do as much as possible to stop criminals from getting guns? We know that straw purchasing is one way that happens. From this site:

So Clark is right in saying that criminals will have other ways to get their guns. But if we just shrug off a vehicle for illegal gun purchasing, what message are we giving? As to the plea bargain provision, I don't believe that people should get to plea bargain crimes to a lesser charge. I know it is routine practice. And to say that Wisconsin would become a police state by making certain state crimes felonies to match the same federal charges does not make sense. Just because a permit holder can be denied carrying a loaded gun for good reason does not lead to a police state. That is the typical response from the gun rights extremists. Anything that is perceived to get in the way of their rights becomes a plot of overreach by the government. They don't much like the government unless they do when it comes to interfering with women's health care or voting.

What we have here then is a state that requires little of it's applicants to carry loaded guns around in public in addition to the fact that even possible misdemeanants and career criminals can get gun carry permits. And this is what passes for making us all safer? Common sense should prevail in our justice and public safety system to assure that people who shouldn't be carrying loaded guns aren't carrying them. The gun lobby is unreasonable in thinking that keeping guns away from criminals will affect law abiding citizens. This is an argument used and incredibly believed by those who are currently making the laws in our country. We should make sure laws are made to protect public safety. To aver otherwise is disingenuous and false. Those who claim they need their guns for their own self defense in public places has nothing to do with making the public safer. Conceal and carry laws are self serving and a way to get more guns into every nook and cranny of our communities. They are not about public safety.