What's in a picture? 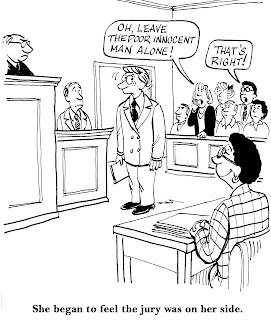 So I have some questions about a photo that appeared on this blog, The Truth About Guns by Robert Farago, and about a quote in his blog. The topic of the Twitter post was to show how interest in a small town New Jersey gun shop increased after a local woman realized that there was a gun store in her small town. From the article:


"“The phone’s been ringing off the hook,” the shopkeep reports. “Our email blew up. People who’ve never heard of us are checking us out.” I asked Veitenheimer which firearms he was selling as a result of the unintentional endorsement. Self-defense handguns? The query was met with a derisive snort, followed by a heavy sigh. “This is New Jersey. About 70 percent of our business is LEO (Law Enforcement Officers) and 30 percent are competition shooters . . . I can only hope that New Jersey recognizes our Second Amendment rights someday.” With friends like anti-gun store crusader/zombie DyAnn DiSalvo, maybe . . ."

On this blog post is a photo, taken from the RayCo Armory gun shop website. There is a also a link to the blog post that first mentioned the New Jersey woman who objected to the fact that a gun shop was located in her small town. I am not commenting one way or the other on that one. What I am wondering is why the RayCo Armory company has posted the photo that is shown both on the website and then on Farago's blog? The wording on top of the photo is "UH-OH BETTER GET RAYCO." It pictures a white man aiming a rifle of some kind at a black man just standing in front of the white man presumably doing nothing wrong. There is no gun in his hands and he doesn't appear to be threatening to the man holding the gun. Is the black man in the photo real? Was he "photo shopped" into the photo? If so, why? And which person needs be scared enough in this photo to want that gun from RayCo? Can someone explain what the photo means? I'm just asking. I asked my husband to look at it and he was as puzzled as me. I am also wondering why Farago decided to use the photo from the RayCo website on his own blog since it didn't appear to have anything to do with his point. Maybe I missed something.

I have another question. What does it mean when the owner of the gun store says he hopes New Jersey will recognize Second Amendment rights someday? What second amendment rights does New Jersey not recognize? People have a right to buy and own guns. The fact that the gun store even exists is testimony to the fact that New Jersey recognizes that there is a right for people to buy guns from licensed gun dealers. Just because New Jersey has placed some stricter restrictions on guns and who owns them doesn't mean they are violating anyone's rights. Here are the gun rights folks throwing the second amendment around as if any restrictions on who can own a gun, who can carry one and where they can be carried is a violation of their rights. So far, law suits brought by the NRA and the gun rights activists have been losing their cases when that challenge is raised. This article written by Dennis Henigan of the Brady Campaign/Center highlights the recent lawsuit thrown out by a conservative Texas judge who first found that the Second Amendment meant an individual right to own a gun. From Henigan's article:


The NRA's biggest problem, though, was that Judge Cummings was careful to read the Supreme Court's Heller opinion and understand that it does nothing to support the gun lobby's constitutional extremism. Much to the NRA's chagrin, Judge Cummings emphasized that the right recognized in Heller was, in his words "quite narrow," finding that "the Second Amendment does not confer a right that extends beyond the home." Judge Cummings cited the legion of other post-Heller rulings also confining Heller's scope to the possession and carrying of guns within the home. Not only did the NRA's handpicked federal judge find no constitutional right for an 18-year-old to carry handguns in public, he found no such right for anyone to do so. It is also worth noting that, four months ago, Judge Cummings rejected another NRA lawsuit and upheld the federal ban on gun dealer sales of handguns to persons under 21 years of ago, a restriction that obviously impacts the freedom of young people to have a gun inside the home for self-defense.

So I am wondering what part of the Second Amendment the gun rights extremists don't understand and why they wrongly believe that any gun law violates their second amendment rights? It has been shown that they don't have the law on their side, nor public opinion either for that matter. Common sense tells us that the NRA and its' members are operating on false or questionable premises in order to keep the sales of guns happening and to try to hang on to their tenuous hold on their power and control of our elected leaders. That is what the fear, paranoia and mythical assertions about the second amendment are all about. Henigan says it well at the end of his piece:

These gun lobby legal defeats underscore how much the NRA and its gun industry funders are dependent for their success on the tactics of political threats and intimidation. In too many legislative bodies, including the U.S. Congress, those tactics have often prevailed. A federal courtroom, however, is a far different forum, in which threats of reprisal have no place and advocates are required to offer facts and reasoned argument in support of their positions.

When the task is persuasion, instead of intimidation, the gun lobby has been firing blanks.