Wake up America! Another day of mass shootings in America 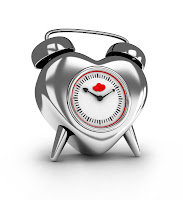 Yawn. Time to wake up. Time for school, kids. In Chardon, Ohio, parents were just going to work, or starting their day when, suddenly, they got news that there had been a shooting in the high school where their kids were just starting their own day. What a sense of utter panic. I can't imagine it. I only know how it feels to get a phone call with the news that a sister has been shot to death. I don't know about a phone call to tell me my child had been injured or killed by gunfire.

In case you were asleep or haven't been watching, every media outlet is discussing the school shooting this morning in Chardon, Ohio. One student is now dead and four are injured. We will learn more as the day goes on. The shooter has been arrested and is allegedly a student at the school. There is some report about him being a troubled student. So far, we don't know where or how he got a gun. That's the most important question. Most school shooters get their guns at home (65% according to the link below). Parents should be thinking differently about their loaded guns and their own views about guns when children live in the home. If you don't think kids can find your guns, then you are living under a rock. Kids should be safe in our schools. Every day 8 children a day die from gunshot injuries. ( See Kid Shootings). In what other nation does this happen? Are we crazy? This school shooting is one of the worst according to this article from Reuters. From the article:


The Ohio shooting is the worst at a U.S. high school in 11 months and the worst in Ohio since late 2007, according to the Brady Center to Prevent Gun Violence.

That's a sad state of affairs- the worst in 11 months. We shouldn't have to say that. But here is more:


The deadliest school shooting in the United States was the 2007 massacre at Virginia Tech University that left 33 people dead. The worst high school shooting was the 1999 attack at Columbine High School in Colorado that killed 12 students and a teacher.

We can pass more gun laws and we should. Making parents responsible for children getting their hands on guns would help. 28 states have some form of  Child Access Prevention laws. Laws requiring mandatory reporting of lost and stolen guns may stop gun owners from being careless with their guns. Safely storing guns should be of utmost importance to keep guns away from the hands of children and teens as well as theft. Guns in the hands of children must first pass through the hands of an adult. You can read from the linked article above about the effectiveness of locking guns away from children. It works.

Meanwhile, just in case you missed another mass shooting while you were sleeping, this one took place over the week-end in Tennessee, also a state with gun laws that leave something to be desired. A shoot-out in a bar that takes the life of one and injures 19 others is just plain ludicrous and unacceptable. Where is common sense?

The club was hosting an after-party for a basketball game between Lane College and Lemoyne-Owen College. Police and paramedics responded to the shooting at 2:03am.

Eighteen other people were taken to Jackson-Madison County General Hospital with gunshot wounds, and two women, aged 17 and 20, were hospitalized for injuries they sustained when they were trampled by clubgoers running from the shooters.

Good grief. Are we at war? Really dear readers, something has to change in this country. Arming ordinary citizens with guns that they can take into bars where alcohol impairs judgement is a terrible idea foisted on our communities by the ever extremist NRA and its' minions. What were we thinking? Er, um, maybe I should say, what were we not thinking? What did legislatures all over the country get sold by the gun lobby? Why did they buy it? Were their seats bought and paid for by the NRA and organizations such as ALEC which I wrote about in my last post? Questions need to be asked and also answered. The answers will become very important to future discussions about how to prevent and abate gun violence in America. There are just plain too many victims. Most of the shootings are senseless and preventable. Kids should not be shot to death in our schools. People should not have guns in bars. The gun rights extremists insist that people need guns in schools to stop shooters. That is nonsense and should not get any serious attention. They also insist that they need guns in bars to protect themselves from, er um, who again? To protect themselves from other permit holders with loaded guns in bars who have too much to drink even though laws say you can't have too much to drink while packing. It just doesn't work out the way the pro gun folks have tried to get us to believe. They are wrong.

American citizens and elected leaders are going in the wrong direction. We are weakening gun laws instead of strengthening them. We are steeped in a gun culture whose time has passed. More guns have not made us safer. The minority of gun owners and permit holders have been given undue attention for far too long. When I watch the T.V. reports of today's Ohio school shooting, I see families torn apart by the senseless violence that took at least one life way too soon. The family of the boy who was killed just issued a statement. The T.V. commentator could hardly read the statement without tearing up. What will you do about this? What will we do about this? Now is not the time to be silent. Now is the time to make a loud noise and demand change. America is tardy. America is sleeping too late. America needs to wake up.

As more information becomes available about the Ohio school shooting, I will update this post.
Posted by japete at 12:58 PM