The problem with gun permit holders in public parks 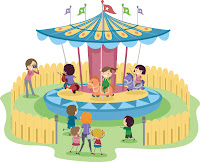 Here's the thing. Gun permit holders who get mad about something small can easily turn an incident into something big when they grab their guns. In a case like this one at a Portland, Oregon area park, someone without a gun would have had words with the park attendant and maybe a little shoving. But when a gun enters the picture, everything changes. From the story:

"Neustel placed the gun in his pocket and walked away from police before briefly lifting his hands into the air and grabbing his daughter off the merry-go-round. He used her -- in the words of police -- as a human shield. One police officer testified that he didn't know that the girl, who was hysterically crying in Neustel's arms, was Neustel's daughter.

"I'm thinking ...this is an armed guy who has kidnapped a child. ...We're probably going to have to take a head shot to save the kid," testified Officer Julian Carroll, during a trial in Multnomah County Circuit Court earlier this week.

Carroll also radioed for an officer with a rifle to show up. But before that officer got there, Neustel gave up when another officer pointed the beam of his Taser at him."

This is the problem with people carrying guns around in public places. Police and others don't always know who is the good guy and who is a bad guy once a gun is shown. The more people who are carrying in more places, as is what is taking place with all of the new carry laws in states all over the country, the more times we will see incidents such as this one. And it turns out this "law abiding" gun permit holder, or at least he must have been because he got a permit, is really not. From the article:

Neustel also has a rough road ahead with his daughter. At the time of the incident, Neustel had visitation with his daughter. But since the incident, a judge refused to let Neustel go trick-or-treating with the girl or spend time with her on Christmas. Relatives say she was so traumatized by the incident she was afraid to return to Mt. Tabor Park to play. She has been receiving counseling.

Also, according to his own public defender, Jessica Minifie, Neustel has a long history of substance abuse -- most recently with inhalents. Minifie told the judge that jail time wouldn't help her client.

Wait- what's that in the article? "Neustel has a long history of substance abuse..." I thought that was a dis qualifier when applying for a gun permit. Apparently not. Apparently our gun laws are not protecting us from dangerous people getting guns to carry around with them in public places. We are not safer when people like this get permits in spite of factors that should disqualify them. This, dear readers, is what the pro gun activists want. This is what they have lobbied for. This is what they asked our legislators to pass forward as laws that would make us all safer. This is the kind of communities they want for us. They have imposed their stupid and dangerous ideas about guns and gun rights on the rest of us. This is not acceptable and should not be considered normal. Laws can be changed and made more strict. If incidents like this keep happening, that is what will happen. Where is common sense?
Posted by japete at 9:01 PM