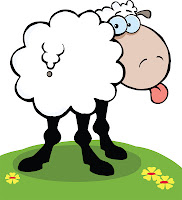 Now where was I? Oh yes, we were talking about the wool that gets pulled over the eyes of the many by the few. By the few, I mean the approximately 2% of gun rights activists who have perpetuated myths for way too many years. In my last post, we learned that the real numbers of self defense gun uses are not nearly as large as the NRA and the others in the gun lobby would have us believe. Now we should talk about another myth- that the NRA has managed to change the course of American elections with their power and influence. Even I have fallen under the spell of that particular myth often writing that the only reason the NRA and the gun rights extremists get their way is because of their uber power and influence.

Just as the Propaganda Professor illuminated us yesterday, so today's post will explore the myth about NRA spending and influence in politics through the eyes of guest blogger Paul Waldman in this Think Progress article. He starts right out with a bang:


The conclusion to be drawn from these data will be surprising to many: The NRA has virtually no impact on congressional elections. The NRA endorsement, so coveted by so many politicians, is almost meaningless. Nor does the money the organization spends have any demonstrable impact on the outcome of races. In short, when it comes to elections, the NRA is a paper tiger.

In addition, Waldman concurs with my own assessments made while writing on this blog:


NRA contributions to candidates have virtually no impact on the outcome of Congressional races.

An NRA independent expenditure (IE) campaign does not improve a candidate’s chance of winning.

The NRA’s endorsement, so eagerly sought by so many candidates, has almost no impact on the outcome of elections; the bulk of NRA endorsements go to incumbent Republicans with almost no chance of losing.

Despite what the NRA has long claimed, it neither delivered Congress to the Republican party in 1994 nor delivered the White House to George W. Bush in 2000.

Gun ownership in America has been slowly but steadily declining for decades.

While support for “gun control” in the abstract has declined in recent years as the issue has been out of the spotlight, widespread support for specific measures to restrict gun sales remains as high as ever.

An article from the Washington Post about the influence of the NRA on the 2010 Congressional elections shows us that money is not always magic. You can see when looking at the charts that in many cases, candidates received the endorsement of the NRA but no money. Whether or not the endorsement made a difference in these elections is debatable. And in many cases, the candidates would have won or lost having nothing whatsoever to do with NRA endorsements. But this doesn't fit with the NRA myth and propaganda. This New York Times article shows how large donations can be given, and most especially, now that "corporations are people", through PACs and Super PACs from the NRA and NRA members. And more interesting is the fact that the NRA endorsed candidates actually lost more than won in the 2010 elections. Blue Dog Democrats were among some of these who lost. So what we have left are mainly the hard core Republicans who would do the NRA's bidding no matter if they got money or endorsements because of their ideological support of positions about gun rights.

It appears to me that the curtain in front of the NRA's myths is being drawn back to reveal an organization that is so ideologically extreme that even its' own members don't support the agenda. Gun ownership is decreasing. It's hard to really know how many members the NRA actually has. But money keeps coming- some from loyal members but much from the gun industry itself, as this report from the Violence Policy Center reveals. As always, when looking at who is behind the influence of a lobbying group, following the money is instructive. As long as the curtain is closed on the true influence of the NRA, common sense legislation will never prevail in our country. As long as elected leaders are willing to believe in the myths and propaganda for fear of being re-elected, we will continue to turn our backs on the real threat to our public health and safety problem leading to too many victims of shootings. As long as our leaders let the wool be pulled over their own eyes, they will be reluctant to stand up to the real threat to a more sane and safe society- the NRA and the gun lobby. It's time to shed real light on the gun lobby. Opening our eyes can only lead to a more sane and safe culture and fewer senseless shootings.

And as I was about ready to publish this post, I ran across a great editorial piece about the insane influence of the gun lobby on our daily lives. The legislatures of many states have been taken over by extreme Republicans who feel it is their duty to repeal any sensible law already on the books. The influence of big money made that possible-see this report from my own state of Minnesota. This editorial highlights how dangerous that agenda is to people in Florida going about their daily lives. This is the true influence of the gun lobby- it is not to make us safer at all. It is to force their extreme agenda on the rest of us. From the article:


"It is OK to hunt ducks on a lake surrounded by residential homes, but it is against the law for these same residents to use fireworks?" asked Eustis police Chief Fred Cobb, whose officers were powerless to restore peace to the West Crooked Lake neighborhood. "If the Legislature is concerned about public safety, I don't understand their logic."

There is no logic. As incidents of stray bullets, accidental shootings, homicides and suicides litter our media outlets, why are not asking how this can be happening every day in America? The answer to the question points directly to the influence of the extreme few on the majority. This writer shed some much needed light on this uniquely American problem. The majority agree with her and with me. The majority needs to make this public safety problem their own and raise their voices above a whisper to counter the noise of the few.
Posted by japete at 10:07 AM