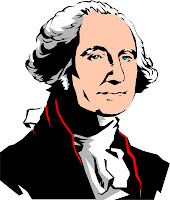 As we celebrate Presidents' Day, it's instructive to learn the truth and the myths about various American Presidents. Wasn't it George Washington who said, "I cannot tell a lie"? Of course, we all know how real incidents get misconstrued over time and in the re-telling of them. So we don't know for sure whether our first President made this statement. But it's a nice tale and it's reassuring to think that our Presidents don't tell lies. In real life, we know that is not true. But it's an aspiration that all Presidents should have, in my opinion. Since I am blogging about guns, gun control and the gun lobby and the issues that surround this American controversy, I have been writing about gun lobby myths and actual real life incidents about shootings. I don't fabricate the stories. Still, though, the pro gun extremists don't believe much of what I say. I really try not to tell lies. We'd all be better off if more of the truth about shootings and gun use see the light of day.

Last week, I linked to a blog by the Propaganda Professor about the gun lobby's myth that more guns are used for self defense than the number of actual shootings and gun crimes in this country. Of course, some of my readers didn't buy it and didn't believe that the blogger was telling the truth. And then my last post highlighted the Republicans attempts to deal with women's health issues and the gun issue from only a male perspective. I wrote about women being more at risk from guns for self defense than in using them in actual self defense. One of my readers sent me proof that the blogger was wrong and that he, himself, "Patrick Henry", knows the truth about DGUs. (And why does he take the name of Patrick Henry? Anyone remember who this famous American was?)

But I digress. Here are the examples Patrick Henry sent me from various news sources involving women scaring off intruders with guns. (He really wants to start a business selling guns to women, he mentioned in a different comment, if he can only get the capital. So if he uses these stories, he can drum up fear and paranoia among women to get them to buy his guns.) But here, then, are the examples ( you will have to copy and paste):

I could, of course, up the anti by providing the daily stories of women being killed by bullets in domestic shootings. Unfortunately for Patrick Henry, the examples he sent are just more proof that the Propaganda Professor is telling the truth. From the links included in Patrick Henry's comments, there was one incident from Dec. of 2010, one from Sept. of 2010, one from March, 2011, three from Dec., 2011, and 4 from Jan. 2012. In other words, not very many.  None of the linked incidents resulted in the death of the intruder or offender. One was the result of a mistake made by a woman who loaned a man her phone to make a call and then he returned to her home later with a gun. One happened when a woman apparently left her screen door unlocked while taking a shower- never a good idea. A few resulted in an actual shot being fired. One could argue that the outcome in some of the "DGUs" would have been the same with our without the gun. And the incident involving the old woman who fended off 3 intruders with a gun is a prime example of how guns get into the illegal market. The intruders somehow knew that the house contained safes in the basement with lots of guns in them. It seemed to be common knowledge that the woman was a widow and had these guns. Guns are among the item of choice for burglars looking for things of value when they break into homes. So if the word gets out that you have a lot of guns stored in your home, it is inevitable that you will need a gun to protect yourself from those who want your guns.

So we know for a fact that each day, on average, 80 Americans die from gunshot injuries from accidents, suicides and homicides. Of these, 32 are gun homicides. That's 32 dead people a day making it about 962 a month, on average! The gun lobby simply cannot come up with a number even close to that per month for guns used in self defense though they keep trying.  For if the myth turns out to be untrue why the need for so many people to buy guns for self defense? Here is a great editorial piece from a Georgia writer (also a former gun permit holder) about how senseless it is to think that guns need to be carried in every nook and cranny of Georgia. From the article:

Can someone please explain to me the good that will be accomplished by concealed carry in the public schools? In churches? In the legislature? What is this ongoing effort to set up problem situations as some sort of necessary defense of the Second Amendment? We’ve managed for a couple of hundred years without teachers carrying concealed weapons, without parents coming to school with pistols in their pockets, without folks thinking of packing heat as part of “Sunday best” dress.

While there may be a story or two where someone carrying such a weapon might have been able to defend themselves or others, I can’t find any evidence that it is suddenly necessary for people to be able to take their guns to a PTA meeting. In fact, I’m not sure that having armed administrators, teachers or parents could have averted school attacks like Columbine, or the one at Heritage High School in nearby Conyers.

Why on earth can’t these people focus on bills that might actually improve the lives of Georgians? After reading the bill twice, the only redeeming clause is the one that says private property owners can prohibit concealed carrying on their own property. So, even if you are licensed, don’t bring your gun to my house.

The Propaganda Professor has followed up with this excellent blog with some aggregate data that gets us further in the direction of the truth about self defense use of guns. From the article:


But since we have no other number to use, let’s take it. If there are about 600 reported DGUs, and that’s about two-thirds of the total, that would give us 900 or so. Call it an even grand if you like.  We’re still short of 2.5 million, and we’re still outnumbered by gun crimes at least 400 to 1. But at least we’ve surpassed the frequency of lightning strikes.

And further, he concludes his article with this:


In a random selection of 200 DGU stories, I found that at least 69 resulted in the death of an alleged offender. (I say at least because I only read the headlines, which may or may not specify death – which often does not occur immediately in a fatal shooting.) If there are 213 such killings per year, and that represents about a third, then once again we are left with between 600 and 700 annual DGUs. In other words, it appears that there is no significant number being overlooked.

This is not a scientific study, just a suggestion or two about how one might be conducted. My figures may not be precise but they are, if not in the ballpark, at least on the right planet. If I had to wager whether the true DGU tally is closer to (a) 2.5 million, (b) 65,000 or (c) 500 to 1000, I’d bet the deed to the Ponderosa on the latter.

Here's the thing. Guns are carried by a small minority of people in this country. They are needed and/or used in self defense with rarity. Some have made the choice to get a permit to carry and also likely have guns in their homes for self defense. That is their choice. They have been convinced that since around 2 million "DGUs" per year inconceivably take place that means they themselves must need a gun for same. Common sense  tells us that this high number begs credulity. It represents minority thinking and has led to bad policy and a gun culture steeped in myth and paranoia. It needn't. With rights come responsibilities. They can co-exist. George Washington and Abraham Lincoln represented truthful thinking and the idea that all of us deserve "life, liberty and the pursuit of happiness." Thanks to them for promoting truth, equality, peace and fairness.
Posted by japete at 7:09 AM