It's just another "normal" day in America 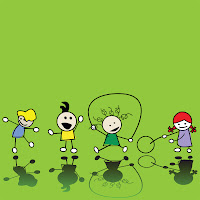 " “(It was) just a normal day,” he said at an afternoon news conference." This was the quote from a Virginia Sheriff who was speaking to the press after a Walmart employee shot himself in the parking lot of the store. Before he shot himself, though, he shot his manager in the leg inside the store for no apparent reason. Really? What gets into otherwise "normal" people when they have a gun in their hands? From the article:

DINWIDDIE, Va. — An employee of a Wal-Mart Stores Inc. distribution center in Virginia shot and wounded his manager Wednesday, then killed himself as deputies approached him, authorities said.

Dinwiddie County Sheriff D.T. Adams said deputies who were summoned to the center along rural U.S. 460 shortly after noon encountered a 32-year-old man standing outside the entrance. When deputies approached, he shot at them with a handgun, then fatally shot himself in the chest.

Witnesses said the man went to lunch at 11 a.m., walked to the back of the center and shot his 40-year-old manager in the shipping department in the leg, Adams said. She sustained non-life-threatening injuries and was taken to a hospital.

Where is common sense? As it turns out, this is a normal day in America. 32 people a day die from senseless gun homicides in this country. If that's what we want to be a normal day in our country, we will continue to let the gun lobby decide about public safety in our country. If we want to change what is normal in our country, we will stand up and shout about preventing gun injuries and deaths. There are simple things that can make changes- background checks on all gun sales, preventing illegal gun trafficking, cracking down on bad apple gun dealers and on straw purchasing, safe storage of guns, making sure prohibited purchasers have their names turned into the National Instant Check System, and understanding that with rights come responsibilities, among just a few.

And also today, a Washington state 3rd grade girl was shot by a 3rd grade boy in her class who brought a loaded gun to school. What? How does an 8/9 year old boy get his hands on a gun? Every gun in the hands of a child must first pass through the hands of an adult. What irresponsible adult let this happen? We will find out. Will that person turn out to be a "law abiding" gun owner? When it's normal to have school shootings on a fairly regular basis, there is something wrong. THESE ARE CHILDREN WITH GUNS! Kids should not be shooting kids. What are we doing about this national public safety/health problem? Virtually nothing. Shame on us. If you don't believe we have a problem with kids getting shot and shooting others, I invite you to check out a new blog called Kid Shootings. It should make a normal person sick. It should make a normal person start shouting from the rooftops and demanding that our elected leaders at long last be willing to stand up to the NRA and its' minions and its' extremism.
Posted by japete at 7:55 PM