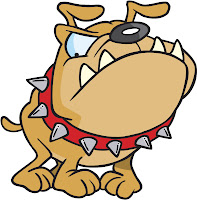 The last few days have not been so good for the guys in America. Yesterday a panel of guys came to a House hearing, led by Republican Darrell Issa, entitled, " “Lines Crossed: Separation of Church and State.  Has the Obama Administration Trampled on Freedom of Religion and Freedom of Conscience?”" Really? No bias there. So whose freedoms are being trampled here? This panel of guys were going to let the country know about why some women should be prevented from getting the health care most women will now be getting under the Affordable Care Act. This, of course, if you have been paying attention, involves free access to birth control bills and other forms of contraception. Last Friday, a compromise was struck that should have ended this kerfuffle. But, of course, the Republican extremists are not letting it go. Like bulldogs, they have refused to let a controversial issue die. This is not a winning issue for the Republicans. 99% of women have used contraception at some point in their lives. Even 98% of Catholic women have used contraception even though the Catholic church doesn't condone it. The majority of Americans think this controversy is bunk. But never mind, the guys have proceeded down a path leading to the cliff.

Thank goodness, common sense broke out at the hearing when the Democratic women on the committee walked out on Chairman Issa. Good for them. From the article:

Ranking committee member Elijah Cummings (D-MD) had asked Issa to include a female witness at the hearing, but the Chairman refused, arguing that “As the hearing is not about reproductive rights and contraception but instead about the Administration’s actions as they relate to freedom of religion and conscience, he believes that Ms. Fluke is not an appropriate witness.”

Ms. Fluke was most certainly an appropriate witness. She just wasn't a convenient witness to what the guys wanted to hear. And she wasn't a "fluke." They didn't want to hear the story from the (Catholic) Georgetown University law student about her friend who was denied birth control pills to treat a condition leading to the growth of cysts on her ovaries. When the student could no longer afford to pay for the medication herself, a large tumor grew and eventually led to the removal of the ovary. But don't bother the guys with the facts. This photo, courtesy of Think Progress, was all over the Internet yesterday.

So I have been thinking about the guy thing. Wayne LaPierre, NRA Executive VP, made his now famous sentence, "...the guys with the guns make the rules" at the CPAC conference a few years ago. This he attributed to the "founding fathers". The guys. With guns. Making the rules. Hmmmm. Let's think about that for a while. First of all, apparently there were no founding sisters or women involved in the beginnings of our democracy. Who made the rules back then? Who got to decide about the wording of our Constitution? As Congresswoman Caroline Maloney said at the hearing yesterday, "What I want to know is where are the women?" It really is an affront to over half of the American population that the men believe they know better about health care and safety issues for women.

The guys with the guns and those they have intimidated into believing their world view, have passed laws in 49 states now allowing some form of carrying concealed weapons around in public. When the laws passed, these guys convinced legislators that we would all be safer if they were allowed to carry their guns into every nook and cranny of our communities. Some of them may have mentioned that this would also make they and their families safer, thinking there is danger lurking everywhere they go. I don't know why the 97% or so of Americans who don't carry concealed or openly displayed guns don't feel that same danger risk. So for those folks who feel unsafe wherever they go, we have passed laws that allow for loaded guns in Starbucks stores, in churches, in colleges ( or so they hope) in grocery stores, malls, etc. Yes, shootings have happened in all of these places, mostly by crazed people who shouldn't have had guns in the first place. And even people with guns could likely not have stopped these shootings. Some commenters on this blog even wrote that they wouldn't try to protect the public in these cases. It would be every "man" for himself.

Instead, what I write about regularly on this blog is the incidents of permit holders and law abiding gun owners shooting other people in homes and public places all across our country. I even write about shootings of people with loaded guns on their person getting shot in surprise attacks such as the shooting of 4 police officers at a cafe in Tacoma, Washington. Just yesterday, I wrote a post about the most recent incidents of stupid and dangerous things done by law abiding gun owners/permit holders with loaded guns. And the breaking news of last night about a shooting at a Long Beach office building turns out to be a workplace violence situation. Again- not a random shooting but an immigration officer with a gun got into an argument with a co-worker and shot and injured him. Then he was shot to death by another agent with a gun. From the article:

The 5:54 p.m. Thursday shootings were described by the FBI's Steven Martinez as a case of "workplace violence involving two federal agents in their office space." He offered no other details about what led to the initial shooting.

But the Los Angeles Times, citing multiple law enforcement sources, reported Friday that the initial shots were fired by an agent at his supervisor during an unspecified dispute.

"Another agent, working nearby, intervened and fired his weapon to prevent additional rounds being fired at the victim," said Martinez, the assistant director in charge of the FBI's Los Angeles office.

I guess we could say it was lucky the other agent had a gun to stop further damage. We could also say that arguments like this in the workplace or any place, for that matter, would not end in injuries and deaths without the presence of a gun. If the first guy hadn't taken out his gun in his moment of anger, the other guy wouldn't have had to get his gun out to shoot him dead to stop more carnage. These incidents are examples of the many senseless and avoidable gun deaths all over our country.

We just don't need loaded guns everywhere in our communities. They may, indeed, make us all less safe while providing their owners with a false sense of security. Instead, we can use other means to protect ourselves from crime. Police often recommend home security systems, more lighting around your home, keeping doors locked, dogs, other ways to keep safe in your home. Here's a good idea in my local paper today- getting citizens more involved in reporting crime. From the article:


Citizen Patrols have been effective in improving neighborhoods throughout the city because residents take an active role in looking out for their neighbors and bring their problems to the attention of police. Police are hoping it can work downtown, too.

Notice- no guns mentioned. This is a non confrontational method of preventing and reporting suspicious behavior that could lead to a crime. It won't stop or prevent all crime. It won't stop people from shooting each other in their homes in domestic disputes. It won't stop kids from picking up a loaded gun and shooting themselves or someone close to them. It won't stop a teen or adult from using a gun in a homicide. That will have to come from the owners of the loaded guns who should take more responsibility with weapons designed to kill people. That will also come from more awareness that guns are actually more likely to kill you or someone you love than to be used in self defense. It is a choice to have guns in the home for self defense or to carry them around in public places. Not many have chosen to do so as the numbers of gun owners are decreasing.