Is it O.K. to say anything? 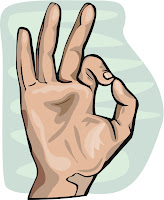 The proponents of gun rights seem willing to say anything to get their way. For example, a commenter on this blog, Thomas he calls himself, who has been long banned from comments on my blog decided he just couldn't resist. So he sent me yet another hateful comment on my post It's a guy thing. Apparently something in the post just set him off and he just had to intimidate me once again. Here are his comments in response to my post and subsequent comments. I'll let you decide for yourself if it's O.K. for people to make comments like this on a public blog:

"His religious beliefs should not be foisted on the rest of us.

Then don't vote for him you bell ringing moron!!!!

Because we have been having the pseudo religious beliefs of the jugeared wonder-tard, Baraky Husien Obambi for the last 3-1/2 years....

There was that very difficult, was it a little beyond your limited/retarded mental capacity, DON'T VOTE FOR HIM YOU DUMBASS!!!!! Or better yet, register republicna and vote for the republicna that you think will lose to Obambi.....

The leadership of some religious organizations were invited to speak at the congressional hearings about the President of the United States violating the first amendment of the Constitution by Executive Order and you are busy, the statist moron that you are, bleating about why didn't you invite some women.......

Good gravy but you are one pin-headed statist EFF-tard.....

Please note the racist and misogynistic implications in the remarks. Please note, as did another blogger friend, the comment referring to President Obama. Also note that much of it is inane and even ridiculous. I was offended but on second thought, these remarks were almost amusing in their immaturity and misplaced anger. These are school yard bully tactics. Is it O.K. to write things like this? (spelling and grammar errors are his, not mine) And further, after I posted his comment to show my readers the lengths to which the pro gun guys will go, he seemed slightly upset that I had posted his comment. I suggested that he shouldn't write stuff like this if he doesn't want it to go public. Because once it goes public, it exposes an ugly side of the gun rights advocates. It exposes people who are so extreme in their views and outside of the mainstream that they should be considered irrelevant. Their views have been given credence for far too long. It's time to put an end to this method of intimidation long used to stop reasonable gun laws from being passed and to intimidate anyone who gets in the way of their agenda.

Yesterday on the floor of the Minnesota Senate, the Shoot First bill was taken up. At the end of the day, the bill was passed on a 40-23 vote and is headed to the Governor's office after a brief stop at the House regarding an amendment. So now we wait to see what the Governor will do about this bill. But as I was watching the remarks of the proponents of the bill, I was struck by how they were willing to just say anything to get support for this extreme bill. For example, if you look at the video clip contained in this article in the Star Tribune, you can watch Senator Gretchen Hoffman say that she needed to be able to expand her right to shoot someone on her property because after all, she was a middle aged woman who was not as fit as she once was. And what would happen if a 25 year old man dared to walk onto her property ( she lives in a rural area)? She wouldn't know his intentions so she needed this ability to defend herself from someone even though she would have no idea if there were evil intentions. It just blew me away to think that she wants permission to blow someone away with her gun if he wanders onto her property. Really? Is this what we want in our communities? Is this O.K?

Another Senator claimed that a jury would decide if someone using this proposed law for self defense should be found guilty. What? The wording in the law says that these shooting incidents would be granted immunity from prosecution. Can you just say anything? One Senator claimed this bill is not about self defense in the home but on the streets. Others claimed that this is all about their second amendment rights. I guess they forgot ( maybe conveniently) that the 2008 Supreme Court Heller decision and subsequent cases about the second amendment clearly state that the second amendment does not grant an individual a right to self defense outside of the home. People do have the ability to defend themselves outside their home. You are legally protected if someone is threatening you with great bodily harm, and you don't have an alternative, you can kill them. It's not a right, however. It's an exception to the murder law, and people legitimately acting in self-defense are protected. When confronted by several Senators in opposition, the proponents even had to admit that Minnesota law already allows for justifiable self defense in the home without having to retreat. So what is this all about anyway? This is not about self defense or the second amendment. This is about the NRA's extreme agenda to allow for anyone to carry loaded guns in public anywhere they want and to be able to shoot someone as a first resort instead of a last resort. Any claims to the contrary are not true. And then there was this claim that the government should not be allowed to take guns away during national emergencies. Hurricane Katrina was brought forth. And, from the linked article above:


Hoffman said she was gravely concerned about reports that law enforcement agencies confiscated some firearms after Hurricane Katrina. "One of the worst things you can do, for people who are already stressed, in a chaotic situation ... is to take their guns away," Hoffman said. "They don't have a way to defend themselves."

What? Can you just say anything? When people are under stress in national emergencies, it is the opposite. Guns are just not a good idea. Senator Harrington, former St. Paul Police Chief, brought up the fact that during the 1965 Los Angeles riots, the rioters raided gun shops and stole the guns. Should the government be allowed to seize those guns? Do we want everyone running around on our streets with guns shooting up the population? Is that O.K.?

This Oklahoma Congressman thought he could just say anything when he noted that maybe he needed to shoot a few Senators to get them to vote for the House budget. Really? He didn't get away with it. He has had to apologize. What is more worrisome here is that he made the comments in the first place. I just love it that people can say anything and then try to get away with apologizing if they offended anyone because they didn't mean it. NOT. From the article:

Sullivan's comments drew criticism from U.S. Rep. Carolyn McCarthy, D-N.Y., a longtime proponent of stricter gun laws whose husband was killed and her son severely injured during a mass shooting on a Long Island Rail Road train in 1993.

"Mr. Sullivan's remarks show a staggering insensitivity to the families of 30-plus Americans that are killed by gunfire every single day," McCarthy said in a statement. "This kind of rhetoric helps illustrate just how hard it is to pass sensible laws to reduce gun violence in the Republican-controlled House."

The vice chairman of the Tulsa Democratic Party said Sullivan's comment "exceeds the limits of poor taste by miles."

"Metaphor or not, your words suggested to the community that violence is a solution if you do not agree with an elected official's point of view," Michael Whelan wrote in a letter to Sullivan. "While the political discourse in Washington may be ugly these days, it is incumbent upon our leaders to set the example and to calm the toxic firestorms brewing within their perspective parties. Your statements poured fuel on that fire."

There is a common thread here. The remarks and comments made show an insensitivity to victims and to violence. They ramp up the divisiveness occurring in our county and add to an atmosphere that promotes violent solutions to difficult problems. It reminds me of the second amendment remedies espoused by Nevada Senate candidate Sharron Angle. It reminds me of Sarah Palin's now infamous gun sight images set on a map of certain elected officials before the 2010 election. And, of course, the shooting of Arizona Congresswoman Gabrielle Giffords soon after reminded us all that Giffords was placed in one of those cross hair images. Words matter. Palin was not responsible for the shooting, of course, but when hyperbole and violent talk and images become part of our national rhetoric, it sharpens and roughens the national discourse. It also reminds me of the many offensive comments made on blogs and articles written by people in the gun violence prevention movement or any article posted on-line. If you read comments on the articles it doesn't take long before the extremist rhetoric takes over the comments section and we are down in the weeds with rude, offensive, name calling and demeaning comments.

On Valentine's Day, the National Gun Victims Action Council launched a boycott against Starbucks because of its' refusal to ban guns in stores all over the country. This started when the Open Carry movement in California and Washington state decided to carry guns into Starbucks stores and other stores in their area. Some of the stores- California Pizza Kitchen and Peet's Coffee &Tea responded by posting signs banning guns. Starbucks refused even though the organization does not allow guns in their corporate offices. They claim they are just following the laws of the states where they are located not admitting that the laws allow for private businesses to post signs banning guns in private businesses. So leave it to the extremists in the pro gun movement to make a mountain out of a molehill. They decided to purposely flaunt the carrying of their guns into Starbucks stores. And not only that, they have been posting photos and comments on the Starbucks Facebook page. You can see them here. What is the matter with Starbucks for allowing this to continue? This movement is actually backfiring on the gun lobby and even one of their own recognized it and encouraged them to stop. But no matter. They have continued because they believe they can just say and do anything. Don't bother them with civil discourse or responsibility. No one gets in their way. It this O.K.? Where is common sense?
Posted by japete at 1:47 PM