How do Breast Cancer Awareness and guns go together? 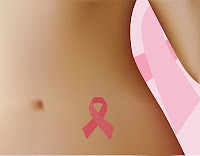 Just when you think you've seen it all, something else occurs to raise your eyebrows and your hackles. As we all know if we have been attention at all to the news, the Susan G. Komen Foundation has come under scrutiny and criticism for withdrawing funds from Planned Parenthood for Breast Cancer screenings. I object. Many poor women can't afford to get screenings anywhere else. These are mostly offered for little or no cost to the women who get them. This is a good thing. But the far right extremists just hate Planned Parenthood because they perform abortions- only 3% of what Planned Parenthood does is abortions for women. The rest is providing other medical services for women and in a lot of cases, young women. Thank goodness there is a place where services are available. Birth control for one thing, is very important. But, of course, there is an attack on birth control as well.

Refusal clauses fly in the face of women’s needs, scientific evidence, and medical standards of care.  Refusal clauses undermine and ignore the personalized decisions that all people make about their health.

If men had uteri and ovaries, we wouldn't be having these discussions. Women and women's health are under attack by the far right. It's disgusting and a dangerous and concerning slippery slope.

But to add insult to injury, now the Susan G. Komen Foundation has teamed up with a gun company to sell cute pink pistols to women in recognition of Breast Cancer Awareness Month.  This is almost a parody. If it wasn't so sad it would be funny. Here is the ad for the gun. From the ad:

The P-22 Hope Edition has an exclusive DuraCoat Pink slide in recognition of Breast Cancer Awareness month. Utilizing the same reliable controls and firing mechanism that has made the Walther P-22 America’s top selling handgun, the Hope Edition will be a limited production pistol offered exclusively through Discount Gun Sales.

The Hope Edition? You've got to be kidding me. What hope is there in buying a gun? Women are more likely to be killed by that gun than using it for self defense. And if someone can tell me what a gun has to do with breast cancer and breast cancer treatment, please speak up. I thought so. No one can explain this one. Except to say- follow the money. Who will benefit? Mostly the gun website but apparently a Seattle area Komen Foundation chapter will get some money from those women who are silly enough to buy one of these guns to support breast cancer awareness. This Huffington Post article sheds some new light on the issue. No one is commenting nor are they saying whether or not it is true. Yes, the gun website does misspell Komen as "Koman". Did the gun website fabricate this? If so, why? How can you make something like this up? If that is the case, there is another problem to explore. But if it is true that their is a link between the Komen Foundation and this sale of pink pistols, women should look quite carefully at what it means. Does the gun lobby even insert itself into breast cancer campaigns now? I am on the Board of several non-profit organizations. If this ever came up for consideration, more than a few board members would object strenuously. Where is common sense?

And the latest news is that the Komen Foundation has changed its' mind and will restore the funding to Planned Parenthood for breast cancer screenings. I don't think that will be enough to restore complete faith in an organization that made a politically motivated decision by people who should have known better. But when ideologues get involved in non political campaigns, they inject their own views where they shouldn't be. In this case, it backfired almost catastrophically for them. I submit that the Susan G. Komen Foundation has done itself and its' image serious damage. Will it now reject the attempts of the gun lobby to interject its' agenda into a place where they have no business?

When contacted by someone at the Brady Campaign, the Susan G. Komen Foundation claims that it knows nothing about this gun website and selling pink pistols for Breast Cancer Awareness. So now the question remains as to how this information got onto the website of discount gun website in the first place. And the latest is that when I click on the link to the site, it is no longer available. It is getting more and more interesting.

UPDATE #2- The website for the Walther 22 pink handgun is back up and it clearly states that they are teaming with the Komen Foundation. What is going on? Who is lying here? http://www.discountgunsales.com/walther-p-22-hope-edition-34-pr-5575.html

UPDATE #3- The gun discount website with the ad for the pink pistol is back down again. Perhaps the pressure was too much. This gun company has some answering to do if it's true that Susan G. Komen did not give them authority to sell guns using their name.  http://www.cbsnews.com/8301-503544_162-57371441-503544/susan-g-komen-denies-partnership-with-gun-retailer/