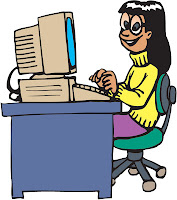 The title of this post is the last thing this man said on the video he posted after reading some posts on his daughter's Facebook page. That, of course, was just after he shot up her laptop. Don't mess with this guy and his .45! One wonders why his daughter has some problems with her Dad. I guess we should count her lucky that it wasn't her instead of her laptop at the other end of that gun barrel. This falls under the category of totally senseless and stupid. I don't think this guy's message is going to resonate with the right folks now that it has gone viral. He may just regret his actions. Where is common sense?

And while I'm talking of the lack of common sense, let me highlight a few more stories on this post concerning those law abiding gun owners/permit holders. They are at it again.


"He used the word “irrefutable fact” repeatedly, pointing to evidence that indicated Buoy had held the gun fully-loaded within four inches of his wife's head and had pulled the trigger. Such action, he said, was in total disregard for basic firearm safety — something in which Buoy had been trained as he held a concealed carry permit — and was in total disregard for human life.""

I thought these kind of things weren't supposed to happen amongst law abiding and permit holding gun owners. It's inconvenient for the cause that in actuality, law abiding people are shooting people every day. Gun owners are not as careful as they would have us believe. Guns are designed to kill people. They are dangerous weapons and not to be taken lightly. But too many times, the ease of which they are accessed and used by their owners or someone else results in tragedy. And why do we let these continue to happen? That is the question and the answer comes with all kinds of excuses and denials from the pro gun extremists. There are no excuses. We can't keep denying what is actually happening. It's time to speak the truth.