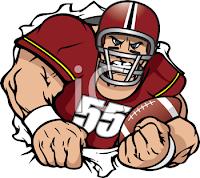 Today, everyone who watches the Super Bowl will be able to see many interesting ads. This is a chance for ads to reach a wide audience of people as they tune in to the premier football game of the season. Personally, I am not a big football fan but usually get together with friends to watch the Super Bowl mostly because it has become a tradition. In my house, sports are pretty big. My son and my husband love almost all sports. So we watch sporting events. Today, I will be watching the Super Bowl with friends but mostly to get together for the food and socializing. As always, the ads are often more entertaining than the game itself. One of the ads that will run comes from Mayors Against Illegal Guns. Here is a preview of the ad:
I say, cheers to Mayors Bloomberg and Menino for taking the lead in bringing attention to the problem of too many illegal guns in our communities. We can do something about this by asking our elected leaders to sign on to and vote in favor of several bills languishing in our Congress. One is the FixGunChecks bill. Another is a bill, newly introduced, that will crack down on bad apple gun dealers and illegal gun traffickers. Neither of these bills would affect law abiding citizens. Rather, they would keep people who shouldn't be able to get guns from getting them in the first place. It will not, of course, solve all of the problems of an American culture that loves guns and seems to shrug off the fact that our country has more gun deaths per 100,000 than any other industrialized country not at war. I recognize that guns are a big part of American life. So be it. But whenever I talk about sensible gun laws I am met with strong resistance from those who assume any measure to curb illegal gun ownership and use will naturally infringe on their own rights. This is an unfortunate and false assumption.

The truth is that gunshot injuries kill way too many people in America in gun homicides, suicides and accidental shootings. These are not only criminals with guns. These are average Americans with guns who, because of an argument, depression, mental illness, domestic dispute, drug and/or alcohol abuse, etc. shoot themselves or people they know or love in senseless acts of violence. So when I talk about restricting access to guns for felons, adjudicated mentally ill people, domestic abusers, drug users, terrorists, etc. I have no illusion that the shootings will stop in America. That is a different discussion that should be part of our national and community discourse but isn't for many reasons. I suggest that it doesn't have to be that way.

Common sense tells us that America can do better. Football is a typically American sport. So is the idea that guns rights trump public health and safety. That is not the way it's viewed in many other countries. In countries where there is not widespread gun ownership among the general public, there is also not widespread gun death and injury. This article highlights the difference between the U.S. and the U.K. as just one example. From the article from National Gun Victims Action Council:

England is a country very similar to ours.  They hunt, they collect guns, and marksmanship is a big sport.  They have serious drug problems, poverty, gangs, immigration issues etc.  Because this is a country where only criminals have guns, we would expect there to be rampant gun violence – huge numbers of gun homicides and gun crime assaults.  After all, only the criminals have guns.  Even the police don’t carry guns.  England has 75 gun homicides per year.

As our population is 5 times that of England’s (300 million vs. 60 million) we should expect 5 times their gun homicides each year or 375.  In fact we have 12,000 each year.  But in our country, not only do criminals have all the guns they want*, but so do the law-abiding citizens.

The article goes on to say that if we make it harder for criminals and others who should not get guns to get them, we wouldn't need to arm ourselves against the criminals with guns. It is a circular argument that doesn't get a lot of attention. It should. Given all of this, why are we not doing something about this national public health and safety problem? The answer is simple. In this country we have a powerful and well financed gun lobby that turns any common sense argument in favor of sensible gun laws and solutions into a fight over gun rights and the Second Amendment. The NRA has a strong offensive and defensive plan to stop the efforts supported by the majority of Americans to keep illegal guns out of our communities and to promote the carrying of loaded guns in every nook and cranny of our communities. Watch the ads and support common sense.
Posted by japete at 10:00 AM