Shooting injuries on the rise 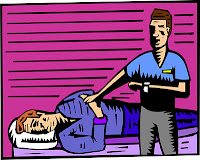 Here is a new report from the Violence Policy Center, just in time for the Jan. 8th Too Many Victims vigils. From the press release of the publication:

"Many experts cite advances in emergency services, including implementation of the 911 system and advanced trauma care, as a primary reason that more gunshot victims survive. Many of these survivors, however, suffer extreme, life-altering injuries. The injuries suffered by Representative Giffords offer but one example of the severity of the damage bullets inflict on the human body. In fact, 50 percent of all trauma deaths are secondary to traumatic brain injury such as Representative Giffords suffered, and gunshot wounds to the head caused 35 percent of these. Gunshot wounds also account for about 15 percent of all spinal cord injuries in the United States.

The increasing firepower available on the civilian gun market is also a factor in the number and severity of gun-related deaths and injuries.

“America is paying a very high price for policy decisions made on the local, state and national levels that make increasingly lethal firearms readily available. These numbers make clear that denying America’s gun crisis will not make it go away,” states VPC Legislative Director Kristen Rand."

And to prove the points made in the report, here are just a few of the newly published shooting incidents by "law abiding" gun owners resulting in injuries:

What the heck do you need a gun for while sitting in your apartment surfing the net? This man had his precious gun in his lap while on his computer and the gun fell, discharging a bullet into the apartment below. Really, some days you would laugh so you don't cry.

What about this Utah law abiding gun permit holder on a college campus? Yes, indeed, we should allow those students to carry their guns on campus. Surely nothing will go wrong. They are for self defense from all of those boogie men out there. But who is going to protect the rest of us from these law abiding gun owners?

Here is yet another veteran with PTSD shooting law enforcement officers. What is going on? This is the 3rd one in almost as many weeks. This time the shooter took out 6 officers with one dead in Utah. This is a disturbing trend. Maybe it's just totally happenstance. Time will tell. Officers serve our communities to protect us and provide other important services. But the numbers of officer deaths is higher than ever showing another disturbing trend. And this, of course, would make this case more complicated:


Among the questions that authorities will try to answer was whether the officers, in the chaotic moments upon entering the house, may have inadvertently fired on each other.

Unfortunately, when "shoot-outs" happen, bullets fly. That is the problem with guns. That is why it's not possible to ensure that guns for self defense at home or in public will not result in shooting the wrong person. Chaos happens.

And then there are the kids who have been shot and injured ( I am not even discussing those who were killed ):


As I said, these are just a few of the increasing number of gun injuries occurring in our neighborhoods daily. The ones I have listed here are those that were shot by law abiding gun owners or law abiding gun owners who shot themselves. There are too many victims. Tomorrow I will write more about that and the upcoming vigils for the one year anniversary of the Tucson shooting.
Posted by japete at 2:15 PM