Pro gun guys- have you no shame? 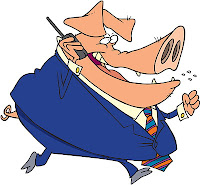 Here is a message to the pro gun extremists who have mocked the candlelight vigils. Have you no shame? Here are just a few of the personal attacks against me and other victims from a pro gun blogger who writes his own blog, titled, Too Many Victims ( clever, no?)- Oh before I start, this man thinks I was in a snit over what the pro gun extremists thought about our vigils for victims. He would be wrong. It's not a snit. It's just pointing out how tasteless, offensive , boorish and ugly the pro gun extremists can be. But I digress. Here then are some of the comments from this blog:
And then, of course, the small minded commenters got into the action and weighed in:
And then there's this blog written by a woman who says her name is Jennifer. Let's see what's in her head. For starters, there's this:


"So I ask you, Joan. Where’s the candle for Lydia?That’s right, there’s no room for her in your vigil.  You would have all of us at the   mercy of the stronger, more powerful, violent Travis Forbes of the world. Her life is worth defending. She needed an equalizer.  Her fingernails weren’t enough.But you love victims so much you wish there were more of them. You want to parade them out to prop up your agenda rather than even attempt to find a solution to the problem of violence. "

So there you have it dear readers. These are the people who read my blog and then go and comment on other people's blogs. These are the people who the NRA represents. These are the people who think they can threaten, demean, name-call, abuse, belittle, and mock. During and after the candlelight vigils  to honor victims of gun violence, the gun rights extremists ramped up their rhetoric. Victims make them nervous. They don't like victims. They say we are "dancing in the blood of victims" when we light candles and ring bells. What's that all about anyway? It's a statement made often. What these folks don't see is that their rigid resistance to any common sense gun laws that might actually prevent some of the shootings in this country results in more victims. Do they want more shooting victims? It's odd that they don't see how failure to do something has resulted in more victims. And then, cynically, they try to find their own victims. The truth is that there are too many victims and they know it. So to the pro gun bloggers who find it amusing to mock victims and survivors of gun violence, your words are here for all to see and they aren't pretty. They portray a group of people who seem to believe that anything can be written with no consequences. Their voices represent a few loud, obnoxious and offensive people who are attempting to influence public policy in our country. Shame on anyone for listening to the voices of these people. We should all be offended.


And one last thing- I wonder how the bloggers and the people who comment on them would like to see things like this said about them in public? It's something to consider before posting offensive things about another person. Do people like this think they can say anything on the internet? Do they know the person on the other end of the offensive and rude comment are humans with feelings and families and friends who fear for them when they see stuff like this? There's the thing about "turning the other cheek" and there's the thing about "doing unto your neighbors". Those are things I learned in my church and practice every day. I also wonder if these folks have mothers, sisters, children, brothers who see what they write and what they would think about their father, brother, son or daughter writing such vile things on the internet for all to see. At least I know that my integrity is in tact because I don't choose to deploy tactics such as these. No comments will be published from pro gun activists on this post.