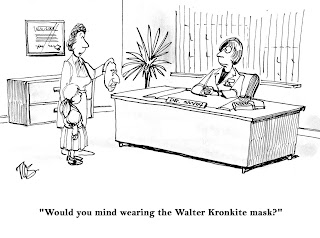 So what's new regarding gun ownership and gun violence? New studies have revealed some interesting things. First is a more careful look at the gun industry's hype before the Christmas holidays about gun background checks increasing dramatically proving that there were more sales of guns for the holiday. This article by Josh Horowitz of the Coalition to Prevent Gun Violence takes a harder look at the data and dispels the myth about this line of reasoning. From the article:


"The source of these stories? Reporters, as always, were being pitched to by the gun lobby--specifically the National Shooting Sports Foundation (NSSF) and the National Rifle Association (NRA). Here's the funny thing, though. The gun lobby doesn't actually provide any gun sales data to the media. The NSSF (the trade association for the gun industry) and the NRA have this data--because gun manufacturers have to understand what their dealers are selling in order to produce the proper amount of product and maximize profits. But the gun lobby has blocked public access to this information for decades. Instead, they offer reporters data on background checks run through the FBI's National Instant Criminal Background Check System (NICS)."

Hmmm. Now why would the gun industry want us to think there are more gun sales?


So why do the NSSF and NRA continue to refuse to give reporters access to actual sales data (which they get from every other industry in America)? The answer to that question is obvious. The gun lobby is desperate to perpetuate its image as The Lobby That Cannot Be Crossed by Politicians in the face of a very harsh reality: Declining gun ownership in the United States.

So what's the truth here? Who is buying all the guns that the industry itself is claiming are bought? And who is hyping the information to the media and why does the media believe it in the first place?


How much longer will the combination of lazy (or sensationalist) reporting, along with the NRA's desire to prop up its gun industry benefactors, lead to widespread misinformation about the state of gun sales in America? We can all appreciate that reporters need stories, and "sexy" material brings ratings, but it's time to correct the record. If Microsoft or Ford tried to send a reputable news outlet information on some tangential metric and pitch it as "sales data"--while simultaneously blocking access to the real figures--they would be laughed at and deemed backwards. It's time to hold the gun industry to the same adult standard.

Second, there is a new study out from the Violence Policy Center, which you can find in this press release about the study. The study examined homicides of California youth. The study's findings are not really a surprise given that we know that guns cause most of the homicides but the study reinforces the knowledge we already have and should make elected leaders and Californians stand up to do something about it. From the summary of the study:

There is some good news here in that the overall homicide rate for Californians aged 10-24 dropped from 2009-2010. But still, overall, the rate of gun homicides per 100,000 is higher in California counties than in most other industrialized countries not at war. Given that, the study makes a point about the use of firearms in homicide deaths in this age category:

Good research and examining the truth and the numbers often shows us things we need to know and points out the real problems. This is important if we are to understand the effects of firearm use and ownership in our communities. What we can learn from the above is that firearms still account for most homicides, not only in Californians of ages 10-24, but also in general for our country as a whole. And while there may have been more FBI background checks before and during the recent holiday season, do the background checks have a linear relationship to actual gun purchases? And do we know that this has resulted in more actual people buying more actual new guns? It turns out the answers are no and no. The gun lobby is desperate to make us think there are more gun owners in the country because if there aren't, just who are our elected leaders representing when they loosen our gun laws to allow more people to carry more guns in more places? And who are our elected leaders representing when they ignore the victims and stand in the way of reasonable gun laws? Gun permit holders are about 2-3% of us. For a shrinking number of gun owners, the NRA gets the power and influence to make and change our country's gun laws? For a small percentage of Americans who are gun permit holders laws allowing this small group to carry loaded guns around in more public places could be making us less safe instead of more safe. So why, then, are elected leaders listening to this small group of Americans? Follow the money.

There is a movement in our country to make sure our leaders represent the majority of us. That is what the Occupiers are all about. When 1% of Americans are paying less in taxes and making more money than the 99%, it makes people angry. When the light of day is shed on the truth in these studies and it shows that the minority is getting their way over the majority, it makes people angry. That is why the gun lobby does not want the truth to be known. That is why common sense is necessary to make change in our country.