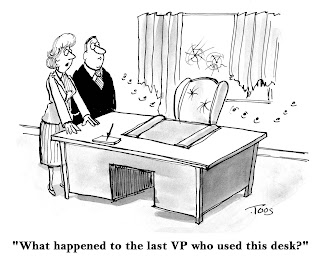 Well the new year has started out where the old year ended. It all started with this article about the shooting at an Indiana Kroger's food store. A store manager shot and killed an "armed" robber. Now mind you, this robber was no nice guy. He had several previous offenses and he was clearly a felon. Did he have a gun? Did he intend bodily harm? Was the clerk in immanent danger? Should the manager have been allowed to have his gun at work in violation of Indiana law? Should the manager, a gun permit holder, have shot the robber point blank? Could the robber have just taken the money and run as is the case in many armed robberies? How should employees react to such incidents? Do employers want guns in the work place? If not, who does? Is it a good idea for employees to be armed at work? Opinions vary. This one expresses my views pretty well.


I can see it now: Shoot-out in canned goods! Gunfire in the cereal aisle (those granola-eating liberals had it coming…they weren’t even packing heat!) So what if Kroger has to pay zillions of dollars to innocent shoppers who might inadvertently step into the line of fire? So what if a trigger-happy employee misconstrues a “situation” and starts shooting? So what if…well, let’s just say there are innumerable scenarios that would not end well.

This one expresses the conundrum presented by this work place shooting by an employee.


News reports say some Kroger workers fear the employee who shot Atkinson will be fired, causing supporters of the store manager to launch a Facebook site expressing support for him. It is unclear whether the employee had a license to carry a concealed handgun. Many larger, chain retail stores train their employees not to forcibly resist robbers, including chasing after shoplifters who flee the store with stolen merchandise, for liability reasons. Marion Co. Prosecutor Terry Curry and IMPD have indicated that they do not currently have plans to file charges against the store manager who shot Atkinson.

It turns out that the employee did have a permit to carry and he, indeed, will not be charged with a crime. From another linked article within the above article comes this:

The gun rights battle continues to rage. While many people said they support what the worker did, some of those same people don't think guns should be allowed in the workplace.

Marsh, a competitor to Kroger, said its policy reads that "possession of any weapon of any kind on company property, in any company building or at company-sponsored events is not allowed," with some exceptions.

Sen. Brent Steele, R-Bedford, said that while companies can have such policies, he thinks they shouldn't and doesn't believe an employer should second-guess an employee's right to self-defense.

"If they've got a policy that says that their employees can't do that, I wouldn't work for them, personally," Steele said. "I guess they can fire him, but at least the guy is alive, so he can go get him another job."

Comments on my previous blog post seem to pretty much express the views of gun rights activists. You can read them on the comment section but suffice it to say that most of these folks support the idea of people carrying loaded guns in the work place in case they might be needed in a situation like the one above. They also seem to be saying that companies shouldn't be allowed to keep their employees from carrying their guns at work.

With more people carrying in more public places, does this mean that we will see more workplace shootings like this one in California? The economy is bad. People are out of work. Homes are being foreclosed. In this case, there was security at the company: "The complex is surrounded by a fence and patrolled by a security guard. Employees need a security card to get into the building, said Gil Alexander, a spokesman for Southern California Edison." So do work places have to have metal detectors if they have a policy against carrying guns at work? Would other workers with guns have been able to stop this man? He shot himself once and he also shot 12 people ( according to one account), 2 dead plus the shooter. Most people would want to get away from the situation rather than challenge a deranged and angry person with a gun. Besides, there is no guarantee that a permit holder would be able to shoot someone like this once the element of surprise happens. Or there is a real possibility that someone with a legal gun could attempt to shoot back and maybe or maybe not hit the shooter and maybe or maybe not hit innocent employees or customers.

Other work place shootings include in a beauty shop in California, a law office in San Francisco, an Omaha shopping mall, at hospitals, at a Minnesota sports bar,and post offices ( "going postal"). It happens anywhere. Some think guns are needed in self defense in these places, most do not.

But then there is this one-a store clerk in Aurora, CO killed one of two armed robbers and left 2 store workers wounded. This one appears to be justifiable as this same store has been the target of many robberies and one other time, resulted in a robber shot by the store's owner. And this shooting of an armed robber at a Las Vegas pawn shop resulted in the death of the robber. Luckily for the store owner, he was uninjured. So these are just several incidents of likely many that occur on a fairly regular basis all across our country. Some business owners choose to have guns at work and there are places where more danger exists than others. In these cases, guns did make a difference to the safety of the business owner. That is not always the case though. And yes, some shootings are justifiable.

This comprehensive study about work place gun violence and prevention of the same suggests that allowing guns in the work place increases the risk of homicide during work hours. Some states, including my own state of Minnesota, have passed laws specifically allowing guns to be stored in cars in parking lots at the work place. The guns must be locked in a glove compartment or trunk and not visible. Many employers would prefer that these laws were not in place. But the gun lobby got them passed anyway. And the whole thing is complicated by unclear language in the laws, leaving employers to guess at how to institute work place safety. The second amendment trumps work place safety apparently. The second amendment is silent on guns in the work place but that hasn't stopped the gun lobby from pushing the laws using their rights as a cover for their desire to carry guns everywhere they go during the course of a day.

Here are a number of articles about the guns in the work place:

This one is a discussion about work place security.

This one is from the Brady Campaign/Center regarding work place violence.

Here is one about the open carry movement and what it means for corporations and businesses.

The U.S. Department of Agriculture has a lengthy article about safety in their places of employment.

The Coalition to Stop Gun Violence has this article on their website about how the NRA has managed to pass laws allowing guns in work places in spite of opposition from businesses.

And finally this article about guns, the work place and domestic violence.

Guns for self defense in the home are one thing. I understand why some people have chosen to keep guns for that purpose. But once guns are introduced into public places, it changes the equation. The U.S. is awash in guns. We have more guns per person than any other country. We are allowed to carry guns in public places that other countries do not allow. We have a second amendment which almost all other countries do not have. We also have more shootings and people dying from gun injuries or surviving with life long complications from their injuries.


Those surveyed supported the idea that gun laws and gun rights complement each other. The poll offered this statement: “We can do more to stop criminals from getting guns while protecting the rights of citizens to freely own them.” Among all gun owners and NRA members, 86 percent agreed.

Somewhere in the middle is where change can happen.
Posted by japete at 7:02 PM