It's the victims stupid.. 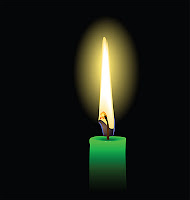 My heart and mind has been filled with the stories of victims of gun violence over the past few days. You see, that is what this whole thing is all about- there are too many victims. You can see the coverage of the many vigils held all over the country at this site. And these stories and news reports are just a few as others are yet to come. They are emotional and powerful testimonies to the stories of those who are survivors- those who are left behind when a loved one or friend is shot to death. Thousands of people all over the county attended vigils.

At the vigil in Duluth, several people came forward to ring the bell in memory of a loved one who had never before come to one of our events or come forward. But this time was different. I think it had something to do with the circumstances of the Tucson shooting that so affected the psyche of our country. The fact that a sitting Congresswoman was the target of an assassin and that 6 innocent people were killed, including a 9 year old girl just resonated. The fact that the shooter was a young deranged man with a gun that had several high capacity magazines that he attempted to reload in order to do more damage just resonated with the public. The fact that Gabrielle Giffords is still alive and in the news keeps the issue of this tragic shooting in front of the public. The fact that Giffords has such obvious injuries and disabilities caused by a bullet to her brain is a reminder of the damage that bullets can cause. Here is Giffords yesterday, struggling to say the Pledge of Allegiance at a Tucson vigil in memory of the victims of the shooting:


No guns or gunshots here. Just candles and music. Peace. It reminds us that we have too many victims of shootings. At every vigil, there were reminders to those present and the local press that people are being shot to death every day in numbers that are just unacceptable. The fact that President Obama has done nothing and Congress has been intimidated by the powerful gun lobby has not gone unnoticed by the public. The public is waiting for something to be done about the many many victims of bullets. The vigils were powerful in their visuals and their emotional content. The media noticed. The media came. The media reported and the media understood what the stories meant.

And this, my friends, is how the gun rights extremists reacted to a nation wide vigil with thousands of victims and others lighting candles and ringing bells. Cynical, stupid, wrong-headed, rude, twisted, ridiculous.... These folks think of themselves as clever and want to get into the faces of victims and gun violence prevention organizations. It is not funny. And they are uncomfortable when the focus is on victims. I wonder why? They don't like victims because victims is what this is all about. There are too many victims. The video above is so immature and ridiculous as to make the public wonder what kind of country we live in. These folks could have just sat back and shut up. But they needed to mock. They felt a need to try to call attention to themselves. If they think this helped, they are sadly mistaken. And they are wrong. Victims matter. If the public begins to realize just how many victims there are, they might just demand common sense from elected leaders. If elected leaders truly realize the impact of gun violence on our American society, they might just act. So mocking victims and making fun of serious and emotional vigils is just plain tasteless.

Many of my readers love to mock me and are rude and in my face. They love to argue with me and others who are speaking out for victims. This behavior is beneath common sense and civility. I will not publish any comments attacking victims on this or any other post on my blog. There are no arguments about the fact that there are too many victims of gun violence. When 32 people a day are murdered with guns, there is nothing to argue about. When 30,000 people a year die from gunshot injuries in America, there is nothing to argue about. There are too many victims.
Posted by japete at 5:02 PM