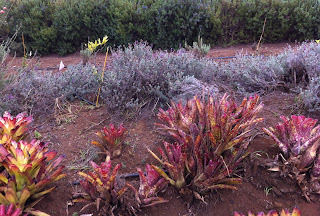 It's so hard to slip back into normal life after a wonderful vacation. Such is the case for me after my return from Maui. I came home to near zero temperatures but sunny skies with a chance of warmer than average temperatures in the coming week. Now I need to process my week in Maui where the sun shone every day with nary a shower to dampen the mood except at the Lavender Farm and Botanical Gardens in the higher elevations. Even then, the beauty was overwhelming. 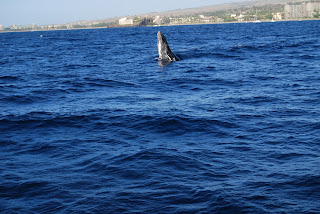 As on my first trip to Maui, I saw whales up close and personal. What an amazing site. They are so powerful and almost playful. We could hear them blowing the water out of their blow holes and I heard them from under the water while going on a snuba adventure. It was enough to make me forget all of the icky things of every day life and the stresses that go along with my work in the area of gun violence prevention.

But reality always hits upon returning home. One reality is the continued shootings. As always, shootings and gun incidents never take a vacation. There is just no escaping it. If you want to see how many times children have used guns accidentally or on-purpose, check out the Kid Shootings blog posts. By my count, there were 44 posts about kids 17 or under being shot, or shooting someone or watching someone get shot- just while I was on vacation. Really? Are we insane? Check out how many were kids are finding loaded guns and shooting themselves or someone else. Check out how many were shot by stray bullets. What are we doing to stop this insanity? As it says at the bottom of some of the posts, "Every gun in the hands of a child passes through an adult." Let's do something about this daily tragedy. Law abiding gun owners don't always think about where those loaded guns will end up when they leave them sitting around. With rights come responsibilities.

While I was away, Arizona Representative Gabrielle Giffords announced that she would leave the House of Representatives. Nothing will ever be the same for her because of a mad man with a powerful gun and several high capacity magazines meant for mayhem and carnage. Guns are dangerous and powerful. If you want to read a good article about the power of guns in this country, read this one. Guns are the great equalizer, or should I say, the great disequalizer. They can take down the lives of innocent people in an instant and change lives forever. In this article the focus is on how quickly our country's politics can change with a gunshot. From the article:


So it was painful to watch last week as the will of the people was overturned and one of Arizona's duly elected representatives was forced from office. It wasn't a recall vote or scandal that did it. No, the people's will was overturned by a gun.

This, of course, referred to Representative Gabrielle Giffords' decision to step down while she is recovering from her gunshot wounds. She was, and is, a promising young politician. But guns can change careers in the flash of a bullet exiting the chamber of a gun. The article by Syndicated columnist Leonard Pitts, Jr. goes on to list the measures that could and should be taken to prevent some of the daily carnage caused by bullets and then says this:

So nobody talks. Nobody listens. Meantime, our unwillingness to get serious about an epidemic of gun violence brings us the equivalent of 11 Columbine massacres every week -- three 9/11s every year. Every once in a while, as now, it even overturns an election. The carnage goes on, and on.

And sadly, that, too, reflects the people's will.

Sadly, there are pro gun people on my blog who tell me they are outright not interested in compromising about the issue of guns and gun rights. They are on my blog to change the minds of my readers. What? They can write their own blogs then. I am all about changing minds and hearts of people who believe that common sense can actually occur concerning the gun issue. There are occasional cogent discussions where some of the back and forth leads to a better understanding of the opposing view points. Mostly though, I "stick to my guns" and the pro gun folks stick to theirs. And that is sad. Let's not "muddy the waters" with anything sensible.

Upon my return, I read this article that points out the wrong-headedness of the "open carry" movement, now in vogue amongst the gun carrying crowd. Check out the photo in this article of these law abiding Pennsylvania gun owners  showing off their guns. Nice examples of law abiding gun owners, no? Why is this necessary? Yes, yes, I know. Guns can be openly carried. But the big question is why anyone would want to or needs to. None of the reasons given are compelling enough to endanger the public with guys swaggering around in our communities with their guns in holsters. Having just returned from Maui where there are actually sensible gun laws, I just can't imagine men with holstered guns swaggering around on the beautiful beaches or around the pool drinking their Pina Coladas. That would pollute the atmosphere and ruin the scenery like nothing else. ( If you look closely at the photo on the left you will see a whale breaching- I took the photo from the hotel room balcony) From the article:

"The way Hazleton is going with the Turkey Hills getting robbed and the Pantry Quiks, people are terrified. It's OK to protect yourself," Irizarry said.

Irizarry wears a sweatshirt that has a picture of a handgun on the back with the words "I carry a Glock cause I live in Hazleton."

Two of Irizarry's friends carry their guns openly in Hazleton and explained why. "You're allowed. It's your right," Dave Terwilliger said.

Added Jose Francisco: "We're not going to go crazy with it."

Irizarry said he understands why recent crime upsets people who have lived in the city all their lives. He also understands why long-time residents might blame crime on newcomers like him who are Hispanic, but asks that people be more discerning.

It's not necessary and it's not safer. You can check here to see the murder/crime rates in Hazleton to see whether the folks quoted above have reason to fear for their lives or their stuff. But just because you have a right to do something doesn't mean you have to flaunt it. Trying to normalize gun carrying will not lead to a more polite or safer society.

Sadly, the "people's will" or, the will of the powerful and well funded gun lobby, continues to operate alive and well in our country. We just can't seem to get past the idea that the rights of guns are more important than the rights of people to be free from gun violence. Actually they can co-exist but don't try to get that one past the NRA's myth making machine. Telling folks the opposite is what makes them all their money, allows them to lobby for what they want, get what they want, and keep their power and influence.

But I digress. While I was away, here are just a few of the shootings in the news:
And last, but certainly not least because legislatures are now in session ( the Minnesota legislature opened its' session while I was away), the Colorado Republican led legislature would just love it if the folks who want their guns everywhere can also carry them around in their children's kindergarten classrooms. Yes, you read that right. These folks stop at nothing to get their guns into every nook and cranny in our communities. There are just plain ridiculous arguments being made about why guns are necessary in schools. The folks who tout these laws should be called out for the stupid and dangerous arguments made to get their way. And I love this quote from the end of the article: " Oh, and a word to journalists: CAn(sic) we please stop calling it “gun rights”? Guns don’t have rights, people do. Let’s just be honest and call it “attempts to expand deadly weapons usage.”" Expanding the usage of deadly weapons makes no common sense. The folks who think their gun rights equal having guns wherever they want them and by people who shouldn't have them are like snake oil salesmen. They are selling the American public and the legislatures all over our country a fallacy.

Thankfully, there is still some common sense left in our country. I am not the only one advocating for sensible gun laws. In fact, I am reading more and more opinion pieces and columns about the issue of "gun control" and the need for it. That is because it is noticeable that the NRA and its' minions have gone too far with their insistence on having guns in every corner of our lives and in their total intransigence to passing laws that might actually reduce crimes and shootings. This opinion piece in a Tennessee newspaper confirms everything I say in this blog. From the article:


If you polled Americans about the gun-show loophole, undoubtedly nearly everyone would say, “close it” — after expressing shock that it exists at all. But the gun lobby, registered gun owners and Second Amendment enthusiasts everywhere should want the loophole gone, as well. It’s a matter of public safety and greatly reducing crime.

It's nice to see so many others getting into the fray. I'm sure the comments from the pro gun extremists were fierce and intimidating, but I didn't read them because they are so offensive. That's the norm. But the more we write, the more we will gain support for common sense. If the pro gun folks want to be against reasonable legislation that won't even affect them, so be it. They are wrong. Let's make it an issue of common ground and do the right thing.