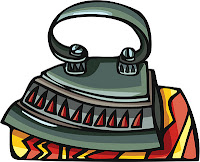 Really, some days the stories that cross my path about guns are just too ridiculous to believe. First is this one about a man who forced his way into a house with a gun in hand and then met with a heap of trouble. This did not go as planned for either side. But that is what happens when guns are involved. The outcome is unpredictable and surprising and sometimes tragic. Luckily that was not the case for these folks but it certainly could have been. In the struggle, shots were fired and missed the police waiting outside and the men inside who went after the crook with the gun.

"Mooney bearhugged him, Steinfeld crashed a wine bottle on his head and Rafatpanah struggled for the gun, which went off four times.

"I saw that he was off-balance, and I think the fear got a hold of him and I could see something change in his mind, and I was worried for my life the entire time," said Mooney. "But I could tell right then that if I didn't do something then things were going to get really serious."

The guys got out of the house. And after negotiations went nowhere, police fired tear gas into the windows and said Stauffer came crawling out."

No one was hurt in this incident except maybe the crook whose ear must have suffered some injury. It could have turned out differently but the guys in the house managed to overcome the man with the gun without using any weapons themselves.

Sometimes people can defend themselves without guns. Such is the case for these Minnesota couples who used their cunning and presence of mind to subdue a criminal who burst into their home. According to the story:

They struggled for a couple of minutes before the victim's housemate could grab an iron from the laundry room and clobber the stranger, who briefly lost consciousness.

They pinned him face down, with the man who was nearly taken hostage sitting on his back. The housemate ran outside and directed the police downstairs, where they found the victim, his face covered in blood, atop the intruder.

Again, only the intruder with the gun was hurt in this case, thank goodness. It looks like a good idea to keep your doors locked while inside of your house ( and when you leave the house, of course) and don't answer the door knock unless you are pretty sure you know who is outside.

And for today's last escapade, I refer to women's clothing as the concern. An Arizona woman with a gun concealed in her bra was arrested.


They seized the gun and arrested Milhoan on charges of being a prohibited possessor of a firearm and concealing a deadly weapon while under 21 years of age.

This woman is only years old and is a prohibited possessor of a gun. Where do these folks get their guns? Why do young women think they need to carry guns around in their bras? Where is common sense?