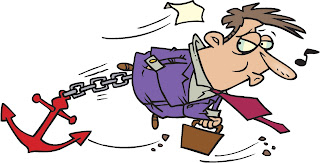 I would just love to be able to go a week without seeing stories about gun permit holders and law abiding gun owners shooting people or making threats with their guns. First, here is a prime example of why that gun for self defense does not always work out the way the gun guys say it will. It is also an example of why people on my side don't like the "Shoot First" kind of laws proposed in so many states. This Florida man may just be sorry now that he was so trigger happy when hearing a noise at the door. Luckily for him, it looks like his wife will survive. But read the words of the law enforcement officer about this incident:


Police say Mr. Valadez will not be charged in the shooting. But a department detective added, "God forbid if is wasn't his wife, it would have been his child walking in because he wanted to pick up his toy. This could have turned out to be a real tragedy. Of course, we learn from these events, and we're asking, just the community that owns guns, to be very careful and be a little responsible."

Indeed. Nothing else needs to be said. On to another law abiding gun owner gone awry- making threats towards your neighbor while carrying a loaded gun is just not a good idea. This Pennsylvania gun owner also shot off his mouth in an inappropriate way and now he is in a bit of trouble. Too bad. This is a guy who should not be carrying a gun anywhere let alone in the privacy of his own home. It sounds like more investigation will discover whether the gun was fired as some neighbors claimed. From the article:


The tenant filing a complaint told police he heard a shot fired from his neighbor’s apartment he walked down the hall to his second-floor unit at Marshall Woods Apartments talking on his cellphone. Soon after, the neighbor who lives across the hall came out of his residence with a handgun in a holster and allegedly said, “Shut the (expletive) up, or I’ll shoot you,” according to a Norristown police report.

And speaking of threats, check out this article from the Coalition to Stop Gun Violence about threats made against Abby Spangler, a Virginia Mom and founder of Protest Easy Guns, who has worked tirelessly on the effort to prevent gun injuries and deaths. If anyone wants to know why gun violence prevention bloggers and others who write articles shut down comments, here it is. There is a definite threat here to break into this woman's home and calling her names which I won't print here. Telling her to "go back to the kitchen" is not only misogynistic, it is offensive and highlights who the pro gun extremists really are. Further, when bloggers challenge these people or shut down comments, the pro gun extremists whine about it and make ridiculous claims that we don't want to engage in reasonable discussion. Whatever. If my readers can find anything that makes common sense in what these offensive commenters have said, let me know.
Posted by japete at 3:15 PM