"Toast" to the new year 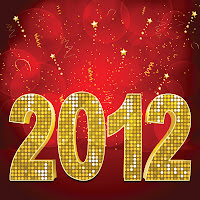 This New York Times editorial hits the nail squarely on the head about gun violence in America.


"None of these have been enacted as the nation heads toward the end of another year of almost 100,000 people shot or killed with a gun. There’s been a hearing for a worthy Senate bill that strengthens the background check and applies it to all gun sales, but the House is poised to swat it down. The gun lobby, fairly crowing, claims the spike in gun sales is because more people are feeling the need to protect themselves — even though the latest F.B.I. data show a 6 percent drop in violent crimes. A raft of studies have found that the presence of guns greatly increased the likelihood of homicide and suicide in households." And also from this editorial:

" Instead of cowering before the gun lobby, political leaders in both parties should be treating the annual gun death toll as a serious public health and moral problem. Polls show the public is wiser than many politicians on the gun issue. Protest candlelight vigils organized by the Brady Campaign to Prevent Gun Violence are being planned nationally for Jan. 8, the anniversary of the Tucson rampage. Nearly 30 cities and towns have signed up, proof that sensible voters are demanding stronger protection from gun violence."

So as we go into the new year with pretty much the same issues before us and the same number of Americans killed and injured by guns, why not get a toaster that embeds the NRA logo on your bread? Just for fun, right? Just as a reminder that the NRA is the most well funded and powerful organization in the country and keeps our country rolling in guns and bought and paid for elected leaders.


The NRA, which began as a grassroots organization dedicated to teaching marksmanship, enters the 2012 election season as a lobbying, merchandising and marketing machine that brings in more than $200 million a year and intends to help unseat the incumbent president. From 2004 to 2010, the group’s revenue from fundraising -- including gifts from gun makers who benefit from its political activism -- grew twice as fast as its income from members’ dues, according to NRA tax returns.

While people are being shot every day, here is what some NRA contributors are doing:


While dining on mahi-mahi and crab salad, attendees at the Friends dinner in Hawaii bid on firearms and hunting equipment. What really got them talking was the NRA toaster, said Glennon Gingo, who organized the dinner. It sold for $650, he said.

Gingo joked that using the appliance is a great way to vet your social circle. “You can make ‘em toast in the morning and see how many friends you really have,” he said.

“I understand that they’re planning on putting out a waffle iron next year.”

Back to reality, my friend, Joe Jaskolka has an important message for people on New Year's Eve. Don't shoot guns into the air to celebrate the coming new year. It's peculiar to me that anyone would do something like that anyway. But I guess some people think anything goes without regard to consequences. With rights come responsibilities. Joe's life, and that of his family, was forever changed by a celebratory bullet.

And most of all, I wish everyone a happy and safe new year. From the Leonard Cohen song, Hallelujah:

Well, maybe there is a God above,

But all that I've ever learned from love

Was how to shoot somebody who outdrew you.

It's not a cry that you hear at night,

And it is not somebody who has seen the light

It's a cold and it is a broken Hallelujah