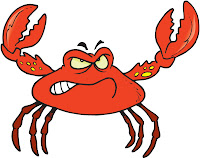 It's always surprising to me that some of my readers totally ignore the main point of my blog and choose to pick out some small detail to crab about in the comment section.  For example, in my last post, I wrote about the woman who shot herself and her two children because she had been taken off of the Food Stamp program and how tragic that was. Not one person commented on that tragedy. Instead, there was a back and forth about minutia and off topic things. For example someone wanted to know why the gun violence prevention groups didn't teach gun safety. Really? I'm sure those gun rights activists would want some of us educating them about how to shoot guns safely. I'm sure he didn't really mean it. He was just being annoying and provocative.

So yesterday, while traveling to the Twin Cities to go to my grandson's pre-school holiday program, I spent most of the time ( as a passenger) answering questions and comments from my last two posts which, for some reason, has uncorked the gun guys in spades. I learned as we were driving of the shooting at Virginia Tech and then later, of the death of the police officer and the shooter. It appears to be random and a murder suicide but I know we learn much more. These gun deaths were also called to my attention:
Excuse me if I am not too sympathetic to the hyperbolic and nonsensical arguments coming from some of my commenters. While all of these innocent people died or were injured by gunfire some of my readers wanted to argue about whether or not I was making false assertions, whether the research and general facts that I offer here on this blog were all bunk, whether or not I believed that people who broke gun laws should be prosecuted, whether gun background check bills actually meant that I was going to confiscate all guns or lobby for a national gun registration, whether or not the common gun owner needs to be armed the same as police officers, whether or not a gun is meant as a weapon to kill, whether or not my side is losing because we have no message, whether or not the majority feels the same as me about gun policy, whether all people belong to an ex facto militia, whether assault weapons are actually needed by people who own them and whether or not I actually need to buy shoes. This last ridiculous remark resulted in this response from me:


By the way, I own about 20 pairs of assault shoes. Shoes kill people every day. Haven't you heard? A new group is forming- CASV- Citizens Against Shoe Violence. We will be having a rally soon in DC. We will ask for background checks for all shoe buyers. In addition they should have a license to wear and register their shoes. We have a right to wear shoes- it's one of those inalienable rights- God given. When we are ready with our confiscation plan we will be coming to the homes of suspect shoe owners with our jack boots. If I were you I would get a good shoe safe. Also you might want to stock pile the most powerful shoes you can get in case of a jack boot attack. For sure, President Obama is on board with this one. If people start stock piling their shoes, it will increase shoe sales and help the economy. 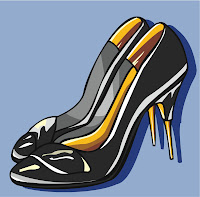 One must admit that these particular shoes do look a bit like a dangerous weapon. But I digress. That, my friends, is the nonsense that transpires for intelligent discourse on the topic of guns and gun policy. I can't say it any other way.

If you want to be amused, check out the many comments on my last two posts. It's entertaining, to say the least. I have some questions for the gun rights extremists who insist on engaging in this stuff. Why are you all so crabby about my blog posts? Why are you so provocative? Why are you so insistent? Why do you ask me "gotcha" questions? Why can't you just read my posts and understand my positions without having to badger me with your repetitive comments and questions? I know many of you do not agree. I get that. I am not writing this blog just for you. Hundreds if not thousands of people are reading this blog daily. So to continue, why do you think I am all about taking away your rights? Some of you are new to my blog. I am not going to keep answering the same questions. Since you all seem to have so much time on your hands, read my previous posts. You will see my facts and my opinions on a variety of gun topics.

Also check out my resources for the good research they provide even though some of you think they are flawed and inaccurate. For instance, if you check out the report on the Violence Policy Center about conceal and carry killers, you will see some numbers. One of my readers insisted that the VPC counted incidents twice. Perhaps he failed to understand that there is a total number of gun deaths due to permit holders (385). Then there is a break-out of different categories ( mass shootings by CCW permit holders=20) and (number of murder/suicides committed by CCW permit holders=29). Those are not counted twice. The numbers on the right are included in the total number, not in addition to it. Also, the VPC is engaged in research, which some of you tried to deny. Others of you don't believe, for example in the polling done by Republican pollster Frank Luntz for Mayors Against Illegal Guns. Here, in his own words, is Frank Luntz:

For my readers who actually believe in common sense and factual information, I suggest you check out these sources for great studies and research about the gun issue.

There are many others too numerous to mention here. The gun rights extremists don't like these resources and try to claim that they are flawed or faulty in some way. They are not. Check for yourself.

And then, let's get things into context. What is more important here- human lives or misperceptions about gun policy and attacks on the intentions of people who work on preventing gun injuries and deaths? I would come down on the side of listening to the people who know what it's like to lose a loved one to a bullet. Watch this video of Omar Samaha, a friend, and someone else who has lost a sister to gun injuries. He speaks about what it was like for him yesterday when he heard about the shooting at Virginia Tech. I had an e-mail exchange also with Colin Goddard, who survived the Virginia Tech shooting in 2007. He was shaken by it. It brought him back to "day 1" as he put it. When he heard about the shooting he was talking to a high school class about his experience on April 16th where he took 4 bullets to his young body.

So please, everyone, lighten up. This is a blog. My opinions are different from some of yours. That is obvious. But peppering me with comments and insisting that I answer your questions is just plain annoying and almost harassment. There is one of me writing. There are many of you commenting. Because I don't agree or don't publish a remark that seems off topic, provocative, rude, or whatever, I am accused of all sorts of devious intentions. Back off everyone. Life is more than gun rights. Life is more than believing that there is someone out to get you at every turn. Life is about life, liberty and the pursuit of happiness. Too many people are losing their lives to bullets causing a whole lot of unhappiness. Compared to the minor inconveniences of having to reload ammunition magazines too many times at the gun range- thus the need for high capacity magazines as was suggested by a commenter- burying a loved one lost to gun violence is actually inconvenient. Those folks have lost their liberties for sure. That is why I write.