No holiday from stupid and dangerous gun stuff 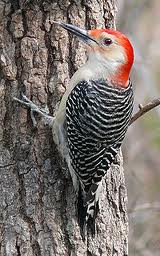 Every year in Minnesota there is a Christmas bird count. Sometimes in the winter time right around Christmas, different species of birds show up in Minnesota. This year was no exception. I saw a Red Bellied Woodpecker across the street from my son's home on Christmas Day. It's unusual call attracted my attention. I had never seen one before. It's quite a large and beautiful bird with it's red head- very Christmasy. I'd much rather do this kind of count than the one I will write about below.

Maybe we should have a gunshot victim count every Christmas. We could compare numbers and places where people were killed or injured. Only these are ( or were) human beings with families and not birds or animals. In the following reported stories, by my count, you will find 17 dead and 17 injured during the 2011 holiday week-end just past. And, by the way, these are just the ones I have discovered or were published in local media outlets. 80 people a day, on average, die in America from gunshot injuries. That is inexcusable.
Please don't let anyone tell you, like the NRA and gun rights advocates, that guns for self defense are perfectly harmless. They are not. Many shootings result from those very guns. It is a sad commentary on the culture or our country. Common sense tells us that these shootings should not be happening in our communities. There are just plain too many victims. We can do better. We can pass sensible gun laws; we can talk more about safety of guns in the home; we can talk more about whether guns in the home and/or in public places make us all safer. The conversation needs to be serious and needs to occur. We have been avoiding it. Shame on us.
Posted by japete at 8:52 PM