Just between you and me.... 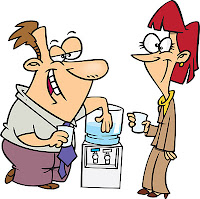 Just between you and me, the NRA and gun rights rhetoric has ramped up of late. Why? Maybe they need more money for their large organization where the executives are paid a handsome salary of over a million dollars each. That amounts to a heck of a lot of donations. Maybe they need to get more of their own elected to office. But it seems like there are no new arguments for their cause so they make them up. My readers know how I feel about this but this New York Times article capsulizes the current situation.


"Left with nothing to fear but imaginary fear itself, the gun nuts are in a terrible rut. They need scary opposition in order to flourish. They need someone to hate. They need conspiracies. And, as always, they need donations.

So, in their world, Obama’s silence, his reticence, his passivity is proof of a grand scheme.

“It’s all part of a massive conspiracy to deceive voters and hide his true intention to destroy the Second Amendment,” LaPierre told a major conservative gathering this fall.

Get it: he’s a stealth threat! By design."

Perhaps if the NRA would admit that we have too many victims- too many shootings- and that common sense measures could be taken to prevent them, we wouldn't need to ramp up the rhetoric on both sides. But what would be the fun in that? This article by Susan Mudrak writing for Media Matters gun facts is a great synopsis of the conundrum of the extreme gun rights rhetoric.


Hah! It's more than a tad ironic that the CEO of the NRA is selling the same line Obama true believers do: "He's keeping his powder dry! Just wait until his second term!" The truth is, the president has shown no interest in actually doing anything to control guns, although he occasionally offers tepid verbal support, like after Gabby Gifford's shooting.

And when their arguments are so tied in with the gun industry and profits, no wonder the NRA works so hard against any reasonable gun laws. It just doesn't pay the rent, the high salaries commensurate with the 1%, the fancy cars,  the gun sales, etc. And so the myth continues about the necessity for guns everywhere and people like me planning to take away rights and guns. Just between you and me, that is not the case.

Just between you and me, we have a problem with private gun sellers not requiring background checks on buyers. People like the ones contacted by phone about internet gun sales continue to sell guns to any one who wants one. Here's what one dealer has to say about background checks when asked if the "buyer" needed one to buy the handgun in question:


I mean, just between you and me, there's a lot of people that buy guns that way that probably can't walk into a gun store and do it, but person to person private sales, you just do it.

O.K then. Just between you and me, I find this to be proof positive that closing the private seller loophole for gun purchases would actually work to stop people who shouldn't have guns from getting them. And who knows, maybe someone won't be shot as a result. 62% of those contacted admitted that they would sell a gun to a buyer who said he couldn't pass a background check. No wonder we have so much gun violence in this country. The gun rights extremists spend a lot of time and energy trying to deny these things happen. It just doesn't fit with their narrative and modus operandi, does it? Even they think criminals should not have guns but they never quite believe that some of their own actually sell guns to said criminals or domestic abusers or adjudicated mentally ill folks. How do these sellers know who is on the other end of the phone or on the other end of a person to person sale? They don't, plain and simply. But never mind. Just between you and me, this country has a crazy gun culture that keeps us from doing the right thing. Where is common sense?