Guns coming out of "nowhere" 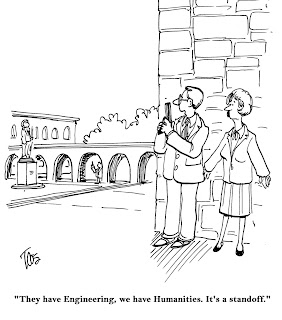 Check out this short video of a gunman randomly shooting at cars as they drive by him on a Hollywood street. Is this a movie? It very well could be. No, it's real life where one person was injured badly by this young man who was having a very bad day. And now he is dead. "He wasn't a bad guy, he just got fed up," stunned friend and neighbor Christina Mesropian said after a KNBC-TV news crew told her the shooter that caused the disturbing scene was Brehm." That's the problem when guns are so available. An otherwise normal and law abiding person who has a bad day can take it out on innocent people too easily. Who could protect themselves from a man standing in the street breaking out into a shooting spree with absolutely no warning or no motive?

The shooter of the recent Virginia Tech incident also seemingly came out of nowhere and was on one of the streets of the campus. His motives are so far unclear. It is such a bizarre shooting, as I guess most shootings are. But to come out of nowhere and just shoot someone sitting in a car for no apparent reason should give us pause. But the someone in the car happened to be a police officer who had nothing to do, at least as far as we know now, with the young man and his gun. The officer was a trained firearms instructor but he couldn't defend himself against a stealth attack, as these shootings often are. But notice that this young college student is just like the students the NRA and its' minions want carrying their guns on campus so they can protect themselves from people like him carrying their guns on campuses. Go figure. The solution could become the problem.There is absolutely no logic to this. It is an argument made with no facts to back it up. People want guns on campuses because they want guns on campuses. It would also create a new market for more guns. Follow the money.

People like this guy are also on our streets with guns. A domestic abuser who, wait for it, ran into his mother's house and got her gun to use to threaten his family, should not be running down the street with that gun.

Another gunman comes out of nowhere to shoot a Kansas police officer- the 4th in a few days that I know of- in a domestic disturbance. Police officers are armed. Even they cannot stop people who are intent on shooting them. ( I missed this shooting of an officer in my previous post)

And then, according to the Virginia Citizens Defense League, in this CNN interview of its' president, Phillip Van Cleave, most shootings are due to altercations and don't come as a surprise. Though most shootings are altercations between people who know each other, some are clearly "out of the blue". Even those between people who know each other are often a surprise with little time to react. In other words, people with guns carried for self defense will have time to get out their guns and shoot their attacker. That is the selling point for people who believe guns should be in every nook and cranny of our communities. Watch the video.

Listen as CNN host Ali Velshi asks Van Cleave how you can be sure that students who get gun permits, and don't have a criminal record or record for drunkenness, etc at the time will not be involved in such behavior once they get the permit? We all know about what happens on college campuses. Young adults behave like young adults in an atmosphere of relative freedom. There are parties. There is depression. There is drinking and drugs. There are relationships and break-ups. There is stress to succeed and achieve. They may not responsibly know where their gun is at all times. This environment is not conducive to deadly weapons.

I have an idea. Why don't we try to prevent shootings by passing common sense laws long resisted by the uber powerful NRA and its' minions? Why don't we understand that more guns do not equal fewer gun deaths? If they did, the U.S. would not have the highest rate of gun deaths of industrialized countries not at war. Check out this editorial from Lori Haas, whose daughter survived the Virginia Tech shootings. The words of the Pete Seeger song, Where Have All the Flowers Gone, made famous by Peter, Paul and Mary are going through my head right now. Oh, when will they ever learn?