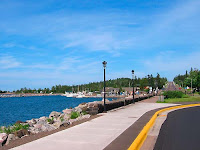 Some days I can only scratch my head and wonder what those law abiding permit holders are thinking when they are traveling with their guns. And why is it that there are so many incidents happening lately? For some reason this one seems particularly hypocritical. One of the leaders of the Tea Party Patriots was charged at LaGuardia airport with carrying a gun illegally in New York. He actually followed TSA rules about having his gun in a safe and declaring it when he checked in for his flight. But apparently he didn't pay attention to the laws about where he can legally carry that gun. Also, though as a law abiding gun permit holder, he should know the rules about carrying a gun on board a plane, he thought he could anyway. From this article:

Mr. Della Fave, the Port Authority spokesman, said: “Unfortunately for Mr. Meckler, he thought he was good to go because he has a carry permit in California, but that does not cover New York. Folks who want to carry a firearm on a flight have to do their homework.”

The gun was not loaded, but “it just as well may have been, as the ammo was right there, accessible,” Mr. Della Fave said.

First of all, though Meckler says he had been receiving death threats, did he think someone on his flight to Detroit was going to kill him while on board? Or at the Detroit airport? I suppose he was not checking any luggage and so he thought he could carry this gun anyway in his carry-on luggage. Some people apparently think they don't have to follow the same rules as everyone else. So, I have a question. If H.R. 822 had been passed by Congress, would gun permit holders then think they can carry those guns that they simply must have with them wherever they go, on planes? Would the slippery slope happen as new gun laws are passed ( since we can't just enforce the laws already on the books) to then allow those guns on planes? Couldn't anyone say they have received death threats? Who would know for sure? Is this why the NRA wants to nationalize gun permit laws? Some folks just don't like the rules so they want to change them.

In other news, a man charged with criminal sexual conduct brought a gun into a small Northern Minnesota County Court House and opened fire, wounding three people, including the prosecutor. Grand Marais is small quiet town along Lake Superior where not a lot goes on. It is the beginning of the beautiful Gunflint Trail where my parents and now my brother have a cabin on a pristine lake, from which my husband and I have begun many canoe trips to the Boundary Waters Canoe Area. But then, shootings do happen everywhere and anywhere. This man was suicidal. Again, if a gun was not available to him this would not have been easy to accomplish. His family was aware of his problems and even knew that he should not be around guns. The man's father did the right thing but Schlienz got a gun anyway.

Schlienz said he didn’t know how his son could obtain a gun. He said that when he initially pleaded guilty to criminal sexual conduct in 2006, he went to his son’s home, took his guns, and put them in a safe in his home.

Schlienz said he checked the guns today, and none were taken.

So the man's father recognized the danger of his son having guns considering his behavior and his emotional state. We may find out as the story unfolds, where Schlienz got his gun. Some folks interviewed while at the infamous "Sven and Ole's Pizza" said this about the incident-


At Sven and Ole’s Pizza, locals found it hard to believe that a shooting had happened in their small town, tossing around words like “shocking,” “unexpected” and “tragic.” The diners tried to narrow down who might have been related to the shooting victims or the shooter himself.

The thing is, shootings like this happen every day in small ( and larger) communities all over America. We have a gun culture in America like none other among industrialized countries not at war. If someone is upset, like Schlienz or someone needs a gun because of death threats, just get out that gun and all will be taken care of. It's a way of looking at life through a certain lens that is shared by gun rights advocates but not by the majority of Americans. Unfortunately, there are so many guns in our communities that it is all too easy to carry out a shooting in an instant moment of anger, depression, revenge, jealousy or whatever emotion leads people to such things. Have we become immune to these daily headlines in our local newspapers? Have we come to accept a certain number of injuries and deaths in communities all over our country? I hope not. Where is common sense?
Posted by japete at 10:36 PM