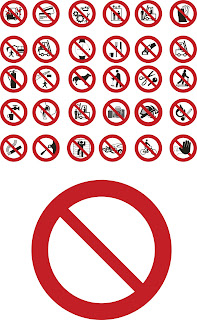 Isn't it curious that there are bans on some products, and/or their use, but not on others? When it comes to guns, which we know will kill and otherwise do serious harm to people, not so much. For starters, let's take the ban on bath salts. We have come to understand that this product mimics cocaine and other illegal drugs in its' effects and has caused people to be hospitalized and even to die. In Duluth we have a large problem with bath salts sold by one particular store. There is an ongoing kerfuffle between city authorities and the store owner.

What about cameras in state Capitol buildings? In Wisconsin- cameras are not allowed, but guns? Yes. Stephen Colbert gets it right in this video about what can be so easily parodied.


Cameras have been banned in the Supreme Court. But some think they should not be.

Here are some products not banned in the U.S. but banned elsewhere:

This article takes a look at products that should not be banned but are anyway due to archaic laws or for reasons that seem questionable.

Should we ban cell phones in cars while driving? The NTSB has recommended that we do. And yet, according to this article, most people would object to this kind of interference with their personal lives. From the article, concerning dangerous things that people do anyway, in spite of risks and warnings:


Guns. About 32,000 Americans die from firearms each year, including 1,500 kids. Yet vigorous activity by the gun lobby and a laissez-faire attitude among the majority of Americans have institutionalized gun violence as a fact of life. Occasional massacres, like the Gabrielle Giffords shooting earlier this year in Tucson, in which 19 people were shot and six killed, or the 2007 Virginia Tech massacre in which 32 died and 25 others were hurt, rarely lead to stricter gun laws

A little humor is sometimes a good way to approach something new. This editorial by Washington Post writer Dana Milbank explains why a ban on cell phones may not be a good idea.


So, to be evenhanded, the NTSB should also propose a ban on back-seat driving, a ban on transporting children, a ban on radios and cup holders, and a ban on GPS devices, so that we can go back to those safer times when we blocked the windshield with gas-station maps. The agency should also ban cellphone use by pedestrians, to keep them from wandering into intersections.

You can find recently recalled or banned products on the website of the Consumer Product Safety Commission. These banned items just make common sense. Such products include girls' shoes, battery cases and glass vases. Glass vases? Yes indeed. Apparently when broken some vases can lacerate people. "One person had surgery, two got stitches." Yup. That's dangerous all right. But compared to the damage done by guns and most particularly the ones previously banned in the Assault Weapons Ban, not so much. How about high capacity magazines, the likes of which were used in the Jan. 8th shooting of Congresswoman Gabrielle Giffords which also killed 6 innocent people? Nope. We can see the damage caused by such bullets whenever Giffords appears in public. Sure, even if the magazines used by Jared Loughner had only contained 15 bullets instead of 30, Giffords would still be having trouble putting words together to make sentences and not able to move her right side as she used to before she was shot. But come on. Anyone can understand that the more bullets contained in a magazine, the more people can be shot more quickly. That is why they are made. But suggesting banning them? Not so much for the gun rights extremists. They love these magazines. They can cause a lot of damage. They are needed for self defense because, after all, you never know when 10 people or so might decide to attack you in public or in your home. Or you might enjoy target practice at the range with these magazines because they are so powerful and fun. So because some people enjoy the power of shooting off this many bullets in a short amount of time, we are willing to endanger the lives of American citizens? Yup. I guess so.

There are other consumer products that are banned for good reason, such as toy guns. This article shows why it is not a good idea to have a toy gun when encountering law enforcement. And what about real guns then? Are there places where they should be banned? Yes. Places where the elected officials themselves do business for one. I really like this article written by mystery writer, Carl Hiassan about guns in the Florida capitol.  He gets it right when he says:


Upon hearing such an alarm, Capitol police should assume that a House member is facing a gun-wielding Floridian who is disgruntled, deranged or possibly both. At this point, Second Amendment concerns should be set aside and all diligent efforts should be aimed at stopping this nut job by whatever means necessary (and we’re not talking about Tasering his butt, okay?).

Also, we wish to formally inquire about the availability of body armor. Does it come with pockets?

In the Florida legislature a panic button is the answer to resolving any problems if someone carrying a gun gets teed off at an official. The public in general would not have that option of course and would have to figure out what to do if an angry voter pulls out a gun at a hearing. I know- we should all have guns then. That would solve the problem. I think guns should be required, in fact, rather than banned from places where city councils, school boards, county boards and legislators meet. Then we could have a free-for-all if gunfire erupts. It would be fun- just like the old west when people shot at each other when they had a beef. Or just like it is in America today when people shoot other people when they have a beef. More guns in public places= more shootings in public places. Why not? And the solution could become the problem. Maybe they should just go back to banning guns in the Florida Capitol. I'm just saying.....

Why would legislators think it's a good idea for armed people to roam the halls of their work place when they are deciding on controversial topics almost every day while in session? In Minnesota, people come to the capitol building openly carrying their loaded guns.

But not everyone follows the rules.

“It’s my constitutional right,” said one.

For many lawmakers, permit holders who follow the rules when they bring guns to the Capitol aren’t a problem: It’s the gun carriers who do not.

“What are the threats here at the Capitol?” asked Rep. Kelby Woodard, R-Belle Plaine, who is a member of the Capitol Security Committee.

Indeed. What are the threats? I am not sure if people carry because they are afraid of people like me who testify in favor of not allowing guns in all nooks and crannies. Or maybe they are afraid of the legislators who carry guns themselves, as in Minnesota we know some do.

Shootings in America are, sadly, a fact of life ( and death). And so are many other things that cause people to die or be injured. We can't stop people from engaging in activities that have been shown to be a risk to their health, well being and even public safety. But we can't just ignore the health and safety problems either.  The NTSB and other organizations working on public health and safety issues can certainly raise awareness and just maybe, some changes will be made as a result to prevent some of the accidents, some of the injuries, some of the illnesses, some of the deaths. Is that too much to ask? I think not. Common sense does work.