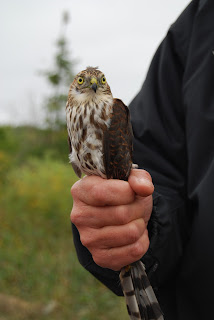 It's always interesting to step away from a passion for a while and do other more important things- like spending time with family on a Thanksgiving holiday. I had a great visit to Pennsylvania where our nuclear family got together and renewed our family ties. While there, I had a chance to make some observations about the area and about life in general. First, we managed to get along just fine without guns and not a thought was given to that idea. Oh, except for when there were a lot of loud gun shot noises coming from close by while we were outside playing with the kids in the beautiful sunny weather. When I say noises, I mean noises. It was loud. I asked my daughter about it and she said there were deer hunters in some woods not too far from their home. Now, there are a lot of wooded areas in this part of Pennsylvania where the roads are narrow and winding and follow the hilly landscape. She actually looked into this with local law enforcement who informed her that there were people authorized to hunt in the area. Once the neighborhood realized this was going on, they have been watchful with the older kids who sometimes play in the woods near their neighborhood. As we all know, bullets travel long distances and it wouldn't take much for a stray bullet to find a person rather than a deer.

While outside, we noticed a very large hawk circling around above my daughter's house, most likely a Broad Winged Hawk. There are two areas of the country where hawks migrate in large numbers in the fall. One is in Kempton, Pennsylvania and one is in Duluth, Minnesota, where I live. I love go to Hawk's Ridge to watch this annual migration of hawks and other Raptors and Peregrines. Several friends volunteer there doing bird counts and leading tours. This fall, I went with a group led by a guide who showed us a Sharp Shinned Hawk up close and personal. At this spot, hawks are trapped and banded so they can track where the hawks go. People can actually adopt a hawk and follow it's progress if it is ever found somewhere and the band is tracked.

So what does this have to do with anything on this blog? I have noticed that some people watch me like a hawk, just waiting to pounce on every word I say. These people look at my blog several times a day, and sometimes in the wee hours of the morning, trolling through blogs and articles just in case a gun violence prevention writer dares to say something with which they disagree. O.K. so I guess some people get a kick out of this. But what in God's name are these people so nervous about? I rarely look at the blogs of the gun rights extremists. Occasionally, my curiosity is peaked, however. One such writer called me "Minnesota's biggest gun grabber". Really? Wow. That makes me one powerful woman. I guess I should be honored but somehow that is not how I feel about this statement. Rather, I am more interested in why someone would say something like that. What is this all about? Are the gun rights extremists so paranoid and fearful of their guns being taken from them that they are willing to make anything up to get people's "undies all in a bundle".

If you look at the definition of the idiom for watching like a hawk, you will see that it is often for the purpose of waiting for someone to do something wrong. Ah, now I see. If I do something deemed to be wrong by the gun rights extremists, they can belittle me and attack me for my views. For what reason? Well, let's see- it keeps people coming to their own blogs. Or it is an attempt to make me and others who share my view look stupid, ill informed, evil, or whatever else can be drummed up. It keeps people buying guns to stock pile them in case someone like me actually comes around to their homes to ask for their guns. It keeps the far right agenda of fear hyped up so people will go to the polls to vote for those who have made promises to the NRA during the election in exchange for monetary and other support. Out of fear of actually discussing reasonable gun policy some politicians spout the usual junk: " I support the second amendment and the right to bear arms." Yes, so now what? Does this mean that because there is support for the second amendment, absolutely no reasonable gun laws can be supported? Does this mean that it's O.K. for 30,000 people a year to die from gun injuries and another 70,000 or so to be injured from bullets? Does this mean it's O.K. for mentally ill people to have guns? Does this make it O.K. for domestic abusers to be able to get their guns in spite of OFP? Does this mean it's O.K. to kill law enforcement officers? What does this statement really mean? I suggest that you ask your elected leaders as they run for their seats. Watch for their reaction.

If anyone is watching me like a hawk, they will know that I am not interested in taking their guns away- unless of course they are seriously mentally ill, a drug or alcohol abuser, a felon, a domestic abuser or a terrorist- or a kid. But never mind any of that. The NRA and the gun rights extremists who watch my blog incessantly would actually have just about anyone carrying a gun around in public places. So they think I am unreasonable when I support sensible gun laws? Crazy. Here's unreasonable. It's easy for non Florida residents to get their carry permit and use it in other states, even if, as in the case of Marqus Hill, their license was revoked in their home state for very good cause. We made it easy for Hill to get a permit to carry when he shouldn't have and now another young man is dead. It should be harder rather than easier. Nonetheless, the NRA and it's U.S. House members want to impose this stellar system on the rest of us. Florida's own Rep. Cliff Stearns led the charge on H.R. 822 and he won. He won because, as I said above, if the NRA says so, it will happen.

Last night I watched the film, Casino Jack, about now famous convicted lobbyist Jack Abramoff. ( I highly recommend this film, by the way.) Featured in the film in several telling scenes was Grover Norquist, the man to whom the conservative elected leaders have given a life long pledge to never raise taxes. I remind my readers that Grover Norquist is not a nice man. He is on the NRA Board of Directors. You can read about his nefarious activities here. This is American Democracy at its' worst. Common sense tells us that people like Norquist should not be making the rules. People like NRA Exexutive V.P. Wayne LaPierre ( the guys with the guns make the rules) should not be making the rules. The NRA should not be making the rules regarding gun policy in our country.

I didn't notice that the gun rights extremists were watching as people continued to shoot each other on the Thanksgiving holiday this year. Here are a few their eagle eyes may have missed:
a domestic shooting in Florida

I could go on, but you get the picture. This is what I am watching like a hawk- senseless shootings that happen every day, some of which could be prevented by passing laws that make it harder for prohibited people to get their guns. Notice also that most, if not all of the incidents linked above were shootings of and by people who knew each other. So what, again, are the gun guys afraid of? Random shootings happen but they are rare. And, unless I missed something, I didn't notice anyone commenting on how their Thanksgiving day went without their guns or whether or not they actually needed their gun over the Thanksgiving holiday and why or where?

At Church this morning, we celebrated the first Sunday of Advent. We are waiting and watching for the birth of child whose day we celebrate on December 25th. We are waiting and watching for the darkness to come and go and lighting candles and holiday lights to light up the darkness as we wait. As with Thanksgiving, families get together over Christmas or Hanukkah or other celebrations and hope for peace rather than violence. I know that shootings will continue unabated. I know that common sense is possible concerning gun policy. I'm watching and waiting for that to happen. I'm watching as readers from Lancaster, PA; Washington D.C.; Buffalo, N.Y; Odenton, Maryland; Inver Grove Heights, Mn; Clinton, N.C; Sheboygan, WI; Tel Aviv, Israel; Mumbai, India; Uppsala, Sweden; West Chester, Ohio; Hollywood, CA; Milan, Italy; Ephrata, PA; Falkirk, U.K; Hong Kong; Oklahoma, OK; Melbourne, Australia; Yankton, S.D; Creswell, Oregon; Kalispell, Montana; Denton, TX; Wheaton, IL; Des Moines, IA; Salt Lake City, UT; Meridian, MS; Englewood, FL; Greensboro, N.C.; Spokane, WA; Las Vegas, NV; Cookeville, TN; Rochester, MI; and all of the other places you call home check out my blog. Keep on watching. I will keep writing.