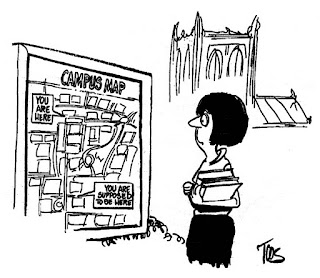 A new study, just released, reveals that suicide is the leading cause of death for college students. This should not be a big surprise given that mental illness is sometimes first diagnosed at the age when kids are attending college. The combination of the volatility of kids of college age, drug and alcohol abuse, pressures to succeed, kids living away from home, and mental illness can lead to bad results. Any of my readers who have or have had college aged kids understand this. When my kids were in college, both away from home, there were times when they were vulnerable. There were break-ups in relationships, tough and demanding classes, pressures to drink and party, problems with roommates, pressures to be good enough students to be noticed by job recruiters and the pressures to get a job out of college. Luckily, they both survived pretty well and now have productive jobs, good marriages and kids of their own. It will be their turn to worry about these things when their own kids get old enough to experience what they went through as older teens and young adults.

During the summer after my daughter's first year at college, a tragedy happened. The boyfriend of her very good high school and college friend committed suicide. The boy also attended the same college as her friend and herself. This young man had had a problem with alcohol for a few years and on this night, he had too much to drink. He hung himself from a tree near his home. This was the first death of a peer my daughter and her friends had experienced. They spent a lot of time together that summer sorting out their feelings and comforting each other. When they went back to classes that fall, their college worked with the students and helped them get through a difficult time.

Here are some facts about suicides and teens/young adults:

Although most gun owners reportedly keep a firearm in their home for "protection" or "self defense," 83 percent of gun-related deaths in these homes are the result of a suicide, often by someone other than the gun owner.

Firearms are used in more suicides than homicides.

Death by firearms is the fastest growing method of suicide.

Research shows that risk factors for suicide include:

firearms in the home,3 the method used in more than half of suicides

exposure to the suicidal behavior of others, such as family members, peers, or media figures.2

There were also gender differences in suicide among young people, as follows:

Nearly five times as many males as females ages 15 to 19 died by suicide.1

Just under six times as many males as females ages 20 to 24 died by suicide.1"

Is there any doubt that having a firearm, especially in the home, is a risk for suicide? No. And yet some of the gun rights extremists don't like it when physicians or military personnel advise people not to have guns around when someone is at risk for mental illness and/or suicide. I have written about this many times before in my blog. Why would anyone want to stop professionals who understand health care risks to save lives of their patients/clients?

Another question is begging to be asked. Why is it a good idea for students and others to be able to carry guns on college campuses? Given the information I have provided above, we can see that young adults of college age are at risk for suicide, no matter where they live. Firearms are the method most used in suicides. The chances would necessarily increase of college kids using guns to kill themselves if guns are allowed on campus. Since the rate of suicide of this age group, though high, is lower for students on campus than others of the same age, perhaps we can assume that where guns are not allowed, young people are safer. Further, these guns will not be used to defend against a shooter as the gun rights extremists claim. Just ask Colin Goddard and other students who survived the Virginia Tech massacre if a gun would have saved them.


The answer is resoundingly,"No". Seung- Hui Cho was mentally ill. In the end he killed himself. That is often the case in mass shootings or even domestic shootings. The shooter is suicidal but takes other lives with him or her. Firearms make that so much easier. You just don't hear about mass suffocations or mass poisonings ( except for the cult suicide case of Jonestown, Guyana).

So, what to do. Dealing with the mental illness before it gets to the point of a mass shooting or a shooting of any kind is the first step. Making sure the names of adjudicated mentally ill people get sent by states to the NICS list is another. ( to date many of the names have not been sent by states) Making sure guns are stored safely away from kids at home is yet another. Prohibiting students and others from carrying guns on campus is very important. There are some places where guns should not be and there are some people who should not have guns. Thinking of not having guns in the home when you have small children and teens is an option for people. And listening to the advice of professionals who understand that mental illness and guns do not go together is just plain common sense.

But none of this matters to the NRA and the gun rights extremists. If they can find another group and another place for guns to be carried, gun sales will increase. Just follow the money. I have discussed that many times as well on this blog. So the NRA pushes and pushes for guns on college campuses. They have not managed to win many of their campaigns in that regard. Generally speaking, people don't want to see students with guns on college campuses. We all know that there have been mass shootings on college campuses. In spite of that, students are generally more safe on campus than on our streets or even at home where most of the shootings in this country take place. But if guns are now to become part of the scene on college campuses, it is likely that there will be more shootings on the streets within the campuses and in the dorms or campus housing units that students call home. Rarely would they be used to defend against a shooter. Further, how will college security and/or police know the difference between a shooter and permit holder in a chaotic scene at a college campus ( or anywhere else for that matter)? They simply won't.