Saints and Angels amongst us 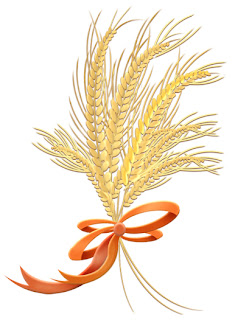 On Sunday at my church, candles were lit for those who had died in the past year. Today is All Saints' Day. Thoughts turn to the dead and those who have died during this past year. Tonight I will be attending a service at the Assisted Living facility where my mother lived until she died last November 13th. I have a poignant memory of the snow covered cemetery on November 18th with all of my mother's grandchildren carrying her coffin to the grave site. I have a vivid memory of all of us placing a rose on her casket before it was lowered into the ground. I have a vivid memory of my son breaking down after he put his rose on the casket. My mother was a special lady- loved by many. She loved her grandchildren very much and showed it in conventional and unconventional ways. Every one who met her knew about her corny humor and her penchant for singing little rhymes and funny songs. We all remember with such tenderness her reciting of the Norwegian table grace at holiday meals. This video is not my mother but it could be. The resemblance is striking and this brings lots of memories for me:

All of the kids in her life remember her plunking out tunes on the piano as she got the kids and grandkids to march around the living room.

But speaking of cemeteries, when people think of the dead or someone close to them who has died, I doubt that they picture this cemetery scene. This is right out of a gangster movie- a shooting at a burial of a Hells' Angel member in San Jose, California. Wow. What gets into people anyway? Is nothing sacred to these guys?


It was at Pettigrew's burial where more violence occurred. Two shots were fired, and Tausan, Pettigrew's good friend and high-ranking Angel, lay bleeding with a mortal wound. Police suspect fellow Angel Steve Ruiz of firing on Tausan after they argued over the casino shooting and whether enough was done to protect Pettigrew, the president of the San Jose chapter.

So the man who was buried had been shot in a casino shoot-out days before this shooting.


The Angels have always maintained they are a club of motorcycle enthusiasts who are unfairly regarded as an organized crime syndicate because of the crimes of a few members acting independently. The club participates in charity events, such as “Toys for Tots” motorcycle runs and blood drives.

“When we do right, nobody remembers,” the club's Web site states. “When we do wrong, nobody forgets.”

I guess when you shoot a man at the funeral of another man who had been shot a few days before, people will remember it. When guns and shootings are in the news about your organization, people remember that. When you have shoot-outs on a fairly regular basis people will remember you. By the way, are these folks law abiding gun owners? I'm just asking.

On this All Saints Day, I will remember my mother, who lost her daughter to fatal gun injuries. I will remember the 82,424 people who have been shot so far this year. Not all of these people died, however. Only about 31,200 a year die from their injuries! They are the Saints amongst us. They are the people remembered this year on this day. Theirs are the families who can still picture the funerals in their minds and who go to cemeteries all over the country to visit the grave sites of those who went before them in tragic and violent death. When people are shot to death by "Angels" at funerals of other people who were shot to death, it's life imitating art; or is it the other way around? Hells' Angels is an international organization and has been involved in violence all over the world. But only in America do we have the number of gun deaths, above, that should be a cause for real concern. Where is common sense?